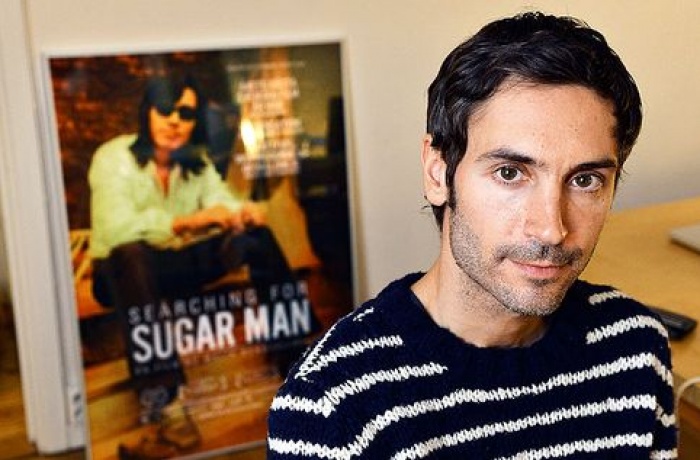 Malik Bendjelloul, the cash-strapped film maker who shot to Hollywood stardom overnight with the Oscar-winning music documentary Searching for Sugar Man about an obscure Mexican-American folk-rocker who became a cult hero in apartheid-era South Africa, has died. He was 36.

Swedish police spokeswoman Pia Glenvik told The Associated Press that Bendjelloul died in Stockholm late Tuesday, but wouldn't specify where his body was found or the cause of death.

She said no crime is suspected in relation to the filmmaker's death.

Searching for Sugar Man, which tells the story of how singer-songwriterr Sixto Rodriguez became a superstar in South Africa without knowing about it, won the Oscar for best documentary in 2013. It was the first time a Swedish film had won an Oscar since Ingmar Bergman's Fanny and Alexander in 1984.

"Oh boy!" Bendjelloul exclaimed when he accepted the Oscar for best documentary feature from Ben Affleck last year and proceeded to thank "one of the best singers ever, Rodriguez."

The film also won several other prizes, including a British BAFTA for best documentary and the Swedish Guldbagge award.

Bendjelloul came across details about Rodriguez during a trip to Cape Town and decided to tell his story. The Detroit construction worker's albums had flopped in the United States in the 1970s and he disappeared from public life. But unbeknownst to him, his records had developed a cult following in South Africa during the apartheid era, when boycotts cut the country off from the rest of the world. His music gained a massive following among white liberals who were inspired by his songs protesting the Vietnam War, racial inequality, abuse of women and social mores.

His South African fans came to believe that Rodriguez had died a bitter death, but it wasn't until after the end of the apartheid regime and the advent of the Internet that the truth was revealed. The film follows the quest of two South African fans to determine Rodriguez's fate. They found him living in obscurity and working on construction sites in Detroit, and brought him to South Africa for a triumphant concert tour.

"I had never heard anything close to this in terms of the emotional content and the spectacular way things evolved. My jaw just dropped," Bendjelloul told The Hollywood Reporter after winning the Oscar.

The documentary's Oscar win led to yet another career rebirth for Rodriguez who has been touring major venues in the U.S. and introducing American audiences to the songs he wrote four decades ago.

Rodriguez was performing Tuesday night in Detroit, but his manager said he wouldn't be making a comment on Bendjelloul's death. Efforts to reach the singer's daughter were unsuccessful.

The soft-spoken, unassuming Bendjelloul worked as a reporter for Sweden's public broadcaster SVT before resigning to backpack around the world. He got the idea for Searching for Sugar Man — his first feature film — during one of his trips, but it would take him more than four years to complete the film.

Bendjelloul later recalled that when the film was 90 percent finished, after he had been editing it for three years, the main sponsor said it was lousy and withdrew support.

At this stage he had already used up all his savings and borrowed money from friends, so he stopped working on the movie and took other jobs to make ends meet. In the end, he completed the film by shooting the final parts with his smartphone and making his own animations.

Bendjelloul was born in 1977 to Swedish translator Veronica Schildt Bendjelloul and doctor Hacene Bendjelloul and acted in the Swedish TV series Ebba and Didrik as a child during the 1990s. He studied journalism and media production at the Linnaeus University of Kalmar in southern Sweden before joining SVT where he worked as a reporter on the culture program "Kobra."

Bendjelloul's death came as a shock to many in the close-knit Swedish film community.

"This terrible news has put us all in a state of shock," Swedish Film Institute spokesman Jan Goransson told the AP.

"Malik Bendjelloul was one of our most exciting film makers, which the Oscar award last year was a clear proof of," Goransson said.

He said Bendjelloul had been working on a new movie before his death but wouldn't give any details.

The film director has previously said he escaped the Hollywood hype around him after the Oscar award to go on a safari and has been working on a film about a man who could communicate with elephants.

Swedish film critic Hynek Pallas, who traveled with Bendjelloul to Hollywood when he received the Oscar, described him as a modest, but very determined man.

"He was an incredibly talented storyteller," Pallas wrote. "He had the strength of a marathon runner; to work on his film for so many years and sometimes without money, then you have a goal."