Wojciech Staroń: “The only ‘director’ is God” 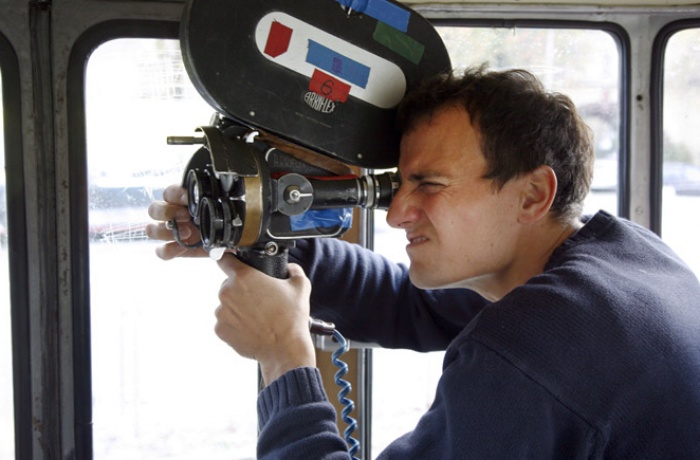 One of Poland’s most acclaimed documentary directors and cinematographers, Wojciech Staroń, should be a well-known figure to the Docudays UA fans. In 2012 his Argentinian Lesson won the main DOCU/LIFE prize. This year DOCU/BEST presents his latest, Brothers, an award winner at prestigious film festivals in Locarno and Leipzig. It is a story of two brothers, an artist and a scientist, who went through a Soviet labor camp and are now trying to find their place in modern Poland.

Currently Wojciech is busy working on his next project, but he was kind enough to talk to us about Brothers, creative documentary, and the complexity of life.

I met the brothers in 1994 when they were still living in Kazakhstan and I was travelling during my studies at film school. From the beginning I knew that they would be great protagonists and great characters. I took a lot of photos with them and we spent a beautiful time travelling in the Tien-Shan mountains.

I started to shoot this film in 2007 when the brothers were already living in Poland after being repatriated. I was looking for the style of this film for a long time. Actually, not only the style but also the rhythm. I was just thinking, who is telling the story? Are we supposed to be inside the film? Who is the storyteller? What is the right distance between the storyteller and the characters?

And finally I found out that this is not the film for a vivid, shorter-lens camera, the style that was used in my previous film Argentinian Lesson; I realized that I needed more distance. I needed a tripod and a longer lens to shoot both of them in one frame.

Because we were friends they were not afraid of me, they trusted me, so they forgot about the camera very quickly.

Anyway, most of the time we spent together we were talking, eating, walking… Filming occurred only occasionally.

Even while working with strong characters I am always only telling my story. Of course, in their case, their life was more extraordinary, in my story I was catching some small parts of these incredible lives and I was trying to compose a real, but also metaphorical story, based on true emotions and true situations.

There were many funny situations during the shooting. Maybe the trip to Brussels was the most exciting and funniest. Of course, the return was terrible and very emotional.

The filming, editing, and postproduction took seven years. I needed the time to observe the changes in their lives, so I would stop shooting, go to another project, and then I would return after a few months, and so on and so on.

The rhythm of the film is very important for me, because it shows your internal reflection about the phenomena of life. I think that nature, art, beauty, old age, tragedy, and brotherhood have a special composition in this film, something that makes our life more complex.

I treated the archive footage of the brothers like an emotional landscape, something that is more than just reality.

I would like to show this film to every sensitive person who is searching for beauty in his or her own life, just like the brothers in my film do.

Film Festivals are very important because they are the best place to screen the film to a proper audience.

In the film process I like shooting very much, this is the best period of production for me, but I also like the end of the editing, because I believe that this is the moment when you can put your own spirit into the film.

I set up the production company (Staron Film) with my wife because we wanted to work together, and because documentary filmmaking is part of our life, it is not just a job. We want to tell the stories which are important, strong, and give hope.

There are few very important filmmakers for me: Tarkovsky, Bergman, Kieslowski, Haneke, Audiard, Leigh. I’m not searching for a new project. I am sure that a new project will come to me like all the previous ones.