At Home among Strangers 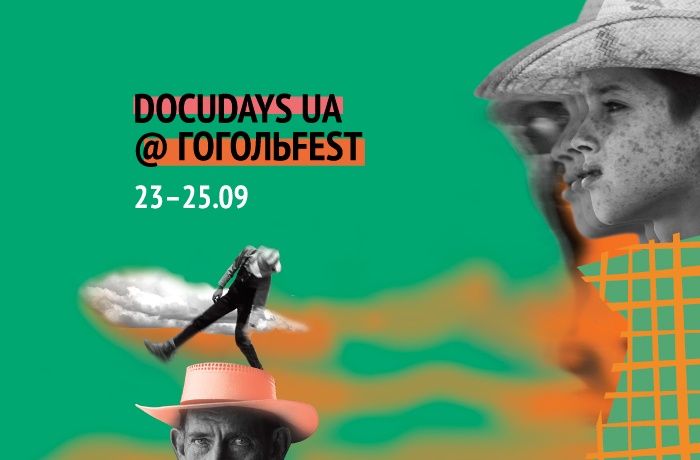 GOGOLFEST starts in Kyiv this Friday, 16 of September. Docudays UA is screening latest documentaries during the Modern art festival for the fifth year.

This year’s GOGOLFEST theme is a myth of Babylon and it’s reflections in the modern time. This myth is about people dreaming and daring to reach the sky. But they didn’t understand and accept each other, so they left the building. Docudays UA will present films that raise problems of communication, dreams of utopia and an individual being lost in the society.

“Salamanka” by Ruslan Fedotov and Aleksandra Kulak was specially mentioned in this year’s DOCU/SHORT program. This is an exquisite and thoughtful film about Mennonites. In Salamanca time stopped two hundred years ago, when the first Mennonites came to Mexico in search of their place on earth. Everything here is predetermined, and the lives of the descendants repeat the lives of their ancestors. This commune’s whole story is a story of attempts to hide from laws and rules of the rest of the world. The authors ask the viewer: do these peaceful “sects” create their own authoritarian regime by hiding from cruel systems?

“Strange particles” by Denys Klebleev is a film about the two mysteries of our life - loneliness and love. This is a delicate story of a “strange man” being regected by the society organism. The film conforms with the Tower of Babylon myth, being a story of us rejecting each other. “Imagine the night, right? Quantum mechanics, the garden, the stars… see all this?” - says Constantine, young phyician and the hero of this film right into the camera.

“Pervert Park” by Frida Barkfors and Lasse Barkfors is a film about the people nobody wants as their neighbors. Founded by the mother of a convicted sex offender, Florida Justice Transitions is a trailer park that is home to 120 sex offenders struggling to reintegrate into society. The film uncovers the taboo topic of outcasts and at the same time shows rare empathy to people usually “utilized” by our society.

Series of KinoKlass master classes will also take place during GOGOLFEST. The education project aims to invite as many contemporary cinematographists as possible to this platform. Beginer directors, operators, producers and actors will be able to get information about shooting preparations here. The project includes around 50 master classes by leading Ukrainian cinematographers. Gennadiy Kofman, Docudays UA program director will tell how to produce documentary films successfully.

You can find detailed program schedule at festival website.