All sorts of Illusions 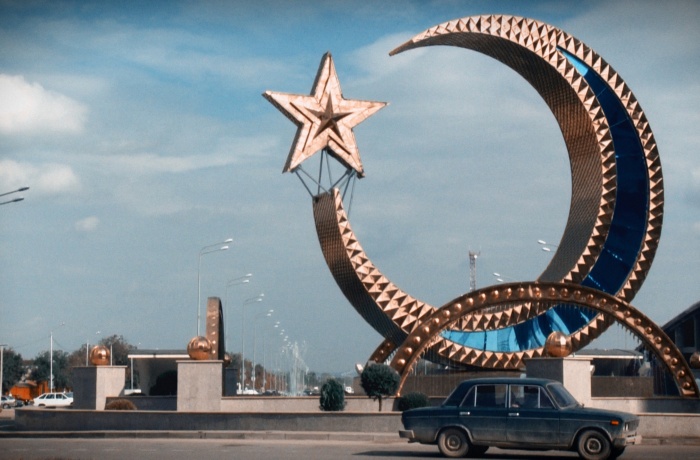 More and more filmmakers are trying to persuade us that stable ideologies and values do not exist, since the world is currently in a situation of total flux. In addition, it is not so easy for people to build the world on honest politics, because in order to do that, one needs to sacrifice a great deal. However, does today’s world deserve such sacrifices? Let’s find that out in BEYOND ILLUSIONS, the core program of the festival...

The film Democrats by Camilla Nielsson is rather an antithesis to the big mosaic world, since the establishment of the pseudo-democratic regime in Zimbabwe is another attempt to create an illusion of law and order. In reality, Robert Mugabe has been in power for too long, and because of that, his regime increasingly resembles totalitarianism. Mugabe is successfully ruining his country’s economy, and deals with his competitors quickly and efficiently – he simply kills them. It would seem that, in the times of high-tech civilization, such methods look too archaic; however, that is exactly the idea of Camilla Nielsson’s work; she counterposes the regime of thugs to the intelligent opposition led by Douglas Mwonzora.

The experimental Bitter Lake by Adam Curtis tries to tell a couple of stories which overlap, forming a complex polyphonic fabric. In essence, Curtis’s impressionist work explores the character of relations between Saudi Arabia and the USA in the context of the war in Afghanistan. One layer of reality intersects with another, and finally it seems that Curtis wants to achieve the effect of total presence by long shots and conversations using the BBC iPlayer. At the same time, Bitter Lake is an attempt to look at the contemporary world from various focal points, showing history as one big report, and thus, at times, uncompromisingly and straightforwardly. Curtis’s central idea is that the West’s mistakes in the Middle East are the consequence of an early agreement between Franklin D. Roosevelt and Saudi Arabia at Bitter Lake immediately after World War II.

Grozny Blues by Nicola Bellucci is another attempt to convey the experience of people who have become hostages of history and big politics. At the same time, it is the bitter colonial story of a country that tries to break the illusion of Russia as the ‘guardian’ of Chechen life. Nicola Bellucci shows Chechnya as a country that did not submit to Putin’s totalitarian regime, as reflected in the struggle of four brave women. For many years, they have fought against the injustice and lies of Russia, and every year for them is another step in unmasking the imperialist world. In one of the protest scenes, these words are spoken: “Putin should come outside with me one to one, if he is a man.” The women live in a building where a blues club is also located, and it immediately invokes another analogy about struggle, travel and nostalgia that distinguish blues from other musical genres. The young attendants of the club are also trying to understand the labyrinth of history, especially the identity of the Chechen people. Its basis is the pride in one’s own people, as depicted earlier by Aleksandr Solzhenitsyn in The Gulag Archipelago. Bellucci does not show the suffering and grief of either these four women or other people, even though from the very first shot, of a house on fire as a symbol of Chechnya, it seems that the film is about the war after all. The director focuses more on the concept of pride and dignity, which is concentrated in the seemingly impossible and incredible center of humanity in the middle of Grozny, ‘the city of joyful dreams’.

There are collective illusions that involve whole peoples and nations, immersing them in the lethargic sleep of history. Apart from those, individual illusions also exist, which are not so dangerous, but similarly symptomatic. The latter type of illusions is described in the tragicomic story of the Ukrainian Sheriffs by Roman Bondarchuk. It is the story of two men from Stara Zbiryivka village who were appointed to protect law and order by their fellow residents. Viktor and Volodia are typical representatives of a Southern Ukrainian village: one of them is indeed a former policeman, another one is a ‘strong man’ and a farmer. They are called ‘the sheriffs’ in the village. They drive around in a Moskvich car, look for criminals, and establish justice. Using the example of these two people, Roman Bondarchuk demonstrates the ordeal of today’s ‘new’ Ukraine, particularly against the background of the Euromaidan, the currency devaluation, and the tough country life. Indeed, the country is going through difficult times, and thus the guys decided to help people, turning the Kherson region not into the Wild West, but rather into the completely habitable South, free and independent.

Speaking about breaking illusions and removing historical veils, The Event by Sergei Loznitsa is an attempt to show the failed attempt at a coup d’etat in Russia. The film is composed of edited chronicles from archives. Loznitsa demonstrates long shots of people who believe in the future that is supposed to bring a qualitative upturn to their lives. Maybe a democratic and open Russian society did not actually form as a consequence of these events, but the coup became the turning point which led to the collapse of the USSR, and gave other countries a chance for freedom and for making their own choice. Similar to his film Maidan, Loznitsa shows a unified mass of people who, in the ocean of slogans, try to rewrite history by forming a new order. These people have an exceptional faith, even naive to the point of being absurd, that a collection of individuals can change the course of history. What happens after the break is a different question, since later on it is not the general mass but the separate individuals who will have to deal with the flow of time, often risking their comfort, their values, their lives. That is why the first blood on the Palace Square, just as the first blood on the Maidan, immediately draws a line under the hopes that never came true.