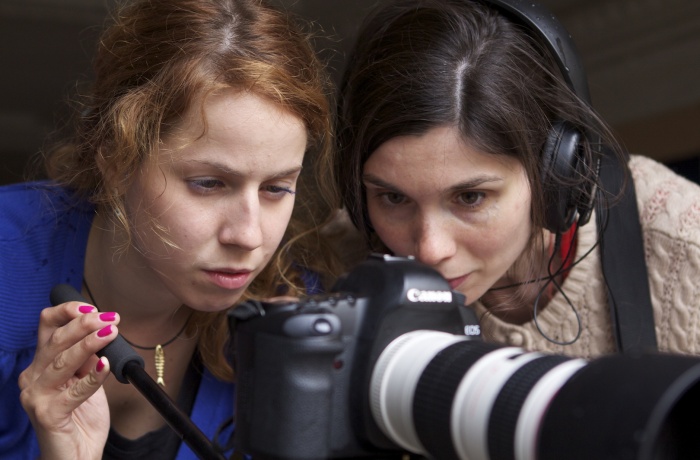 New education project “The young about Ukraine” for young Ukrainian cinematographits starts this autumn. Well-known Polish film industry masters will have series of lectures and master classes in Ukraine telling where and how directors should look for support.

Call for applications for participation in “The young about Ukraine” education project by famous Polish cinematographits has started. Series of workshops resulting in script and trailer presentations of the new documentaries will take place for the chosen paticipants in Ukraine and Poland from September to December. The main demand for the projects is a present-day plot. It should be contemporary stories where heroes define themselves in all the complexity of the present Ukrainian situation.

“In our tradition of documentary production there is no serious research, no film idea developement before director takes the camera. That’s why we often see lack of normal contact of the author with the film hero, fragile film structure and problems with dramatic concept. We will dedicate most our work to the process of project developement.” - says Gennadiy Cofman, Docudays UA program director. Gennadiy will curate some of the chosen documentary projects in “The Young about Ukraine” education workshop.

“Speaking about the financing problem, it is especially difficult to find film producers from other countries. And it’s understandable: noone knows you yet. Giving money to the director you’ve never worked with is risky; not everyone would agree to that. And here opens this unique opportunity not only to develop your project with famous masters as curators, but to present it to the investors and almost certainly get financing. Because in this case the masters will continue to curate the project on every level of film making. I also think that the best projects will be presented on the pitching on the next Docudays UA festival and will participate in State Film Agency competitions.” 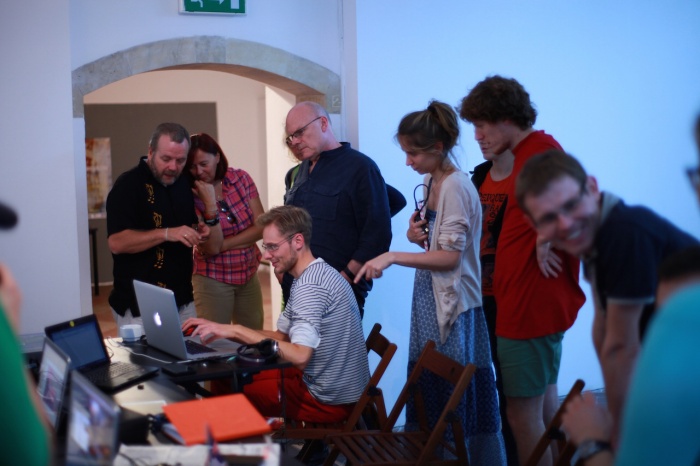 During one of the workshops Doc'n'World Foundation (Photo by Vyacheslav Tsvetkov)

“Unlike Ukrainian documentaries where an enormous break between generations happened due to stagnation of the film production in the last 20 years, the succession of generations didn’t break in Poland. The curators in this project are now forming the so-called Polish documentary school. Marcel Lozinski is one of the founders of the “Cinema of Moral Anxiety”. His film “89 mm od Europy” was nominated on Oscar, and we have screened it on Docudays UA, as well as “Poste restante” and other films. For many years he has been teacher at Andrzej Wajda School. Jacek Blawut also teaches at Andrzej Wajda school and at Lodz Film Schooll. I am very glad we finally could publish Ukrainian version of a book by Blawut “A hero in a documentary film”. The film world created by Blawut is unique and especially notable for the work with heroes, sincerety and trust that emerge between them. Among the young generation it is hard not to mention Wojciech Staron. You could see his film “Brothers” this year in DOCU/BEST program”, says Gennadiy Kofman.

The participants will work on their projects under curation beginning with the moment when an idea of a video documentation appears, and to creation of a trailer and preparation of a proffessional film script. In the end young directors will participate in a pitching in Warsaw where they will personally present their works to the TV editors, film industry representatives and other potential sponors.