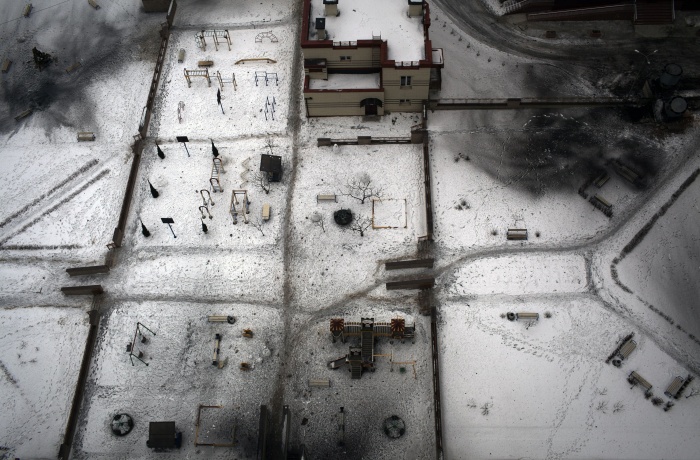 On October, 26th, Docudays UA and the International Committee of the Red Cross delegation in Ukraine are presenting a new competition of documentary films’ projects in the Molodist Film Festival with the prize fund of $5000.

WARSCAPE is an international competition for documentary filmmakers who have projects related to long-term consequences of war conflicts for the civilians in Eurasia.

“In contemporary conflicts, civilians are becoming the victims of armed violence. Moreover, after the conflict ends, when the weapons are laid down there are many serious consequences that last for decades: from destroyed infrastructure, to the social disintegration, the painful suffering of the families whose relatives went missing, to name just a few. This contest aims at raising awareness of these lasting consequences and wants to draw the attention to the fact that civilians and their livelihood, needed for their survival, must never be targeted“, - said Sanela Bajrambasic, communication delegate of ICRC.

“Why is competition called WARSCAPE? 'Landscapes' in this context imply a lot more than just regular landscapes. It is a certain dimension, where something is taking place, literally and metaphorically. A warscape is, on the one hand, a land which has experienced or is experiencing a war conflict, and on the other hand, it is a long-lasting imprint on the mentality, socio-economic patterns and culture of the society that is living or has lived through this war. And a human being is an inseparable part of the dimension, both as a creator and a victim”, – says Yulia Serdyukova, a coordinator of the competition, about its theme.

For two years running Docudays UA has not only been screening films, but also supporting film production.Together with The British Council was announced two project:  “The Guardian goes Ukraine” with the well-known newspaper The Guardian and DocWorks: UA/UK project with the Sheffield Doc/Fest. WARSCAPE is a new unique opportunity for Ukrainian and foreign filmmakers to find support for their film. The winner will receive $5000.

The organizers of the competition will provide more information about the tasks and conditions of the competition during the presentation that will take place on October, 26th, 18:30, in the Cinemateque Hall of the Kyiv Cinema. Afterwards all the conditions will become available on our website in the Opportunities section.

The entrance on the competition's presentation is free by prior registration.

On photo: Donetsk, Ukraine, 2015. The consequences of shelling of the residential area. The author is Amnon Gutman (the photo provided by ICRC)