WAYFARERS: There and back again 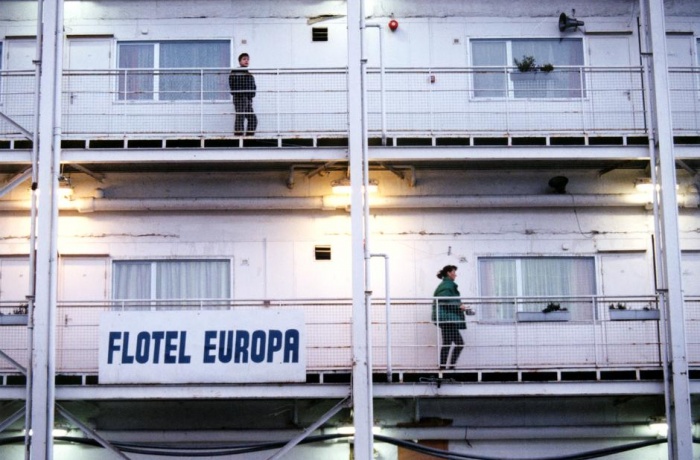 This year we proposed Maksym Butkevych, human rights activist and Co-Ordinator of "No Borders" project of the NGO "Social Action Centre", to moderate festival's program WAYFARERS. Without phobias and clichés, thoughtfully and carefully Maksym invites audience to talk about festival's films dedicated to one of the most actual topics in the world - migration.

A year and a half ago some Ukrainian media started to report about ‘our own people,’ that is, about the forced migrants (a.k.a. ‘internally displaced persons,’ in the official parlance) from the occupied territories and the warzone. Ukraine was just starting to get used to the new phenomenon of forced internal migration. Waves of negativity towards the migrants from the Donbas began to recede as soon as the forced migration took on concrete faces and names: the ‘Donbasians,’ unidentifiable at first, started to acquire the features of specific living human beings with individual destinies, joined by the tragedy of war and occupation.

In the case of international forced migrants, this has not happened. Even many of those who would like to do it lack the appropriate optics, calibrated to distinguish individual features and destinies in the masses of ‘those refugees’ who are flooding the territory of Europe. It is this optics that is provided by documentary makers from various countries. And then, the picture changes.

In the special program of Docudays UA dedicated to migration, you will not see any ‘hordes of dangerous outlanders.’ We see faces and hear voices that tell us about the intimate matters, about how personal worlds get ruined in the cruelty of war, and how in their place, new ones emerge – wherever that is possible. The small world of refugees from Bosnia, from the times of the previous large-scale refugee crisis in Europe, can be seen through the eyes of the teenage refugee which the director of Flotel Europa was back then. The complex and tragic story of one Syrian family, their love, freedom and prisons, was recorded for years by the director of A Syrian Love Story – who in turn became part of the story itself. In Road of a Migrant, Ukrainian labor migrants pray for family reunions and their loved ones in foreign lands, retelling the story of how it is to be second-class citizens. And the inhabitants of the tiny Italian island of Lampedusa try (in the film Lampedusa in Winter), as a community, to deal with local problems without abandoning the migrants who are rescued in the sea by the coastguards, and resenting those who use their community to inflate fears of migrants all over Europe.

During the special program on migration at Docudays UA, you can see, hear and discuss all this, thoughtfully and carefully. We will do it without phobias and clichés – they are inappropriate here.

Has been working as a TV and radio journalist for ten years. Has been participating in social, civil and protest initiatives. He’s an activist of the Kyiv-based project “No borders”. Now his main activity is to provide assistance for refugees and IDPs. Maksym Butkevych emphasizes that it is important to promote and strengthen critical thinking in the society: “I believe that any discrimination is detestable and deserves resistance. Sheltering others and solidarity are what makes our human history possible. Freedom of movement is our inalienable right. I am shocked how easily people forget about their own refugees and migrants and how enduring xenophobia can be.”