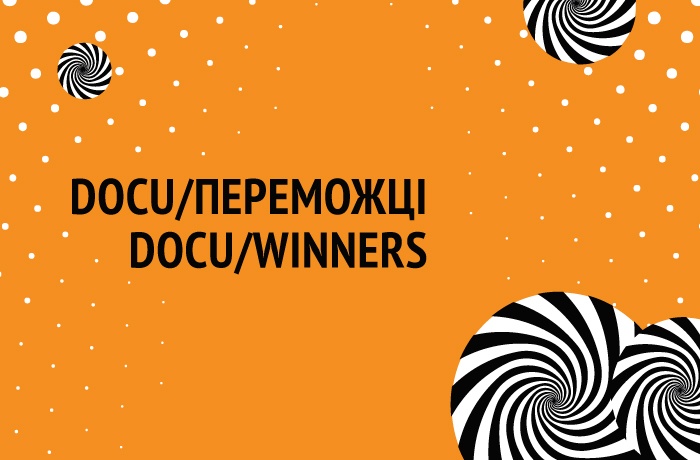 Films were competing for prizes in categories: DOCU/LIFE, DOCU/RIGHT, DOCU/SHORT, DOCU/UKRAINE and for the special prize from Students’ Jury. The festivals’ Orzanizing Committee favorite is awarded with the Andriy Matrosov Award. After the ceremony was the Ukrainian premiere of the documentary film Mariupolis the Lithuanian director Mantas Kvedaravicius.

During the closing ceremony the results of "The Guardian Goes Ukraine" national contest were announced as well. The final pitching included six documentary projects, three of which were awarded by the jury. The £5,000 grant from the British publication The Guardian has won the Match of Her Life project by Alisa Kovalenko. The British Council in Ukraine and Docudays UA have also chosen the winners. Docudays UA has granted £3,000 to Semen Mozhovy and his project The Story of the Winter Garden. The British Council gave the grant (£3,000) to the Lenin-Fall project by Svitlana Shymko.

For its superb and precise depiction of a hidden and claustrophobic world full of memory and pain, the directors beautifully realize a work of cinematic accomplishment that makes for one of the most expansively human portraits we’ve ever had the privilege to see . It is, simply put, a big film.

This thoroughly original vision introduced us to an incredibly exciting cinematic voice in the Ukrainian landscape. Displaying artistic courage, the director dared to choose an off-road narrative of an epic event whilst completely exploding the documentary form in a thrilling way.

For the humanity and the capacity to stand for your rights despite internal and external obstacles in spite of physical pain and everyone’s rejection.

For the powerful and important archival work. For the musings over the difficult questions through the soldiers' doubts that unveil the ugly face of war.

For showing the difficult contradictions inside the Muslim world and the ability of civic society to resist the inextricable circle of violence. For giving the word to each of the sides when it seems that the dialogue is impossible.

END OF THE WORLD

A film of natural insight, this emotional, balanced, well structured film discusses loneliness, and longing, caring, affection, and courage in everyday city life, making a strong statement about making a difference through humanity and the art of listening.

A film built around powerful visual compositions that truly stay with you. This harmonical, poetical film contemplates the crucial moments when we reach the most difficult choices in your lives, circling from childhood to old age, with a unique view inside an isolated community.

PEOPLE WHO CAME TO POWER

This film is at the same time raw, controversial, and understanding. It’s powerhouse film making with immediacy you can’t turn your head away from. It offers insights, and allows access into an enormously difficult situation of violence, conflict and illusion.

This bittersweet, tragicomical and universal story about artistic struggle and friendship was our emotional favorite, showing a wonderful chemistry between the two protagonists, and building the atmosphere in a genuine and organic way.

For the prosperty of film art.

For creating the convincing sensation of fragility and vulnerability of life. For the ability to hear, love, and accept the people with their contradictions. For the masterful visualization of overwhelming despair and unbreakable optimism combined in the same people at the moment of tragic Mariupol shelling.

Also the LETTER TO FEST festival distributor have chosen the best Ukrainian documentary of the Docudays UA'2016 program. It is a film Panorama by Yuriy Shylov. The prize from the distributor is a certificate for a free submission to 50 international film festivals.