New Horizons: Towards a discussion about women in documentary cinema 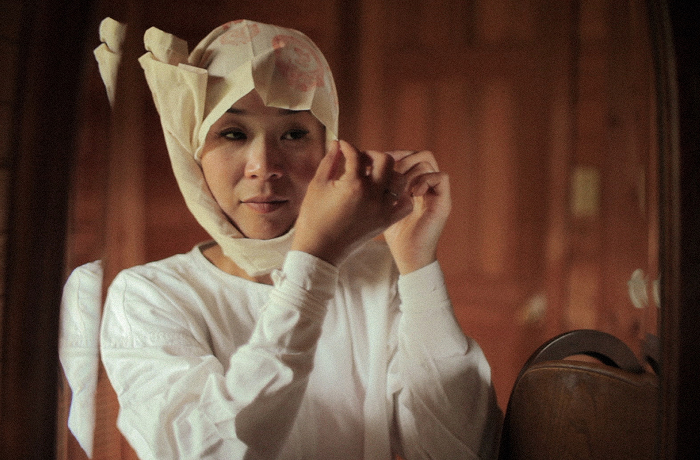 This year one of our festival’s non-competitive programmes is a selection of three films by female documentary filmmakers which we called THREE THINGS I DON’T KNOW ABOUT HER (hello, Godard, my old friend). The films presented in it, chosen by our programme coordinator Darya Bassel, undermine the stereotypes about women’s destinies and roles in the contemporary world. Gulîstan, Land of Roses by Zaynê Akyol is a film about the path to freedom (internal and external) taken by the female members of Kurdistan Workers’ Party. Ama-San by Cláudia Varejão is about the beauty of the everyday lives of ordinary women. Venus by Lea Glob and Mette Carla Albrechtsen is about the courage to defend your right to your body, sexuality and fantasies.

Also, this programme is a perfect opportunity to think about the place of women in documentary cinema. What is this place? Why is it important that women make documentary films? Are there any differences between ‘female’ and ‘male’ documentaries? Obviously, it is difficult to answer these questions in one small article. But we promise that this is only the beginning.

The discussion about the place of women in the world of documentary cinema can be started by turning to its beginnings. For many people, this foundation is represented by Nanook of the North; the director of this film, Robert J. Flaherty, is considered to be the father of documentary cinema. However, few people know that without Robert Flaherty’s wife Frances this film would never have happened. In fact, she is the co-author of this film. But this fact is rarely mentioned, not least because Frances herself dedicated a major part of her life to creating and maintaining the myth of Flaherty as the patriarch of documentary cinema. This story illustrates the distribution of roles between men and women within the patriarchal order, where the man is the one who occupies the place of a demiurge and a genius, and the woman is meant to perform the caring and organisational functions instead.

Has anything changed in the last hundred years? Statistically, in the US in 2012, ‘as many as’ 34.5 percent of documentaries were made by female directors. There are no corresponding data about Ukraine so far, because in our country, nobody has yet dealt with the issue of women’s participation in the film production process (which is hardly surprising, since even discussions about gender quotas for women in the government usually get reduced to exclamations about how women have to stay at home and take care of the children). Nevertheless, women play a considerable role in the film industry, both in Ukraine and globally. It is just that they are still mostly performing the roles that are usually considered secondary: production, editing, colour correction… But isn’t it time to reject the image of the individual author-director and admit that, actually, without all these ‘secondary’ roles no films would ever be made? For example, to what extent can you call ‘secondary’ the work of this year’s festival guest, editing director Monika Willi, who worked with Glawogger and Seidl? If we affirm the active and important role of women in (documentary) filmmaking, it will encourage others not to be afraid to realise their potential in this field.

Ensuring that women participate in creating documentary films is not just important for gender equality (which should be the basis for any fair society). In the contemporary world, women and men, due to their different socialisation, still perceive – and talk about – the world in different ways. At last year’s festival, we showed the very successful film Cartel Land by Matthew Heineman about criminal cartels in Mexico and the heroic struggle against them. This year, we will screen another film on the same topic, Tempestad by Tatiana Huezo. But the difference between these two films is striking. Tatiana rejects the traditional way of telling a story about good and evil with clearly defined villains and heroes. Hers is a meditative film, in which we hardly ever see the female protagonists whose experiences are the basis for the film. Instead, thanks to the director’s attentiveness, we get an opportunity to immerse ourselves in their experience of injustice and feel it, and to understand that the fight against injustice does not have to look like the fights we see in Hollywood blockbusters.

The opinion that there is a special kind of female writing or perspective causes a lot of debate, even among feminists. Some say that we should not resort to biological determinism or claim that physiology determines the style of our work. But this is a mistaken interpretation. Of course, women can film, draw, or write just the same as men – especially if, before they start, they undergo the drill at schools and/or universities, where they are mostly presented with men’s creations as something worthy of imitation. The idea of a special female perspective in cinema is appealing because it is the idea of the possibility of creativity that rebels against the (patriarchal) canon, produces new visions and fresh readings of the habitual, and thus shapes unexpected dimensions of freedom. Our position in the world, our experiences influence the way we perceive, understand and reproduce reality. That is why the presence of more women (and people with other gender identities) in the filmmaking process would benefit everyone who likes more diverse cinema with unexpected topics, interpretations, and open-minded styles. If you don’t believe me, watch THREE THINGS I DON’T KNOW ABOUT HER.