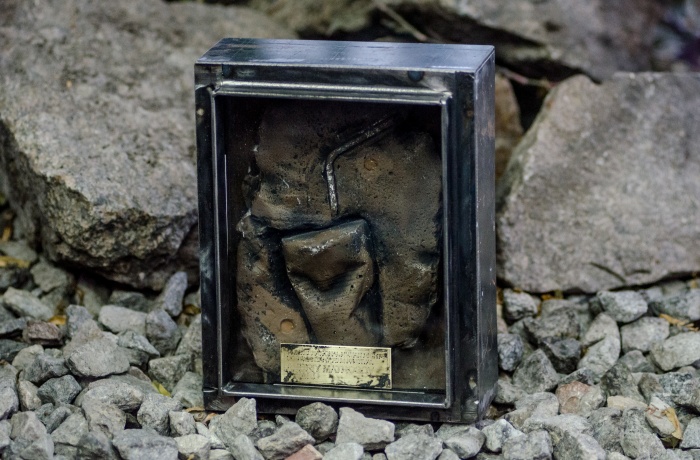 14th International documentary films about human rights festival has ended in Kyiv. The awards ceremony was held on March 30th in Cinema House. Hosts of the ceremony: festival moderators Marina Stepanska and Maksym Butkevych. The closing ceremony began with a gesture of solidarity with Ukrainian film director Oleg Sentsov, unjustlty imprisoned in Russia.

Films were competing for prizes in categories: DOCU/LIFE, DOCU/RIGHTS, DOCU/SHORT, DOCU/UKRAINE and for the special prize from Students’ Jury. The festivals’ Orzanizing Committee favorite is awarded with the Andriy Matrosov Award. After the ceremony was the Ukrainian premiere of the documentary film “Liberation Day” by Ugis Olte and Morten Traavik.

Deliberate well thought through camerawork serves the subject matter and the desired atmosphere. Daring use of colors together with sensual use of depth of field made this film particularly efficient. The filmmakers are thinking outside of the box at the same time as the directorial approach creates unparalleled intimacy. It is transparent that creators are coming from contemporary art. The film unveils the secret life of teenage girls who usually go out of their way to keep their inner life closed to adults. It is the opinion of the jury that by giving these girls a voice the filmmakers are creating a bold platform for young women. Girls all over the world deserve to be heard - it is a crucial human rights issue that also resonates here in Ukraine.

The director's decision to get close enough to share Gogita's and his wife's experience while respecting their quiet intimacy. This in combination with a remarkably beautiful frame and a consistent rhythm in the editing, bounds the story together in a completely engaging way.

When Paul Came Over the Sea – Journal of an Encounter

DOCU/RIGHTS jury has been unanimous in decision that the main award goes to Jakob Preuss for the honest, meticulous, serious and responsible way dealing with one of the most critical issues we face today in Europe - the question of mass scale migration and how we as Europeans should and will respond on migration, what will be the consequence of our decision on other people's lives and what will be the consequence for our comfort and security. Film features captivating, charismatic main character, Cameroonian Paul who is passing through dramatic dangers and huge uncertainties, but not in a single moment lose his dignity, nobleness, determination, patience, confidence, trust in himself, in life, in human effort as well as trust in other people and in God. Not in a split of second film stops to follow and treat his main character in a very dignifying way. Film captures numerous dramatic situations, which we watch with full suspense - will Paul survive perilous journey over Mediterranean, will he be captured on the way from Spain to Paris and further on to Germany, will he succeed to find a place to sleep or he will remain exposed on streets, will he be deported after he has made the whole journey from Cameroon to north Germany, or he will settle down. Film presents very patiently and skilfully told story. It has been a pleasure to watch how smoothly, naturally and effectively film director moves from documentary footages to animation sequences and then back to documentary scenes.  But what makes this film additionally powerful is the parallel story and parallel dilemma it is opening and dealing with, the question what one, filmmaker, rescuers on the boat in Mediterranean, policeman in Spain, friend in Paris, social worker, accidental bystander at local bus stop, citizen of Germany and of European Union, what one should, could and will do when Paul, another human being from other country, from other continent is coming over the sea and enters into one's own world? What you do when you are encountering human being that has juts survived - while many have not - real human tragedy? What you do when you are faced with trembling being that is shattered in its human core because it has experienced and survived death? Do you remain professional, the one who keeps distance, who continue your regular job, who follow the rules and remain safe in his own comfort zone? Or you get out of your comfort zone, take a risk, enter into unknown, do what you normally do not do in order to try to help? The filmmaker, Jakob Preuss has done both. He has remained fully dedicated professional and has made beautiful. Also very relevant film for our European - and not only European - discussions about migrants in a moment when we are making epoch-making decisions will we opt for populism, ignorance and selfish ruthlessness, or we will take the risk of responsibility and humanism. At ther same time, Jakob has made a different choice. He has not remained neutral, distanced, professional observer but he has taken the risk of stepping out of his comfort zone in order to try to help Paul. He has entered in his film and has even taken his very orderly, stable, solid, rules and order obeying German parents into the film by bringing Paul into their apartment and their lives. Paul and his family have done what Angela Merkel and Germany have done - they have taken the risk of leaving comfort zone in order to take responsibility and to save lives.  Film does not give us final answer how Paul's story has ended, has he been deported or has he settled in Germany, and rightly we did not get the answer. It is still unknown how German Willkome experiment will end. But after seeing film we as audience wish Paul to stay in Germany, we wish him to succeed to persuade authorities that he can only help if he can continue his job of assisting elderly Germans, we wish him to make Germany and Europe stronger with his dignity, determination, confidence and trust - and we wish Angela Merkel and Germany to succeed with risk they have taken by accepting Paul and Syrians in order to save lives and in order to save humanity.

I’m Not From Here

In just 26 minutes, two talented directors create a multi-layered and emotionally complex world, skilfully and artistically captured through their lens. Facing the end of her life, the protagonist and her fellow residents live with humor, sadness and often prideful moments, despite the march of time taking them closer to inevitable death.

For a charming view into a brutal society.

An unusual portrait of volunteer activists, working without stats support, the struggle against cruelty and the strength of ordinary citizens takes the forefront. The small-scale story shows a broader picture of the battle between good and evil.

The Fall of Lenin

A witty and formally ambitious study on the changing ideologies of a society.

For an extremely high degree of sensitivity and bravery in researching the eternal dilemma of humanity - the balance between personal freedom and responsibility before one's children.

Born To Be Free

Also the LETTER TO FEST festival distributor have chosen the best Ukrainian documentary of the Docudays UA-2017 program. It is a film See You Later by Yulia Kochetova-Nabozhniak. The prize from the distributor is a certificate for a free submission to 50 international film festivals.