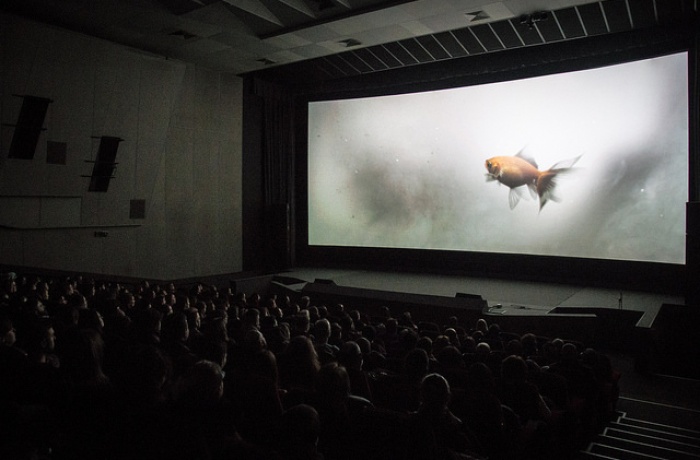 This year’s DOCU/HIT tour around Ukrainian cities started immediately after the March festival in Kyiv and ended last week with an open-air screening in Odesa. Four cities, five big screens and the three most powerful films of the Docudays UA 2018. Read about the DOCU/BEST travels around Ukraine in our blog, in which the viewers share their thoughts about the DOCU/HIT program. 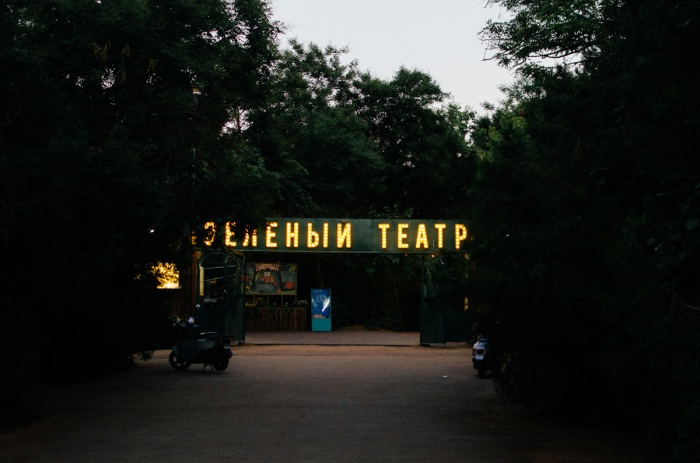 In Odessa, the screenings took place in the Green Theater

“Bobbi Jene is an intimate and sincere film about every one of us. Filmed as if on the go, it does not give you that awkward feeling like you are prying. This fleeting everyday reality contains everything which is the most important in our lives: the difficult decisions, the attempts to find ourselves, our own method, to establish relationships with our families and significant others and the very sweet, sentimental moments of closeness, the insider jokes which very few can understand. Bobbi is a strong, expressive woman, very persistent, but at the same time tender and emotional. I did not expect anything from this screening, but it allowed me to breathe out, to figure out my feelings.” 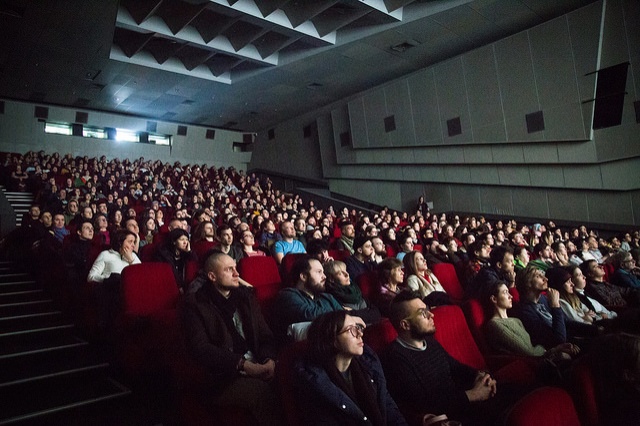 “The film Last Men in Aleppo has many impressive scenes, but one of the most touching is the city residents’ attempt to forget about the horrible reality around them for a few hours by taking their children to the playground. It’s unlikely that you will start to understand all the nuances of global politics thanks to this film because the director is not trying to analyze the reasons of the conflict itself. Unlike the thousands of materials and reports on this topic, Fayyad’s film, with sorrow and anxiety, immerses us in the city, which is shaking under shellings, and brilliantly captures the feelings of the people who live and die in it. This film is difficult to watch, but it is extremely important. After you watch it, you will be tormented by questions about the humanity in all of us for a long time. But isn’t this actually the reason why we go to see documentaries?” 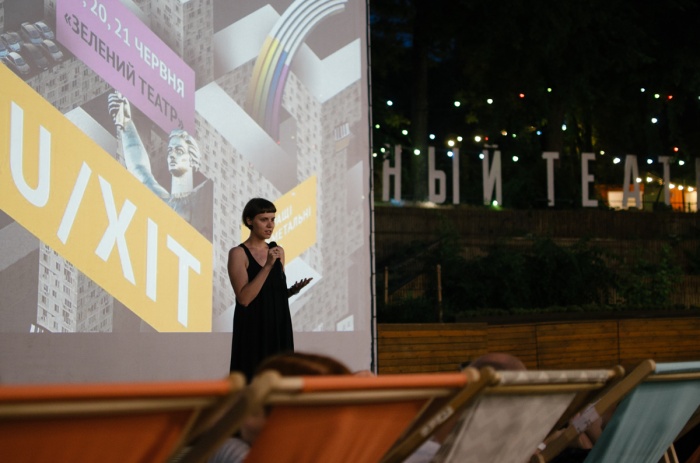 Daryna Nikolenko, the media coordinator of DOCU/HIT, is presenting films in Odesa

“Everyone asks themselves the same questions as the protagonist of the film Bobbi Jene. All of us have our personal life in which we need to make worrying choices, where we sometimes just float downstream or fight the fears that get ahold of our heads and hearts. This is how I saw Bobbi’s life. This is how I see my own life now, too. And that is the reason why this film fascinated me.”

“Last Men in Aleppo is a very important and necessary film. Yes, it is hard to watch; yes, you will have so many questions left after watching it, you will have tears in your eyes, and your heart will beat faster and faster. This film is a prominent example of direct cinema, it’s a hundred-minute report from the hotspot, a story about life in hell, where there is no proper health care or housing, where meeting friends in the street can be considered a reason for shooting you, where schools and hospitals have long been turned to rubble. But despite all this, Last Men in Aleppo is an ode to humanity.” 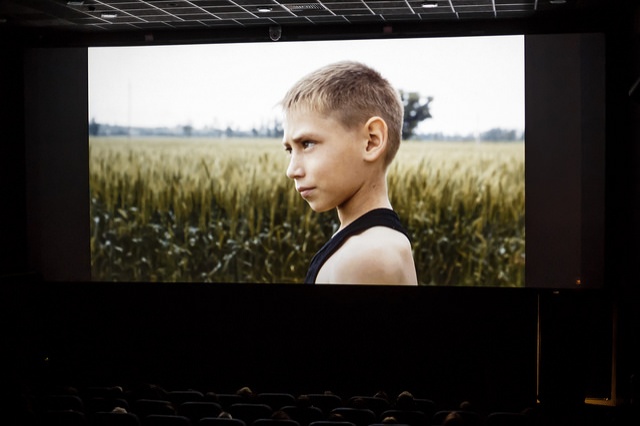 “The limitless attraction to art, the hot love story and the high intimacy of a documentary film give answers to the questions which are hidden in the most secret depths of our selves. The concepts of space and time, personal, private or free for action, as well as the frantic, almost hypnotic, concentration on one’s own body. A kind of plane emerges, on which you can be alone, physically and morally. The documentary Bobbi Jene is a highly aesthetic story of an extraordinary, strong, passionate Woman of our time.” 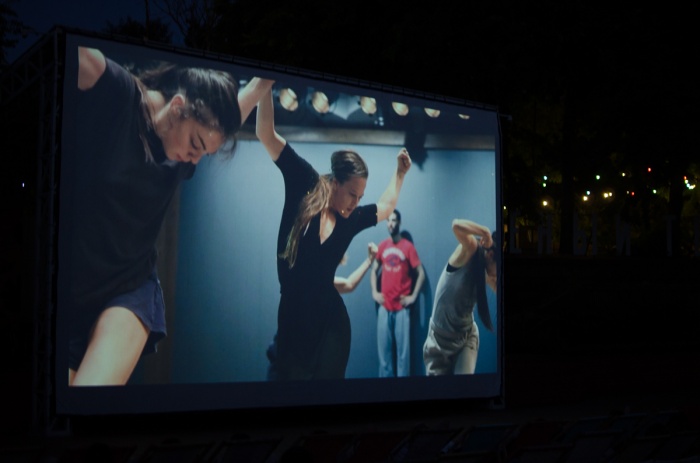 The screening of the film Bobbi Jene in Odesa

“You start watching The Distant Barking of Dogs by the Danish director Simon Lereng Wilmont with doubt. Will it avoid the cliches which a common for this topic? The film’s authors managed to do it. The film is not just about how difficult it is to live under shellings, but also about what allows people to survive there and preserve the humanity inside them. The film’s protagonists have the three key things they need to do it: love, care and duty.” 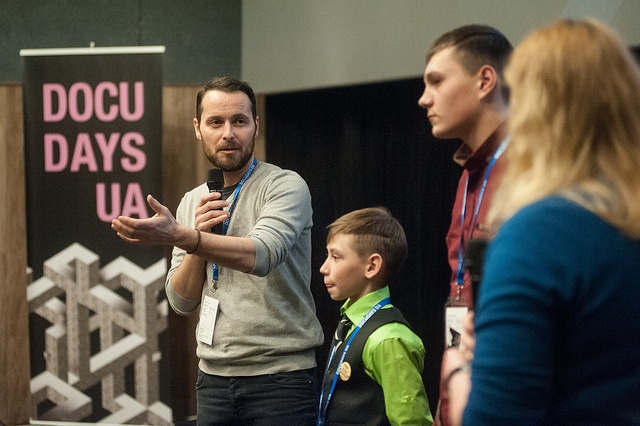 “To what extent are we able to wield our own body, to what extent does it bring us pleasure? And can we avoid feeling embarrassed about that pleasure? The film Bobbi Jene is about this. About the body. The film has a lot of natural eroticism, frankness and good performative art. This is a story of a woman whose courage you want to admire. It’s a story of honesty with yourself and courage. And, as Bobbi herself said, ‘sometimes you must look for pleasure in things that burden you.’”

The main photo: A screening of the film Last Men in Aleppo