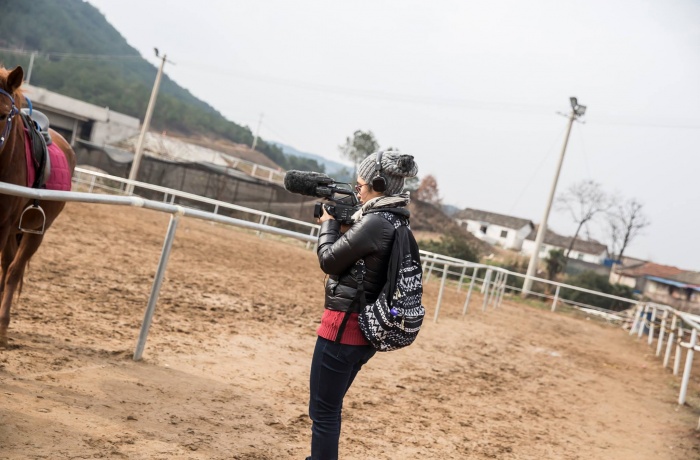 How can documentary filmmakers work with media platforms? What kind of short films attract the global giants, such as the Guardian, AJ+, or BBC Stories? This year, Docudays UA hosts the Global Short Docs Forum! For the second year in a row, the Forum has been working with short films in particular. And it proves that new talents, new stories and experiments can beat any mainstream products on air.

Flora Gregory, the director of the Global Short Docs Forum, is convinced that there is the unique talent in independent filmmaking all over the world. Flora has a career of over thirty years in television working with independent companies and broadcasters in production. She was at Al Jazeera English for nine years as the Founding Commissioning Editor of its award-winning flagship documentary strand, Witness.

We asked Flora Gregory about the prospects of documentary filmmaking in the world which is getting more and more complex by the minute. 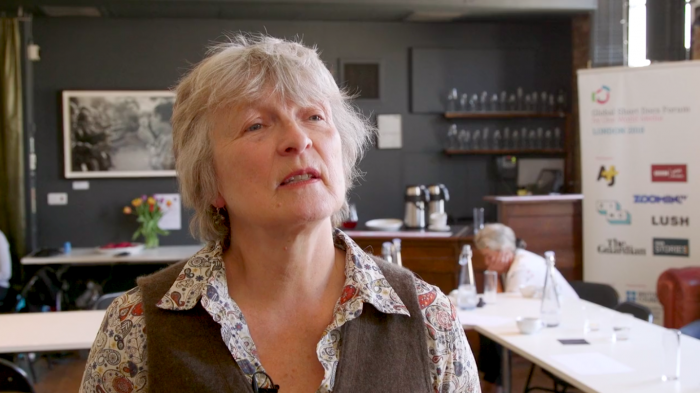 Flora Gregory, the director of the Global Short Docs Forum

What was the main goal of creating this project?

To help new filmmakers all over the world be connected to global digital platforms so that audiences can see different stories — local goes global, if you like, with access to the market.

How do VOD platforms usually work with filmmakers? 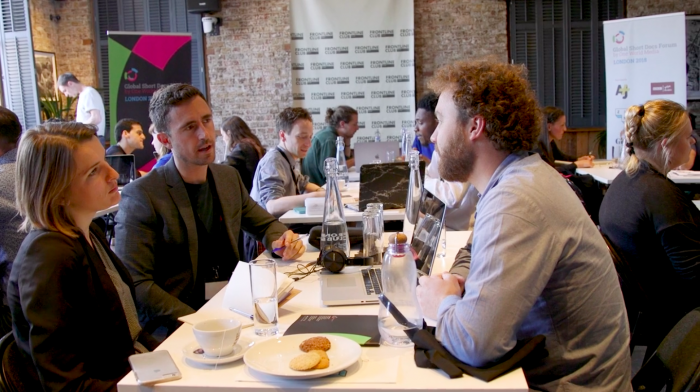 What kind of problems, exactly, can this GSDF project help young directors to solve?

The Forum works with filmmakers to focus on their idea and how to pitch it, and to understand the different possibilities for their story and the ways they can work with the many platforms. At the same time, filmmakers form new networks with each other at the Forum so they can work on new projects together! Of course, the relationships with platform representatives go beyond the Forum. The media and digital platforms maintain the connection with the participants and work with them on other projects as well.

Does this year’s GSDF have a special focus?

We're looking for local stories of a social, political or cultural nature that haven't been told, that don't already have a big profile and audience. We are looking especially for filmmakers from areas of low production capacity and little visibility as well as filmmakers from minorities in geographical areas of established media production.

Character-led stories are very popular with the platforms because the audience likes them, with a narrative — a beginning, middle and end. One example is Mohamed Shalaby's film where he turns the camera on himself as he decides it's time to take control of his life and lose weight! Losing weight is a necessary and a symbolic act, as Mohamed realises that every decision has a consequence for his life and he starts to take responsibility for his actions. The film was pitched at the GSDF in May and BBC Arabic commissioned it, it will be transmitted before Christmas. Certainly, the film has a beginning and a middle, and I'm looking forward to see how he'll end it and what the title will be...

You have enormous experience working at such platforms as BBC Stories or Al Jazeera English. Can you remember the moment when you decided to work on the other side of this filmmakers/platforms connection?

I had a long career in independent production before starting up the flagship documentary strand, Witness, at Al Jazeera English, and I ran that for 9 years. At Witness we started a project called “Viewfinder” which was “fresh perspectives through the lens of local filmmakers around the globe.”

The Global Short Docs Forum is looking for “new narratives and fresh ideas”. The Forum takes the idea of Viewfinder and pushes it further and has more platforms as a part of the conversation — so for our first GSDF we had seven platforms. The Forum is all about the filmmaker, and their idea, and understanding the market, and getting the film seen by an audience — that's the focus.

There is such talent in the independent sector all over the world, but it needs nurturing, and one of the biggest challenges for filmmakers is to understand the market now and where it's going in the future — and, of course, the market is changing all of the time.

In what ways has the infrastructure of media platforms and the TV world changed during the years of your work? Which new interesting formats have you seen recently?

There are so many platforms experimenting with video online, often embedded with other media; and social media, too, are making an increasing contribution. The forecast is that this is the way things are going. I'm not going to express favouritism for anything in particular. The challenge for a filmmaker at the moment is how to access a fast-changing market and understand that market, and then how to get paid!

Global Short Docs Forum is organized by One World Media. The 2019 edition is sponsored by Facebook Journalism Project, supported by the British Council in Ukraine and The European Bank for Reconstruction and Development, and hosted by International Human Rights Documentary Film Festival Docudays UA.

All photos: One World Media