Welcome the Opening Movie of the Festival 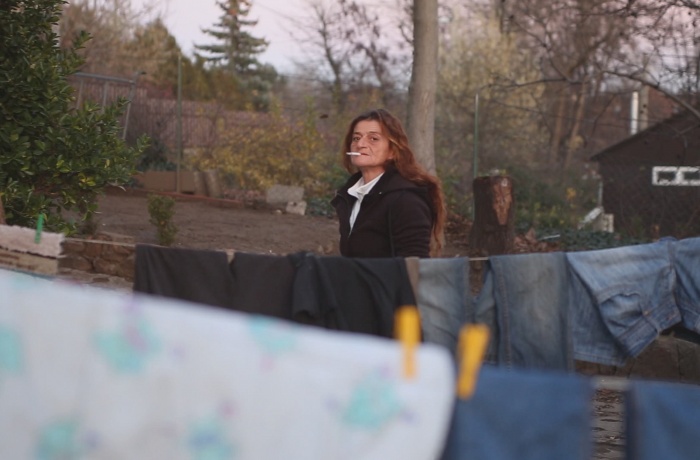 This year’s Docudays UA festival opens with the documentary "A Woman Captured" by Bernadett Tuza-Ritter.

“If you show it at least once, then at least a couple of people will understand how you shouldn’t treat others.” These are the words of Marish, a slave without any rights who works in a non-noble family of contemporary lords. For her debts, the woman’s money, freedom, health, family ties and even her real name were taken away from her. She dares to say her name only when she reclaims her feeling of dignity. Marish is the protagonist of the incredibly humane and life-asserting film A Woman Captured which opens this year’s Docudays. In Kyiv, this film will be presented by its director, cinematographer, and protagonist Bernadett Tuza-Ritter.

Yulia Kuznetsova: Why does slavery even exist today?

Bernadett Tuza-Ritter: I think that this is a global problem, a problem caused by the system and the people who don’t pay attention. I don’t think it can be solved only if we solve the system. In the film, you can see that Marish’s life changed when I paid attention to her. I never told her what to do, but my visits, my support gave her strength. And money was not the issue. But when she needed help, she had to know where to find it. However, people who are in this situation have no idea that any kind of help exists, because the organisations which deal with these issues think differently from the victims. And it is very hard to find help.

Yulia Kuznetsova: Weren’t you afraid that at some point the shooting could become an exploitation of the protagonist?

Bernadett Tuza-Ritter: I don’t think so. I kept telling her, “If you don’t want me to film, just let me know.” I always knew that I shouldn’t film her when she was embarrassed. For example, when she is crying, I only show her hands. It was very important for me to mind her feelings. And the film was never more important than her as a person. So I never felt that I was doing anything wrong.

See the full text of the conversation with the film's author in our Festival guide. In the interview she spoke about the problem of contemporary slavery, her double role in the shooting, and her moral challenges.

Admission to the opening ceremony by invitations only. Additional screening of “ A Woman Captured” will take place on March 24th, 11:15 AM, in the Hall GEGEMON of the ZHOVTEN Cinema. Entrance by tickets.