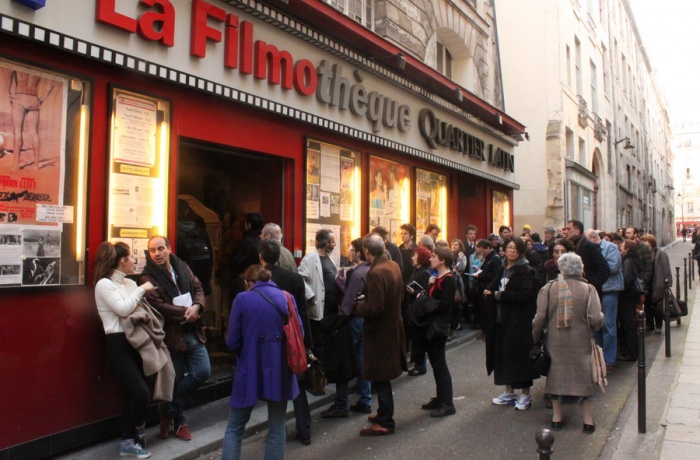 Paris is set to host the final event of this year’s European tour “See Ukraine: An Empty Pedestal” on December 3-9. La Filmothèque du Quartier Latin will host film screenings, the Jour et Nuit Culture gallery will present the contemporary Ukrainian art exhibition, while the INALCO university will provide the venue for open discussions.

This year’s See Ukraine concept is named “An Empty Pedestal”, representing an attempt to analyse the country’s current situation. As de-communization kicked off, social values are being discussed, and the very core of Ukrainian history is being re-evaluated. Figures of the past have fallen into oblivion. New heroes have not taken their place. Who might live up to the role? And should the old podiums be filled in the first place? Is it worthwhile to follow in the footsteps of old ideologies?

The festival’s film programme in Paris (December 4-8) features four successful Ukrainian documentaries. The list includes Alisa Kovalenko’s “Home Games” focused on women’s football in Ukraine, the contemplative “The Cacophony of Donbas” directed by Igor Minaev, studying the blind spot of Ukraine’s modern-time history, the birth of the ‘Donbas myth’. The film incorporates rare archive footage as well as interviews with the witnesses and victims of Russia’s aggression who used to reside in Eastern Ukraine. "Dixie Land” by Roman Bondarchuk shows the daily struggles of the Kherson Children’s Jazz Orchestra. The film won the national competition at the 2017 Odessa International Film Festival. The poetic “Delta” by Oleksandr Techynskyi focuses on the day-to-day lives of the residents of Volkovo, a small town in the estuary of the Danube, at the very border between Ukraine and Romania, often dubbed “Ukrainian Venice”. Screenings will traditionally be followed by Q&A sessions with the films’ creators.

Shows start at 19.30 at the La Filmothèque du Quartier Latin.

The “Empty Pedestal” exhibition, set up to enhance the dialogue with the cinematographers’ documentary vision, offers a glimpse at the reality of contemporary Ukraine, as recreated by modern art. The exhibition includes works by Kostiantyn Zorkin, Yevhen Nikiforov, Oleksandr Navrotskyi, Yulia Chervinska, Ihor Chekachkov, Valerii Miloserdov, Maria Plotnikova, Serhiy Radkevych as well as a selection of archive photographs by Mark Zalizniak (1893 – 1982), an Eastern Ukraine-born amateur photographer, showing a new dimension of pertinence in the current context.

The opening ceremony, performance and the curator’s tour by Oleksandr Mykhed are to start on December 4, at 19.30 at the Jour et Nuit Culture gallery. Admission is free.

During the discussion “The New Ukrainian Cinema: Between Art and Politics”, Ukrainian and French speakers will dwell on the role contemporary filmmaking plays in shaping the bedrock of Ukrainian identity in the eye of the domestic and the foreign viewer. The roundtable discussion will involve the art curator Mr. Oleksandr Mykhed, the programme director of the Odessa IFF, Mr. Anthèlme Vidaud as well as the director of “The Cacophony of the Donbas”, Mr. Igor Minaiev. The conversation will be moderated by the journalist and documentary producer, Mr. Stephane Siohan.

The event is hosted by the INALCO university, Amphithéâtre 7. The discussion starts at 19.30. Admission is free.