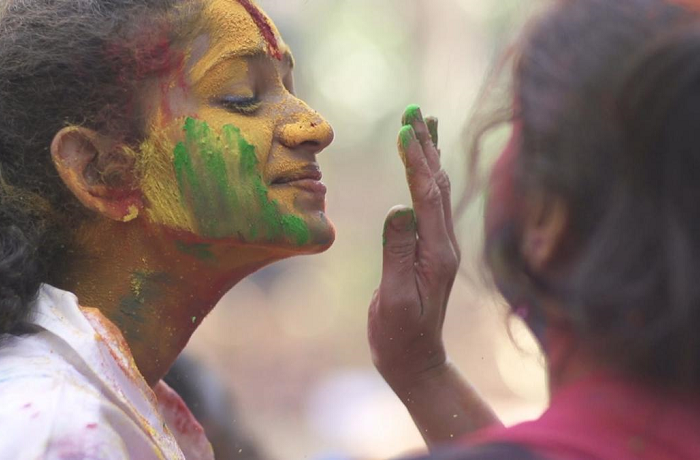 “If God does not exist, then everything is permitted”, according to Dostoevsky. The well-known philosopher and psychoanalyst Jacques Lacan responded: if God does not exist, nothing is permitted. After all, any faith, any system of moral and ethical coordinates (including religious ones) primarily consists not of prohibitions, but of an understanding of why and where we are moving. Similarly to this story of rethinking, this year’s Docudays UA Holy Equality programme, composed by Olga Birzul, symbolically reverses the thesis about the complete disparity of existing religions: the three films in this collection show that, despite all their diversity, every religious system is, at its core, a simple doctrine of the most important thing – faith in life. 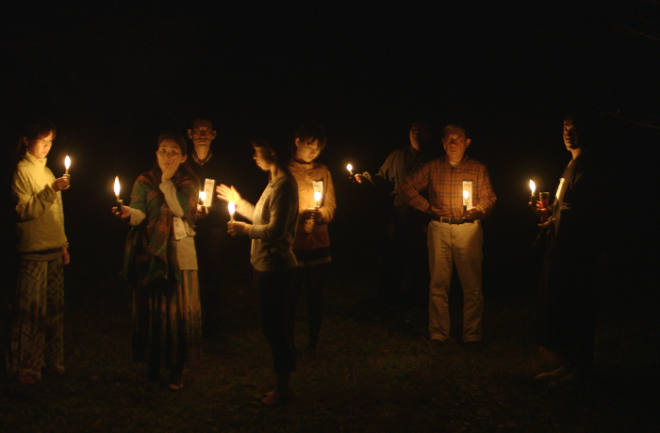 This is what Ittetsu Nemoto, the protagonist of The Departure, is actually doing. This former punk and master of the night streets, who is currently a Buddhist monk, teaches those at the edge of despair how to bring back the vibrancy of their love of life. In spite of its high level of development, Japan remains one of the unhappiest countries on Earth: one of its citizens commits suicide every 20 minutes. This has turned into a Japanese epidemic. Nemoto first encountered this issue during his school years, having witnessed the tragedy of suicide in his family, and subsequently among his peers. However, the story fixated by Lana Wilson’s camera is far from an imposition of moralisation, and Nemoto’s actions have nothing to do with the validation of life’s common truths. “Write down three things that matter to you the most,” the monk says to his audience. “And now take any two of them away. You will have only one left. Take that away, too. This is what death means.” Life is not sugar, and there are no recipes to make it simpler. Sometimes it is enough to have someone by your side at a critical moment to help you put your thoughts together. Nemoto’s phone rings day and night, and every day he receives dozens of emails with requests to help in getting rid of the most horrible intentions. Every day the monk gets on his motorcycle to reach those in need for help. Does he know the ‘right words’ for such conversations? He does not, because there are no such words. Every time, Nemoto tries to find a way to bring back the person’s taste for life. Parties, dancing, games, theatre – anything. Is he secure from despair? Of course not – he is just a man of flesh and blood who knows pain, tiredness, and dismay. When the monk ends up at the edge of physical and moral exhaustion, he also needs support from someone. The only thing the monk can teach is the faith that, even in the worst situations, an ordinary conversation with someone might help to find the narrow path and return to normal life. 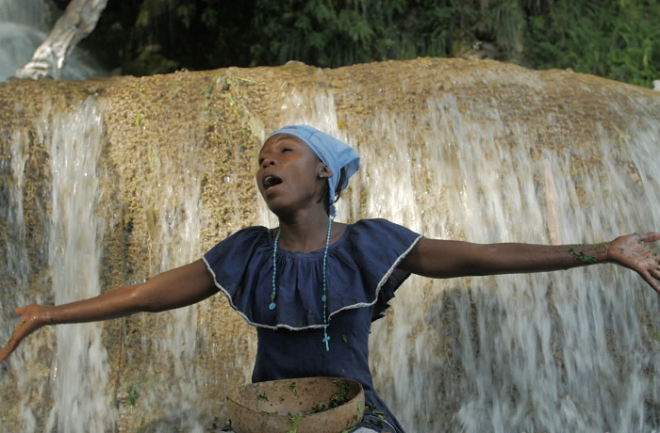 Similarly, in Sacred by Thomas Lennon, religion as such is presented, first and foremost, as a system of actions and beliefs that help to imbue life’s events with meaning. More than forty filmmakers around the world filmed some of the various rituals and traditions that accompany humans from birth to death. Regardless of the religion, in all corners of the earth human beings are born to a world full of complex symbolic systems – he or she receives a name, passes through particular rituals that are meant to ‘involve’ him or her in a particular community. An individual cannot exist without society, and one always requires somebody who will share one’s thoughts and beliefs. Subsequently, a child stands on the verge of adult life - and the various mechanisms of initiation help him or her to understand the changes that are taking place in his or her body and to cope with the new role of ‘adult’. But independent life cannot go on according to some kind of preconceived plan – and sometimes, a person is unable to overcome certain difficulties. All she has to do is to believe – simply believe that everything will be fine. And the religions of the world help maintain the strength for such a belief, offering a variety of ceremonies and small, calming actions. And, most importantly, religions help to cope with the irrationality of life – with the fact that, for some reason, it will end someday. It does not matter whether a person believes in reincarnation or in the afterlife; one way or another, any faith gives meaning to what the intelligence resists – death. Jacques Lacan once said that death itself also needs a certain faith, because without an awareness of the end of our existence, we would be unable to structure our priorities, values, relationships with others, and, ultimately, our way of life.

In Dugma: The Button by Paul Salahadin Refsdal, which is the third movie in this programme, the religious meaning the characters put into their deaths will, after all, not only start contradicting their faith, but also become the engine of the most horrible human activity – war. The Norwegian director’s camera gets into a squad of the Jabhat al-Nusra – the Syrian jihadis of al-Qaeda, the third power of the Syrian war, along with the rebel groups and the pro-government troops. Like the rebel groups, these men fight against Assad, but, unlike the rebel groups, they do so in order to bring about the Islamic State. They are willing to sacrifice their own lives and the lives of others for the achievement of this goal. The ‘dugma’ is the button, which when pressed by the bomber can make his truck and everything around it to explode. Life is nothing, because the Almighty will gratify the brave faithful in the world to come. Neither 30-year-old Abu Kaswara nor 26-year-old Abu Basir, who has moved to Syria from Great Britain, have any doubt that death for the sake of faith is a reward. Abu Kwasara even prays to have the honour to complete his suicide bomber duty during Ramadan. What does all of this have to do with faith and with religion? At least one of the characters begins to doubt after he starts his own family. “There is no problem pressing a button”, he says, “but there are other problems.” These are his own life, the lives of his loved ones and of other people.