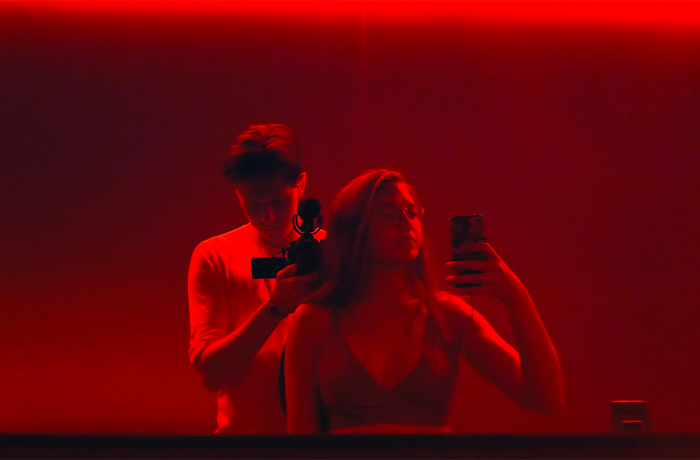 This year, Docudays UA has prepared a rich program for the Audience Days on March 29 and 30, which will take place at various locations in Kyiv: The Zhovten Cinema, the Lira Cinema and for the first time, Docudays UA will show films during the Audience Days in cinemas in different Kyiv neighbourhoods. On March 29 and 30, films will be screened in Boomer Cinema (4 M. Lavrukhina str.) and the Kyivkinofilm network (Kyivska Rus, Fakel, Dnipro, Leipzig, Taras Shevchenko Cinema). These cinemas will also screen the two Ukrainian films from the DOCU/BEST program and films from the DOCU/YOUTH program*.The most interesting events of the Audience Days at Docudays UA 2019 are described below.

I Grew Up As You Slept

Winner of the Andriy Matrosov Award

Karalina left Belarus, just like the overwhelming majority of her friends from music school. The lives of Belarusian intelligentsia members are portrayed in the form of a study of nostalgia – longing for their families, friends and the childhood they remember in idyllic colours. President Lukashenko declares on public television that there is a bright future ahead of the graduates of Belarusian schools, but the picture of the provinces seems to contradict this optimistic diagnosis. The only comfort is brought by a delivery truck with food, matches and vodka.

The winner of the DOCU/UKRAINE competition

The narrative of the film is based on the destiny of the floristry pavilion of the former VDNKh and its long-time employee, Valentyna Voronina, who dedicated her life to supporting this centre. Suddenly, she faces unexpected changes. After forty-five years of work, she is asked to retire. Voronina opposes this decision because she believes that the plants will perish without her. At the same time, a group of mysterious radioestesists finds a powerful channel of positive energy near the pavilion entrance.

For a year, Naomi and Edvin film themselves; the result is an intimate and raw portrait of their lives. They meet, fall in love and break up. However they don’t give up on each other, and a unique friendship emerges. Their filming allows us behind the façade of social media - or any other kind. We get to witness the uncensored thoughts of two 20-year-olds about life’s challenges and relationships.

My Father Is My Mother’s Brother

In this touching family narrative, a bohemian singer/artist becomes a father to his five-year-old niece when his sister's mental health deteriorates, and finds himself awkwardly balancing fairy tales and playtime with his rowdy nightlife and provocative art.

Inspired by Lewis Hyde’s beloved classic The Gift: Creativity and the Artist in the Modern World, Gift is a richly cinematic film, interweaving character‐driven stories from North America, Italy, New Zealand. Gift is a tribute to something that can’t be measured or counted, bought or sold. Exploring the parallels between artists’ work and the gift economy, it’s a reflection on the creative process, the reasons we “labour in service of our gifts”, and a celebration of the imagination.

Now Something Is Slowly Changing

The closing film of Docudays UA 2019 presents a clear-cut, distinctly visual portrayal of the present-day coaching and training culture. Using only fixed, wide camera angles, the film investigates different forms of self-development and courses for inner growth and performance improvement. Where did this search for self-improvement come from? Are we ever good enough?

*Please note that during the Audience Days on March 29 and 30, you will be able to use your festival passes and accreditation only in Zhovten and Lira cinemas.