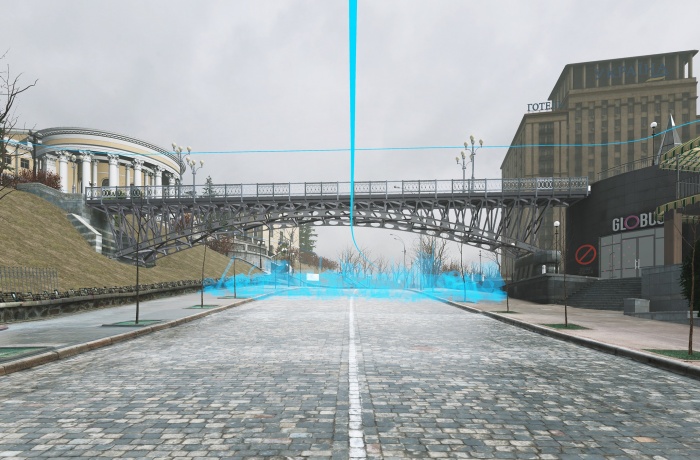 With VR CINEMA projects at our festival, we will have a chance to think about about the opportunities which virtual reality technology opens for documentary filmmaking.

Unrest VR is an interactive non-fiction experience inspired by Jennifer Brea’s feature documentary Unrest (Sundance 2017 Special Jury Award). An immersive journey into Jen’s experience of an invisible illness, myalgic encephalomyelitis, the project contrasts the painful solitary confinement of a bedroom world with the kinetic freedom of an inner dreamscape.

The second story is a chronicle of February 20, 2014, in Ukraine, with a powerful emphasis on archive footage, made by directors Oleksiy Furman, Serhiy Polezhaka and Kyrylo Zhylinskyi. Its world premiere will be at Docudays UA. Thanks to this VR project, Aftermath VR: Euromaidan, the audience will be able to walk the path of the protesters who fought for the streets against special police forces. The core of the story are the chronicles of that day and archival footage. Witness testimonies are filmed in the 360° format as video interviews recorded in the same locations where they stood on that tragic morning.

“For me, it’s an unprecedented project in terms of the number of challenges that come from very different worlds,” says Oleksiy Furman, one of the directors of the Aftermath VR: Euromaidan project. “How do you tell a story in a virtual 3D space? How should we add the witness testimonies about the events of February 20, 2014? How do we optimize such a big 3D model? When we formed the concept and started to implement the project, the challenges became mostly technical, and, importantly, unique. In the film, the viewer walks up the Instytutska street, which we scanned with our team in 2017-18 with photo cameras and drones. Nobody has told documentary stories with such a big 3D model before. Telling the story about this day in VR allows us to cut off the space for myth making. And it becomes an actual virtual museum of the most tragic hours of the Revolution of Dignity in VR.”

“Virtual reality is a new storytelling medium. There are few established rules in it, which gives us absolute freedom, but also turns the implementation of certain decisions into total trial-and-error. But it absorbs many of the best features of cinema, theater, live performance, museum exhibition, video games. And the viewer has an opportunity to physically interact with the project, receiving what pioneers of VR storytelling like to call ‘experience,’” adds Oleksiy Furman.

Credit photo: A still from the Aftermath VR: Euromaidan project