DOCU/PRO talk: Being at IDFA: Why is it important for the development of Ukrainian cinema? 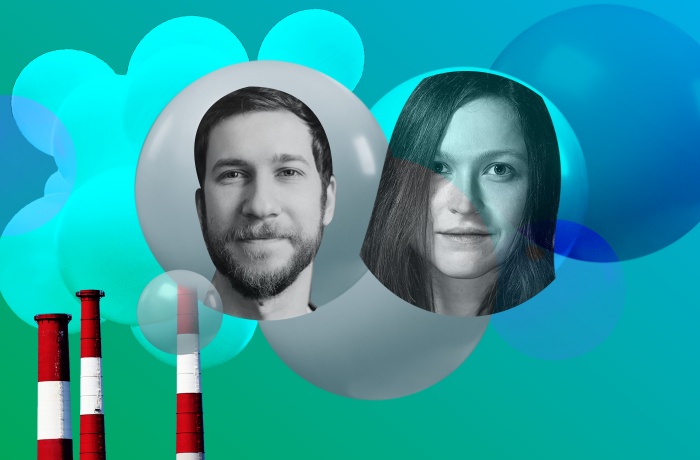 This year, Ukraine is represented in the main competition of IDFA by Alina Gorlova’s new film This Rain Will Never Stop. Last year, the film's producer visited the Amsterdam film festival with this project as a member of the Ukrainian delegation, and now she has a world premiere there. Alina Gorlova will share her professional observations and impressions during the online meeting on November 20 at 7 p.m. The conversation will be moderated by the film journalist Alex Malyshenko.

Traditionally, you can watch the stream in Ukrainian on DOCUSPACE, on the festival YouTube channel and Facebook page.

The Amsterdam film forum has existed for over 30 years, and for several decades now, it has firmly occupied the place of the main documentary film forum in the world. Every year, the festival programme presents about 300 documentaries, and this is where thousands of film professionals come together to not just watch new films, but also to participate in the events of the industry section: to present their projects at pitchings, to sell or buy films, to meet new people and start partnerships, to strengthen old contacts.

For the second year in a row, Docudays UA, with support from the State Film Agency, presents the Ukrainian delegation at IDFA. Last year, the delegation included 10 projects, including the film This Rain Will Never End, which then had a working title Between Two Wars.

On 20 November at 7 p.m., right after the world premiere of This Rain Will Never End, the film journalist and curator Alex Malyshenko will talk with the filmmaker Alina Gorlova about the Ukrainian documentary cinema, why it is important to present Ukrainian projects at IDFA every year, and what needs to be done to arrange your film’s world premiere at the main documentary film forum of the world.

In 2020, the industry programme of IDFA takes place online. Due to the format’s limitations, during the programme, we will introduce the festival’s international guests to 5 new Ukrainian film projects.

She is a documentary and feature film director and editor. Born and lives in Ukraine. She got her BA from the Karpenko-Kary Kyiv National University of Theatre, Film and TV. She directs documentaries and feature films, social ads, music videos. In 2016, Alina presented her first feature-length documentary Kholodny Yar. Intro at the Odesa IFF (Ukraine) and Artdocfest (Moscow, Russia). Her latest 2017 film about a female Ukrainian military officer’s PTSD, No Obvious Signs, won four awards at the Docudays UA festival and an award for the best Eastern European documentary at DOK Leipzig. It was nominated for the Ukrainian film prize Golden Dzyga as the best documentary. This Rain Will Never End was funded by the State Film Agency of Ukraine, IDFA Bertha Fund, Doha Film Institute and the Latvian Film Center. The film is now featured in the main competition of IDFA 2020.

Alex’s texts have been published in LB.ua, Moviegram, don’t Take Fake and YourArt. His interests focus on Ukrainian and world cinema. Alex is also a co-founder and moderator of the Polotno non-commercial film club, which, among other things, hosted screenings with creative crews of Ukrainian films as guests.