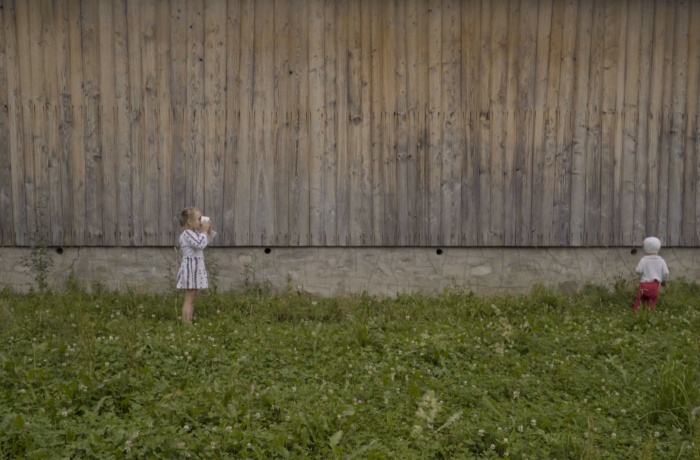 For the first time this year, Docudays UA in collaboration with the Ukrainian Institute are organizinng the UKRAINIAN SHOWCASE @ Cannes Docs, an online presentation platform for Ukrainian documentary projects that will be held at Marché du Film as a part of the Cannes Docs section. The event will present four upcoming documentaries whose premieres are expected this or next year. We reveal the selected projects we have chosen out of the 21 projects in the competition.

Plai. Path through the Mountains, directed by Eva Dzhyshiashvili and produced by Oksana Ivanyuk

This story is about Dmytro and Hanusia, a couple who have saved more than they have lost under the pressure of our burdensome being. The measure of their values is their love, which maintains the eternal flow of life.

The monochrome documentary observes the endless cycle of war and peace machinery, in which we meet a young Kurdish guy Andriy. Fleeing the Syrian war to get to his mother’s homeland, his family unexpectedly landed amid the Ukrainian war. As we follow him, we start a slow journey through war zones, military parades, humanitarian missions, religious, wedding and funeral customs of Ukraine, Iraq, Syria and Germany.

Florian Yuriev is an architect, artist, violin maker, musician, theorist and poet. At the age of 90, he has to master another occupation: civil activism. One day, he finds out that his main architectural work, Kyiv’s UFO building, is under threat of being turned into a shopping mall. Florian decides to strike back.

Diary of a Bride of Christ, directed by Marta Smerechynska and produced by Natalia Libet and Vitaliy Sheremetiev

When her sister decided to become a nun at 13, the film director, outraged, tried to stop her. Six years later, she started filming her sister’s new home, the nunnery and its postulants.

Even though this year’s Cannes Docs will be held online, it’s an opportunity for Ukrainian projects to access the broadest circles of the industry community. Every year at Marché du Film, the special professional programme of Cannes Docs brings together the filmmakers, producers and everyone involved in the production of feature-length films — creative documentaries aimed for cinemas.

Thus, Ukrainian producers and directors will present their projects to representatives of the most influential international festivals and sales agencies. But in addition to the presentation, the participating projects will receive individual consultations by leading international experts.

See more details about the selected projects at this link.

Main photo: a still from Plai. Path through the Mountains