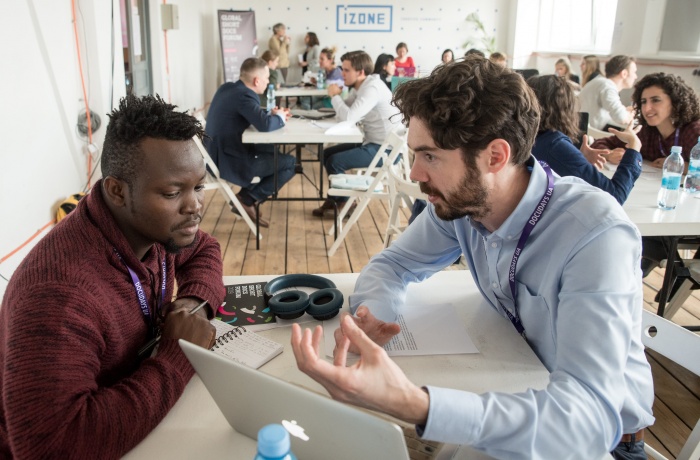 With the start of the year, along with inspired plans and resolutions, new deadlines are coming! We offer a selection of current opportunities for documentary filmmakers.

Thessaloniki Pitching Forum is a co-production and co-financing platform of the Thessaloniki Documentary Festival. Feature-length documentaries, TV documentaries and New Media documentaries and works (VR, AR, etc.) are invited to participate in it. The participants of the platform will have the opportunity to discuss their project and get feedback during the two-day workshop which includes pitch preparation by experienced international tutors, as well as participation in a one-day pitching session and one-on-one meetings with industry professionals suited to their project.

There is a call for applications for the goEast Festival of Central and Eastern European Film, which will take place this year for the 20th time in Wiesbaden, Germany, between 5 and 11 May. For now, you can apply for participation in several programmes within the Festival: the main competition film programme goEast, OPEN FRAME AWARD for VR projects, and the education laboratory EAST-WEST TALENT LAB for young documentary filmmakers.

dok.incubator invites editors, directors and producers to a six-month long workshop with the guidance of world class tutors. In addition to intensive work on editing and project development, individual and professional feedback from representatives of major festivals and sales agents, the eight teams of dok.incubator participants will have a chance to design their own marketing and distribution campaigns.

DOX:ACADEMY CLASSES are four intensive courses which will be held during the Copenhagen festival CPH:DOX between 23 and 27 March 2020. These are four days of group discussions, exclusive meetings with festival guests and special evening classes. ACADEMY CLASSES offer four areas which you can apply for: F:ACT (journalism/documentary/activism), CRITICS (writing texts about documentary projects), SCIENCE (science/research/documentary), HYBRID (art/anthropology).

Docudays UA calls for applications from feature-length documentary projects at the stage of production/postproduction for presentation to a group of festival programmers, representatives of international funds, sales companies and broadcasters. After the presentation at Docudays UA 2020, there will be one-on-one meetings with international experts for more detailed communication about each project.