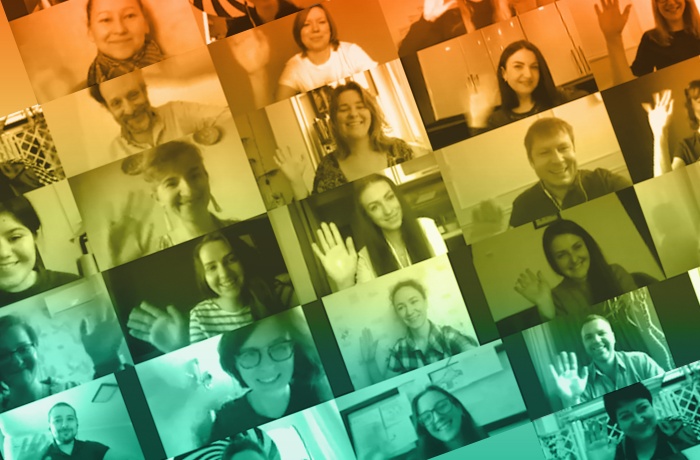 “For the first time since the beginning of the war in the East, festival events were watched in Donetsk, Luhansk regions and Crimea. In addition, we successfully reached audiences of various ages – from school children to retirees, in all Ukrainian regions,” says Darya Averchenko, the director of the Docudays UA Communications Department.

In this time, we launched fully functional streaming television. With morning exercises and lunchtime soups in the company of famous filmmakers. With human rights discussions on relevant topics and panel discussions about the future of cinema and the festival industry. With cozy tete-a-tete conversations with film critics and festival film authors, and with fiery parties from the Khvyliovy Bar. We shared with you 92 hours of online events including two ceremonies. As well as 24 hours of talking with the books in our Living Library. We received virtual visits by 210 guests from 29 countries, particularly Belgium, Germany, China, Canada, Greece, Georgia, the US, Finland, Thailand and others.

This year, we had a powerful DOCU/PRO industry platform. The holders of industry accreditation attended 250 online meetings where they discussed their projects with over 35 experts from the filmmaking field. If we put all the hours together, almost two full days and nights of video conferences took place during DOCU/PRO this year.

We are grateful to everyone who has joined the process of creating the online festival. To the team, its over 60 workers. To the 53 volunteers who helped the 17th Docudays UA to take place. To everyone who watched the films and broadcasts, supported us, commented, recommended documentaries and festival discussions to their friends. Docudays UA was mentioned on social media over a thousand times. We received 427 contributions from our audience for the amount of 130,599 UAH. And the 302 selected gifts are already heading towards their owners.

The media tracked the festival closely and actively talked about it. So now, you can read, watch or listen about the 17th Docudays UA in 211 materials. And the number keeps growing.

We value the help of our partner organizations, without which nothing would happen.

During the online festival, we got tired enough to drink 429 cups of coffee and saved eight trees by cancelling the printing of festival programmes and guides.

Expect some news about our non-festival activities very soon!