A Trip to Cannes and Other Ukrainian Doc Preview Prizes 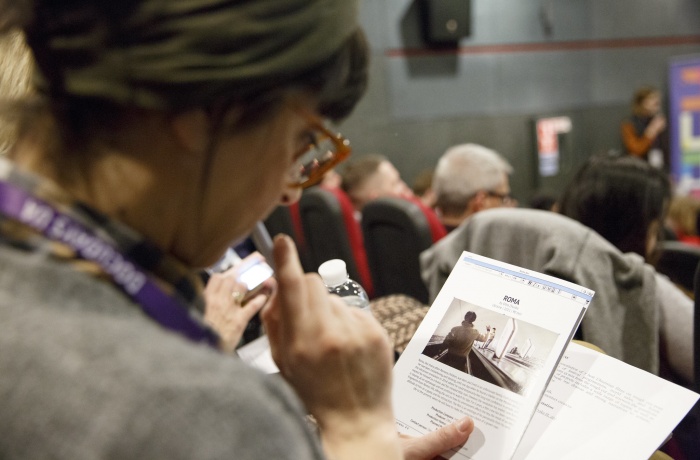 The call for applications for participation in the Ukrainian Doc Preview, the presentation of Ukrainian feature-length documentary projects at the stage of production/post-production during DOCUDAYS UA in March, is open until 3 February. This year, the participants of Ukrainian Doc Preview will compete for the prize of 150,000 hryvnias for the promotion and distribution of their films, as well as for a trip to Cannes. This has become possible thanks to the collaboration between Docudays UA and the Ukrainian Institute.

Within the Ukrainian Doc Preview, the authors of the six selected documentary projects will present their work to a number of festival programmers and representatives of international funds, sales companies and broadcasters. It is an incredible opportunity to receive feedback about the commercial and international potential of your film and to establish useful contacts with representatives of the global film industry.

“In the two years of the DOCU/PRO platform’s existence, we have done a lot,” comments Darya Bassel, the head of the DOCU/PRO industry platform. “With our partners’ support, we have sent Ukrainian delegations to Sheffield Doc/Fest, Visions du reel, IDFA, organized presentations of Ukrainian documentaries at the International Documentary Film Festivals in Leipzig and Jihlava. Every year, we publish a Catalogue of Ukrainian Documentary and promote films everywhere we go. For the same purpose, we have launched the Ukrainian Doc Preview. It immediately became the central event of our industry platform. Thanks to this year’s partnership with the Ukrainian Institute, we are bringing the Ukrainian Doc Preview to the international level and presenting in Cannes.”

Several awards await the winners of the Ukrainian Doc Preview. The special jury will select the film that will receive 150,000 hryvnias from the Ukrainian Institute for promotion and distribution. In addition, the jury will determine up to two films which will be screened, already this May, at the Film Market of the Cannes Film Festival. This will be the first time when Ukraine presents documentary films at the Cannes Docs programme. In Cannes, the winning projects will have a chance to secure the support of sales agents and be included in the programmes of the most influential documentary film festivals.

“I was at Cannes Docs last year. It’s a cozy island of documentary cinema in the frantic ocean of the Cannes Market, with everyone whom producers preparing a film for release seek to meet: programmers of various festivals, sales agents, broadcasters from different countries. And when I say ‘everyone’, I am not exaggerating,” adds Darya.

“This year, the Ukrainian Institute is launching a series of showcases at several professional film festivals at once,” says Olha Birzul, the head of film programmes at the Ukrainian Institute. “Showcases are an effective format which introduces influential international experts to the best examples of Ukrainian filmmaking. It does not just engage professional expertise from the outside in analyzing the films’ potential, but also increases the visibility of Ukrainian films at international film festivals in the future. No doubt, it is much more productive to work with films at the stage of production, as Ukrainian Doc Preview does. The more high-quality films we get in the end, the easier it will be for us to speak about many-sided Ukraine with the international audience.”

The opportunities provided by the Ukrainian Doc Preview do not end there. Eva Goba, the head of the industry platform at the Beldocs International Documentary Film Festival, will award a special prize to one of the projects – participation in the festival’s professional platform Beldocs in Progress International. In addition, the presented films will compete for the East Silver Caravan Award, for support with film distribution at international film festivals for a year.