Just Kids: Stories From All Over the World 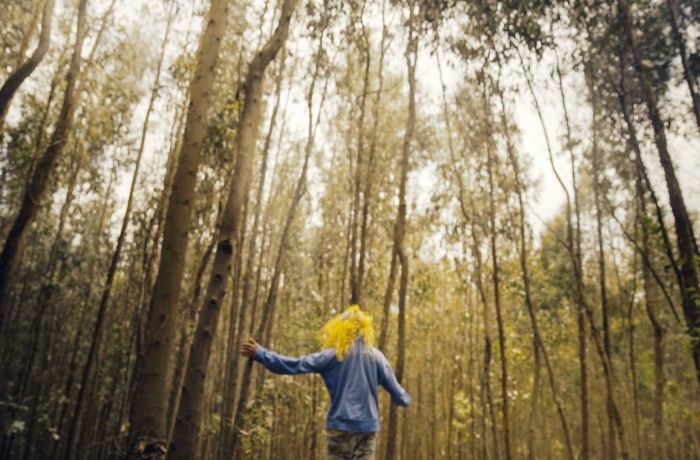 Nowadays, kids are changing the world. They treat it as it were an exciting game and see life through their own lens, getting surprised, outraged, compassionate and accepting. Children’s view offers us a new perspective on pressing problems. Somewhat naive and straightforward, it is always selfless, open and able to point out unexpected ways for development. The films in DOCU/KIDS program for children and adults will show them to you.

Feature-length film Anbessa by Italian director Mo Scarpelli is a poetic documentary about Asalif, a lively 10-year-old. He lives in a grey zone nearby Addis-Ababa, Ethiopia. Asalif’s small hut stands on the border between cheap generic newly-built apartment blocks and a forest where hyenas are howling. Asalif and his mother are one of the last farmers that inhabited the land that is now developed. They go on with their usual life, more and more resembling the vanishing nature, the lost link between the harmony of wild nature and globalization that locks people up in concrete cages. In his dreams, Asalif turns into a brave lion (this is what 'Anbessa' means in Amharic) protecting his house from hyenas. But these fantasies conflict with another reality - unfamiliar, bright and magnetic district where people live in apartments with electricity and television. 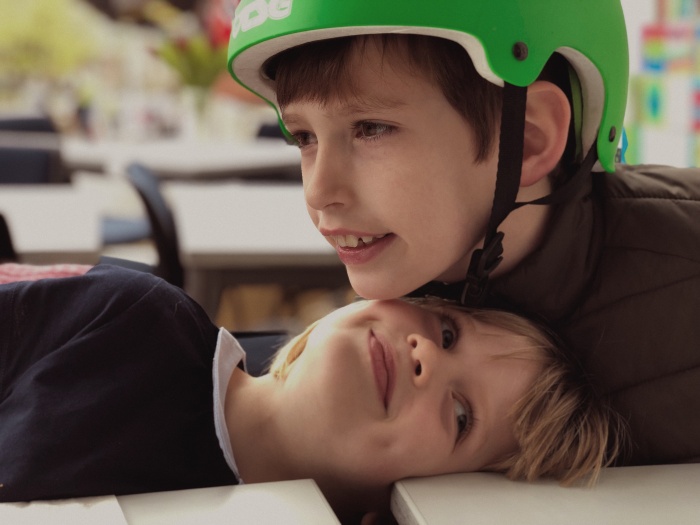 A still from Karla and Nordahl

“I am the little sister, but the big sister at the same time“, 6-year-old Karla explains. She is the protagonist of Karla and Nordahl, a film by Elisabeth Aspelin - her mother and film director from the Netherlands. This is an intimate story about the relationship between the girl and her older brother who has epilepsy and learning difficulties. Nordahl is incredibly sweet, loves cuddles, playing and supporting his sister. At the same time, he requires special attention, is a bit needy and doesn’t understand many things his 6-year-old sister grew out of. Filled with love for her brother, she thinks about his future and sometimes wishes she had an older sister. Karla and Nordahl is a story about acceptance, closure and support between children that could serve as an example for adults.

A still from Dear Darkness

Dear Darkness’ main character Frida can only see blurry colours and shapes of objects. Sometimes she gets tired of the sunlight because it‘s too intense and hinders her reflection. Despite the sight disabilities Frida explores the world actively: she touches the sculptures at a museum, swims in the pool and smells the autumn leaves in a park. Frida shows us how one can learn to live with a disability, finding unique and interesting sides of this experience. 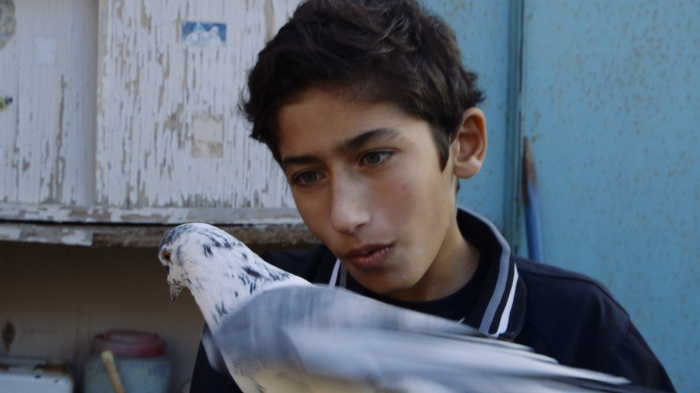 A still from Bird Boy

Simon Lereng Wilmont is known among Ukrainian viewers for his film The Distant Barking of Dogs - a story about the life of a 10-year-old boy at the front line in Donbas. In 2018, the film won the award of the Docudays UA Student Jury. Next year, it was shortlisted for Oscars in the nomination for the Best Documentary Feature.  A new short film by Simon is presented at the festival - Bird Boy, a story about Reshat, a teenager living in a village near an oil field in Azerbaijan. Birds are his true passion and he desperately wants to learn how to train them. For him, this is not only about looking for something he likes to do, but a way of remembering his father who passed away. Reshat’s passion brings him to a local poultryman who says that pigeons need to have their wings clipped. Will the boy agree to this? Bird Boy is dedicated to the problem of choice and the ability to preserve memory.

Main photo: a still from Anbessa.