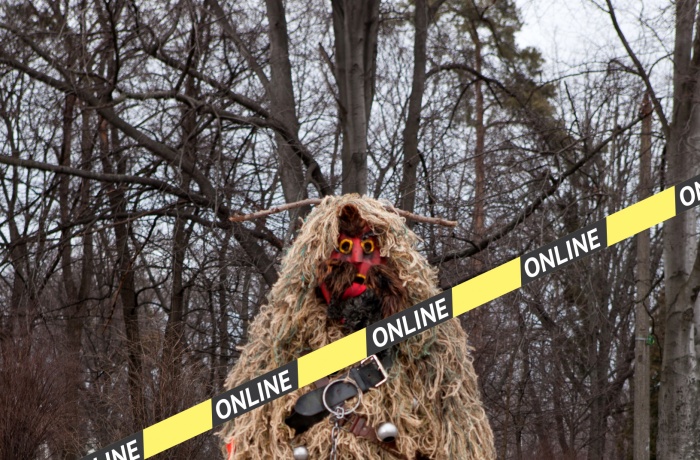 Pandemic and quarantine have altered our routine – we invent new rituals, rethink old habits, build new ways of cooperation with each other under these new conditions. The organization of online festivals also requires new inventive solutions. A radical move to online adjusts the lens to the usual questions: how to engage with the audience, how to bring people together in networks, how to keep the rhythm and what people are thirsty for - art, cinema, reflections on reality.

It will be the first time when 17th Docudays UA opening ceremony will be streamed online on 24 April at 7:00 p.m.

Darya Averchenko, the director of the Communications department of the festival explains how the opening ceremony will take place: “We decided not to record the ceremony, but to stream it to keep a feeling of the unique moment and allow our guests to connect to us in real-time. Our art department decorated the office and remodeled the central room into the studio for the airings. The hosts will be broadcasting from here. And during the festival, it will be a studio for the speakers of human rights discussions RIGHTS NOW! During the ceremony, we will tell how the festival will be held online, how to navigate the website to find useful information and texts, how to ask the directors questions, vote for a film or participate in discussions. We will also tell about the zests of the film programme, stream schedule and open access to the films on DOCU/SPACE platform. We are working to make the ceremony as interactive as possible - with lotteries and surprises. In short, tune in and make a festival at home!"

Following the official opening ceremony, the audience is invited to join:

Claire Simon, an outstanding director of French independent films, and Anthelme Vidaud, program director for the Odessa International Film Festival, will talk in public about their jobs, the relationship between the director, the characters and the viewers, and the link between film formats and festivals.

9:30 p.m – Screening of the first episode of the film "The Village" by Claire Simon

The 10-episode film The Village revolves around the film festival team in the French village of Lussas, where winemaking and documentary are closely intertwined. With a vision of the accessibility of independent documentary filmmaking, the film festival team decides to create a TV platform for film production and showcasing. This is a big step for a team because it is based on the ideas of equality and horizontality, it confronts institutionalization, globalization, and dependence on financing.