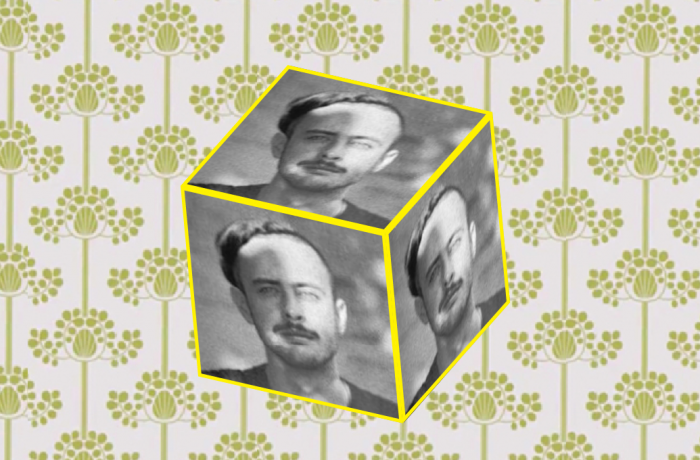 Let’s get ready to head out to the dry lake of Bonneville in Utah and catch a dream together with Max and Nazar, the protagonists of Salt from Bonneville by Simon Mozgovyi. Aliona Penziy has talked to Simon about the shooting, working on the film’s soundtrack, difficulties and personal records.

What motivated you to make the film?

At first it was a producer project. I was invited as a director in 2017 and asked, “Simon, do you want to go to America?” “Yes, why not,” I answered. That’s the whole story (laughs. Auth.)

Then it all happened rather quickly: we went there and filmed it. But when we were done, I had a feeling that the materials do not add up to a complete film. So for about half a year, maybe even a year, I didn’t work on it. And already at the editing stage, I finally found “my film” and finally finished the work.

Which of the two protagonists, Max or Nazar, you could relate to more?

I try not to accept the truth that the protagonist offers me: when I make a documentary film, I look at everything from the outside. But in general, I had a rather good relationship with both protagonists. What is important to me is their duo, the passion that brought them together for eight years. This is a film about friendship between two people, changes in their relationship, problem solving. They are very different, each of them has his own experience, goals and temper, but I believe that they would probably not achieve those results without each other.

Compared to your previous feature-length film, The Winter Garden’s Tale, you approach your protagonists quite closely, you are no longer an outside observer. What caused this change in perspective?

The visual solution of this film depended on how the cameramen saw the story. Salt from Bonneville had four of them: Dmytro Horash, Denys Melnyk, Serhiy Stetsenko and me. Each of us has his own style. But these different perspectives combined in our film perfectly, and during editing, they produced just what was needed. I directed the cameramen a little during the shooting, but I also tried to let them have creative freedom. I work with people whom I like, whom I have good friendly relations with, and whom I trust.

A Still from Salt from Bonneville

An important dramatic role in the film is played by music. Tell me about your work with the composers.

The composer I worked with originally did not write what the film needed. Later, I attended a presentation of music created as a part of Envision Sound (an education project for film composers created by the British Council in Ukraine in collaboration with the Dovzhenko Centre. Auth.), but I didn’t find what I was looking for there either. When I was already leaving the event, I heard someone shouting, “Hey! Hey! Stop! Wait!” The guys (Luka Lebanidze and Zviad Mgebrishvili, participants of the project from Georgia. Auth.) came up to me and said, “Here’s the thing, we’ve been asked to write music for an archive film, but we want to work with something contemporary.”

As it turned out, these amazing Georgian composers have their own sound recording studio. The original version of the film music had a lot of Georgian folk instruments. I reduced their prominence a little, but after that I practically didn’t intervene in the composers’ work.

Your film’s protagonists go to the US to break a record. Which records did you break when you were creating this film?

This is my second feature. It was much harder for me to work on Salt from Bonneville than on The Winter Garden’s Tale. So to make this film happen, I invested much more effort in working on it. The film wasn’t working out for a rather long time, both during filming and during editing. So the main achievement for me today is that the film eventually became what I wanted it to be. And the main challenge during the work on it was not to lose myself.