Based on social media 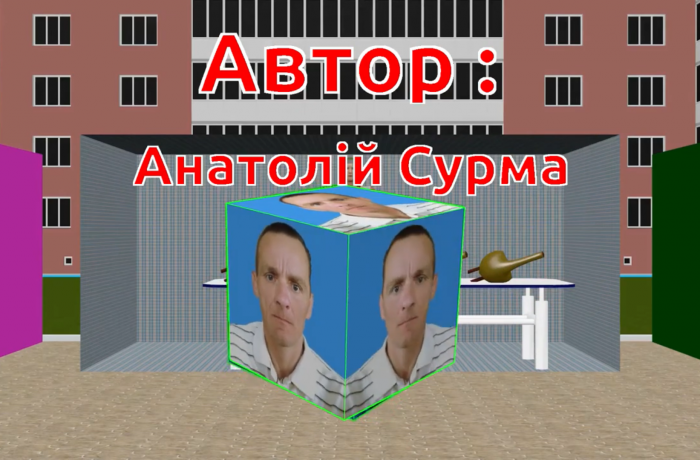 A girl with a mask on her eyes, a Fairy with a traffic cone on her head, a protest of the Union of Burglars, and a Leninfall in a kindergarten. The absurdity of our everyday life depicted through the characters of an amateur animator Anatolii Surma provided a blueprint for the visual conception of our festival. Within the animation retrospective Cartoon. Author: Anatolii Surma from the DOCU/SYNTHESIS programme, we will explore the artist’s visual language and its potential, along with the crises in societies it helps to elucidate. We are sharing the material of Polina Limina, a scholar in cultural studies and researcher, that covers the works of Anatolii Surma.

The animation from the Cartoon. Author: Anatolii Surma you may access freely in the DOCUSPACE online cinema starting from March 27. Within the DOCU/SYNTHESIS programme, there will be held a discussion entitled Genius loci, or an expedition to ‘real’ art with a scholar Evheniya Molyar and an art director of the Docudays UA Roman Bondarchuk.

Before, the easiest way to find out about Anatolii Surma’s animations from Twitter memes. They look as follows: an absurd situation which causes acute embarrassment is commented with a caption, “Author: Anatolii Surma.” This is a local adaptation of a more famous meme, “Directed by Robert B. Weide,” which is used to emphasize equally embarrassing situations. The choice of Anatolii Surma’s work as ‘responsible for the cringe’ in Ukraine is quite telling, because his animations do not just depict comical scenes, but also aptly reveal the foundations of online communication in our society. Which has only strengthened its positions in the past year of quarantine.

Who is behind the credits of this crazy Ukrainian animation? Except for the name and a photo in a cube at the beginning of each video, we know very little about Surma. Anatoliy was born in 1971 in Teofipol, a rural town in Khmelnytsky Region with the official population of 6,000–7,000 people. He first studied to become a tractor driver, but couldn’t work as one for health reasons, so he found a job as a road worker. Once Surma got a brain injury at work. After this, he started working as a yard keeper.

Watching animated series, particularly The Simpsons and South Park, inspired Surma to try and make something of his own. Thus, in 2014, he discovered the Blender 3D editor which allows you to create animation. Using online classes and trial and error, Anatolii created his first cartoon without characters. And soon he started developing stories, created recognizable, almost folk characters, gave them lines from jokes or television and let them live their own lives on YouTube. The first video on Surma’s channel is called The Family Visits Grandpa and Grandma: it feels like the audience are still on this weird visit. Because the characters have remained practically unchanged for seven years, while the topics of the cartoons will often resonate with what concerns us today.

The stories in his animations are essentially processed mass culture phenomena: from fairy tales such as Koza-Dereza or Kolobok to social media jokes about pandemic restrictions. The characters behave in an exaggerated manner, as if in TV talk shows, when everyday stuff is treated with feigned affectation but, at the same time, look emotionless. The latter is, of course, facilitated by Surma’s voiceover, but most of all by the principle of constructing the dialogue. The conversations often resemble social media comments by so-called ‘bots,’ so mechanic and chiched they sound. Or phrases take out of context from speeches by politicians on TV screens, which have already become popular sayings.

No wonder: Anatolii mostly watches people through the internet. In his hometown of Teofipol, his circle is limited (Surma himself explains it by saying that he’s an introvert), but online, he discovers much more opportunities to study society. The animation author chooses the path of observation, hardly ever engaging in direct contact with his audience: even comments to the animations on his YouTube channel are disabled. Meanwhile, the topics of Surma’s films demonstrate with their news relevance that the animator follows the latest updates rather closely.

But the most important thing is not the hot scene acted out by the characters in the new cartoon, but how they talk to each other. It feels like they can barely hear each other, waiting for their turn to say their lines. This indifference resonates with the principles of communication under posts about political and social news: the most important thing is to express discontent (‘concern,’ as Surma ironically puts it), to show your presence in space.

“Kotyhoroshko, tell me honestly, did you use a four-letter word against me in your heart?”

“Uncle, what are you babbling about?”

“I can see that you used a four-letter word in your heart, be honest.”

“You know, uncle, I’m expressing my deep concern about you.”

“Do you know that using four-letter words and expressing deep concern are almost the same thing?”

Constant communication dead ends which the characters find themselves in create a double effect. On the one hand, they can be viewed from the position of absurdity and be comical, because Surma appeals to humor in his films. But on the other hand, it makes you think if new meanings can even be achieved with online communication to a broad audience.

In addition, it is worth looking at who Anatolii Surma’s characters are. They are not complex personalities with their own development or ambiguous problems: it is hard to distinguish any psychological features even for the characters who appear in most episodes. Their images are purely visual, attractive in the ease of their perception and the variability of association. So problem solving is presented as something external: bad people (Baba Yaga, the devil or politicians) in the cartoons are burned or eaten by a tiger, and enemy countries just disappear from the map. This is fascinating in its simplicity, it releases emotional tension: justice is served as if by magic, without the need to invest any effort.

This turns Anatoliy Surma’s animations into a kind of synthesis of a fairy tale and a modern dystopia. They are capable of giving temporary emotional relief through laughter and through safely experiencing an absurd situation – and we all need it, because without a detached perspective, it is hard to realize that some events are abnormal or unacceptable. But after the final line in each animation, “The end. Good job watching it,” you cannot get rid of the feeling that while you might have done a good job, the world around you probably hasn’t. 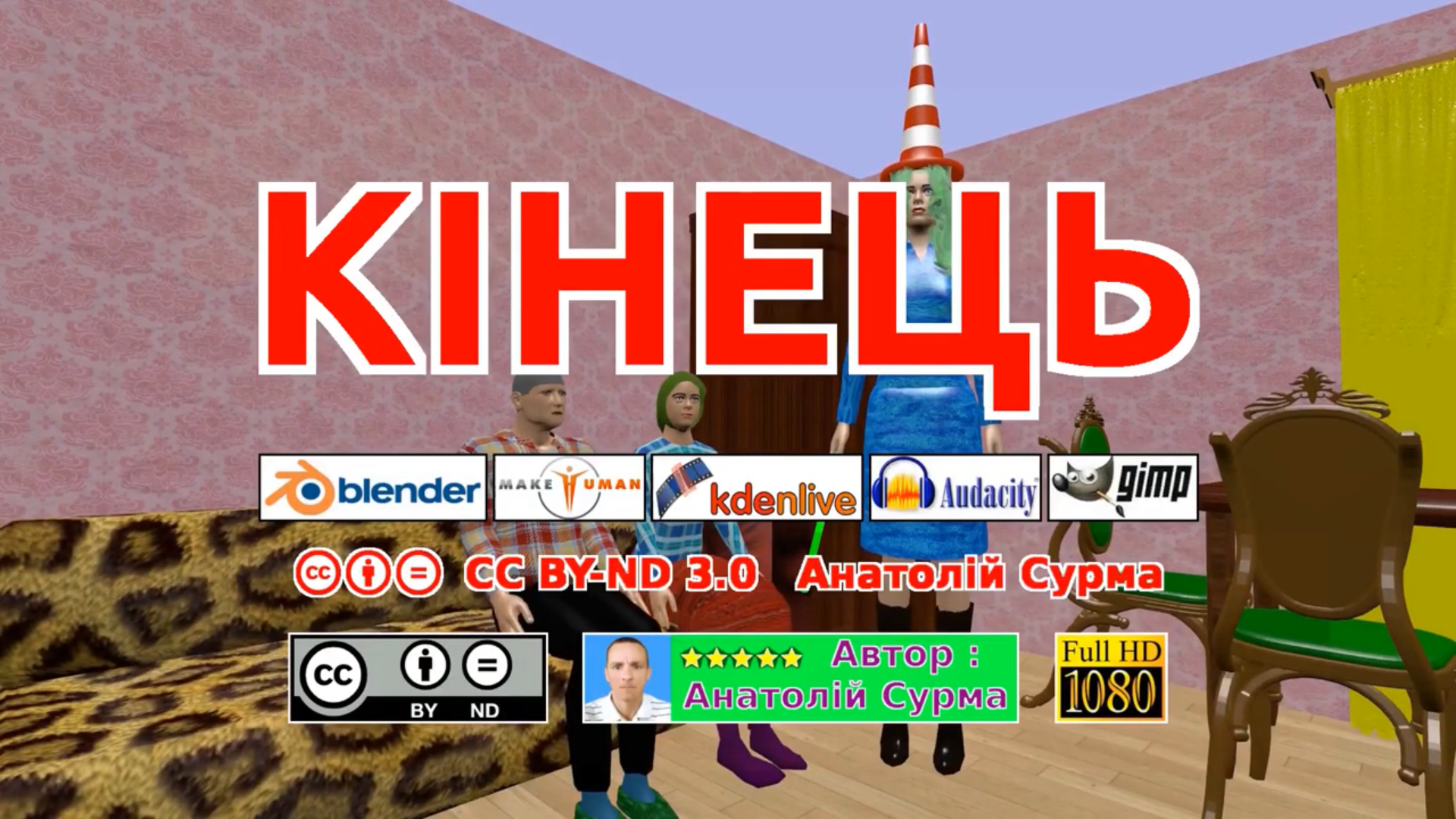