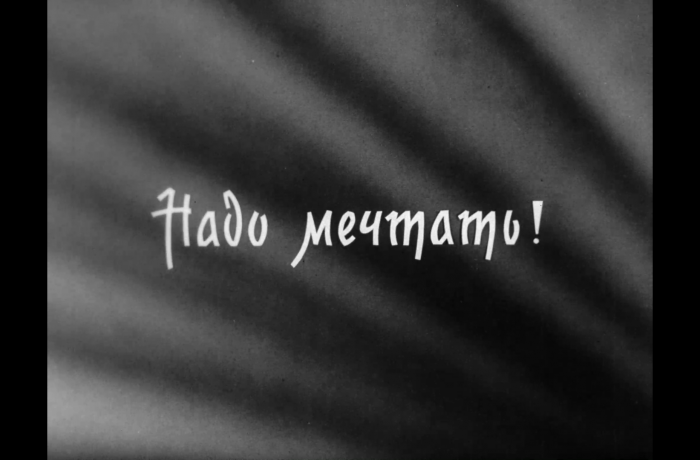 The exhibition project Well-trodden Conections will be open to visitors on 28 May – 13 June at the Dovzhenko Centre Film Museum. Read about the idea of a total work of art in the artists’ creations, the unfulfilled potential of cybernetics, and dreams of social justice in the text by the cultural researcher Yustyna Kravchuk.

Cybernetics, which formerly claimed the status of a meta-science and was born during World War II at military industrial research centres, is mentioned very rarely today, and only as a mysterious prelude to contemporary computer and information technology. However, in the 1950s and 1960s, at its peak popularity in the United States, it was well-known far beyond the professional communities of military engineers. Books by the founder of cybernetics, the mathematician Norbert Wiener, were sold in thousands of copies, and the trans-disciplinary nature of its approach allowed it to have a significant effect not only on hard sciences, but also on humanities, fiction, art criticism, as well as a whole range of art practices. In particular, the flourishing Neo-Avant-Garde art in the late 1960s was, in a way, a result of the mass adoption of cybernetic ideas and the general interest in media theory among artists.1 Such cybernetic concepts as dematerialization, reflexivity and digitization manifested in artworks by conceptualists and early video artists and still remain influential, particularly in new media art.2

At the same time, the growing interest in cybernetics in the Soviet Union was facilitated by the Khrushchev Thaw and de-Stalinization of Soviet science, because during Stalin’s rule, it was criticized as a bourgeois pseudo-science. Nevertheless, Soviet cybernetics, just like its American counterpart, emerged within the military industry of World War II, and its initial goal was to calculate the trajectories of missiles. In 1962, the mathematician and engineer Viktor Glushkov founded the Institute of Cybernetics in Kyiv, and at the same time he presented the first model of the National Automated System for Computation and Information Processing (Obshchegosudarstvennaya avtomatizirovannaya sistema ucheta i obrabotki informatsiyi, OGAS), a design of a system for managing the USSR economy, which became known as the “Soviet Internet” decades later. Glushkov’s idea was to connect all Soviet regions and industries using a decentralized network of computer centres which were supposed to program and run the socialist economy.3

The blurred boundaries of cybernetics and the infiltration of its key concepts into all kinds of areas of both theoretical and practical knowledge helped this peculiar ‘science of everything’ to capture the minds of irreconcilable opponents. On the one hand, cybernetics was a populist field, a symbolic banner of non-conformist movements: hippies, the new left, bohemian artists. On the other hand, it attracted the political and administrative establishment: corporate managers, military engineers and government technocrats.4 Cybernetic metaphors can be found both in gloomy dystopian novels by William Burroughs, Kurt Vonnegut and Philip Dick, and in utopian modernist art projects such as the New Babylon by the Dutch artist Constant. Viktor Glushkov interpreted cybernetics as an instrument for the transition towards a true communist society free of the domination of both capital and the Soviet bureaucracy. In the film Capturing with an Unprecedented Task (Kyivnaukfilm, 1982), Glushkow warns against the danger of using the achievements of cybernetics to the detriment of humanity in view of the existence of antagonistic interests typical of capitalism and imperialism. At the same time, Glushkov’s American colleague, Norbert Wiener, in his development of the concept of the second industrial revolution (a revolution in the use of information as a means of control) claimed that cybernetics can either become a means to reduce the harm caused by the first industrial revolution, or lead to the formation of the so-called “fascist ant state.”5

In the multimedia project Well-trodden Connections, Photinus Studio, SVITER Art Group and Ivan Svitlychnyi use the tools of new media art to think about the key issues and concepts that concerned cybernetic scholars in the 1960s–1980s. Following in Wiener’s footsteps to explore “management and connection in the animal and the machine,” the artists create five media artworks on the topics of the brain and nervous system (SenseOrTouch), heart (SYNC), algorhythm (Fragile Girl! Handle with Care!), cognitive processes (Bifurcation Point), as well as the social interaction between agents and collective action (Out-of-Body Experience).

The project combines various digital media – video, sound, animation, performance – in reference to the idea of Gesamtkunstwerk, a total work of art, which was first articulated in the mid-19th century in the essays The Artwork of the Future and Art and Revolution by the opera composer Richard Wagner. Wagner’s ideal was an artwork which, through theatre, synthesizes into a single unified creation all forms of art, as well as collective authorship whose creator is the people. In the 20th century, the concept of Gesamtkunstwerk underwent rethinking and transformation in the practice of numerous modernist artists. 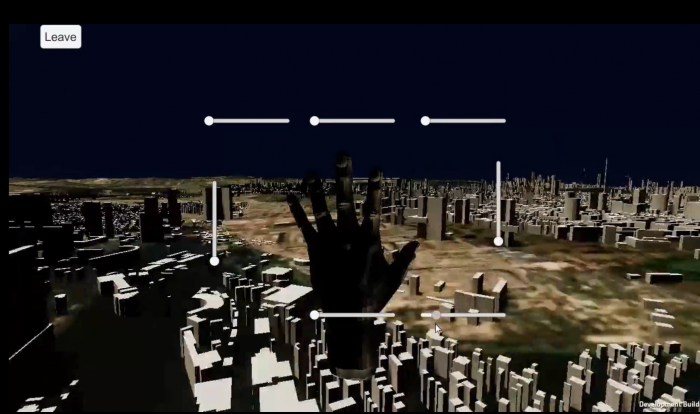 A Still from Out-of-Body Experience

In the 1960s, the idea of the people as the creator was promoted by Joseph Beuys in his theory of social sculpture, but unlike Wagner, Beuys expands the boundaries of an artwork far beyond the walls of a theatre, claiming that any human activity aimed at shaping and structuring society and the environment is art.

In the online performance Out-of-Body Experience, Photinus Studio implemented the idea of a social sculpture by creating a virtual platform for performative collaborations under the conditions of a lockdown and isolation. In the space of the platform, using various tools, the performance participants take particular fragments of reality and form the body of a collective character whose goal is to travel to the sea. Thus, in the virtual space, the artists realize the shared dream of the once-lost Crimea and traveling, which is practically impossible given the pandemic and closed borders. The space of Out-of-Body Experience also creates a certain alternative to social media platforms which, subjected to the logic of digital capitalism, commercialize social interactions and contribute to alienation rather than to building social connections. Out-of-Body Experience involves the participants in a shared game based on collaboration and collectivism, in contrast to the competition and individualism typical of capitalist relations.

Another interactive artwork, Bifurcation Point by Photinus Studioand Oleksandr Sirous, uses animation and a generative mechanism to explore the collective aspects of cognitive processes. The author involves the audience in the artistic process: via sound sensors, the visitors of the exhibition trigger the emergence of animated characters on screen. While in Out-of-Body Experience, the participants performatively realize a joint project, in Bifurcation Point, the audience is invited to collectively think of and imagine possible social change, observing the transformation of established cultural codes.

The video installation Fragile Girl! Handle with Care! by SVITER Art Group also expands the concept of authorship, but not from the perspective of the dichotomy between the collective and the individual or between the author and the audience, but rather from the perspective of combining human and machine creativity. The working material for the installation were three documentaries by the Kyivnaukfilm studio from the 1960s–1980s about the utopian visions and achievements of Soviet science in general and cybernetics in particular. The editing algorithm created by the artists splits the films into fragments with identical plot action, generating a video with an unchanging structure and visual variation. In the very first scene, the algorithm quotes Viktor Glushkov’s line from Capturing with an Unprecedented Task about the automatization of creativity using a computer and about the changing role of an artist from the creator to the selector of finished material produced by a machine. In this case, the selector is the programmed algorithm. By way of appropriation, it creates a new artwork from old material, and functions as a self-reflective machine which conceptualizes its own means of production.

Glushkov’s utopian Gesamtkunstwerk, which involved the use of cybernetic science in all areas of socialist society and its transformation into a holistic self-regulated organism, has remained an unrealized dream. For the ageing and ever more inert Communist Party elite, Glushkov’s ideas, which would involve a radical transformation of the Soviet economic system, were too audacious. Despite the crisis and stagnation, which required significant economic transformation to be overcome, the Soviet leadership settled for cosmetic reforms. Not long before his sudden death, Glushkov realized that the Soviet economy and cybernetics were ceasing to exist and would soon be absorbed by stronger systems.6

Today, it is clear that the scientific utopianism of the 1960s cybernetics, implemented in the contemporary late capitalist reality without a social revolution, turned into its dark opposite. The fascist state of obedient ants, which Wiener warned about, became globalized in the form of tech monopolies.7 At their factories and warehouses in countries with cheap workforce, workers compete in productivity with machines until full exhaustion, but by no means use them as tools to make their own days of labor easier. Contemporary capitalism has found itself in a crisis similar to the one that the Soviet socialist system experienced in the 1980s: despite catastrophic threats and endless crises, political elites settle for temporary solutions instead of inventing audacious projects aimed at building a fair society.

Hitting independent culture and education institutions the hardest, the COVID-19 pandemic has deprived us of spaces where such projects could be imagined, conceptualized and discussed. Only isolated self-organized communities such as Photinus Studio continue to dream collectively, experimenting with various forms of creativity.