"If we look at ourselves with a different set of eyes now, this is the decisive stage of the transformation that began in the broken experience of our parents." 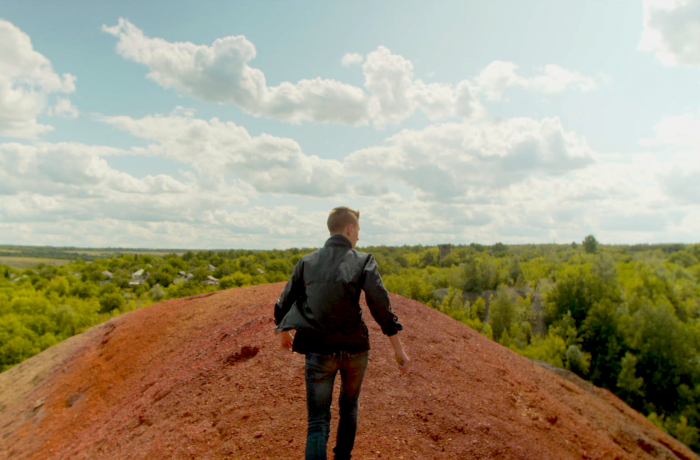 This is the second material in the series in which we talk with Ukrainian directors participating in the Sheffield DocFest industry events. The British festival Sheffield DocFest will last until June 28. There you can join the events of the program "Password: Palyanytsia".

Maria Stoyanova, Roman Lyubiy, and Alisa Kovalenko talk about working on films during the war, the transformation that the films underwent, and their expectations on the eve of Sheffield DocFest. Read the first part of the material at the link.

"Password: Palyanytsia" programme is supported by the British Council and the Ukrainian Institute as part of the “UK / Ukraine Culture Season” programme. 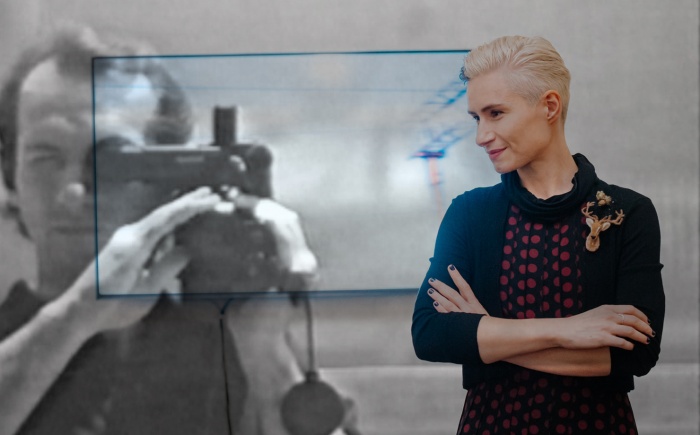 Mariya Stoyanova, the director of Fragments of Ice

It seems that it is not we who choose the stories, but they choose us. I don't even know how the tapes with my parents' videos could not have chosen me. After reviewing them more than three decades after their creation, I felt the tension between the changes that have taken place with all of us during this time, and forever unchanging records from the past. From this tension arose the desire to make a film.

Our team has never doubted that the creation of Fragments of Ice remains important for Ukraine - even when it was impossible ещ imagine yourself in activities not directly related to the war. Although the film is archival, it relates to the present and can not only reflect the Ukrainian collective "post-Soviet" experience but also better explain it to ourselves and a wider international audience.

The point in time from which we now look back at our past has gained such dramatic life weight that everything revolves around it. This does not fundamentally change my approach to making a film, because it was conceived as a subjective attempt to talk about the past from the present viewpoint, whatever it may be. And if we look at ourselves with a different set of eyes now, this is the decisive stage of the transformation that began in the broken experience of our parents. In the film, I want to sharpen that connection between the two generations even more. However, the fullest understanding of how my view of the film changes will come when I return to working on my material. An essay film, after all, is both an attempt and a process.

In January 2022, we already had a 50-minute draft, but now our financing and production are on hold. It seems that we can, and most importantly, want to continue working. To do this, we need to find a new editor and funds from other sources.

We are here to look for international funding, co-producers, broadcasters, sales agents, in cooperation with whom we could resume working on the project. 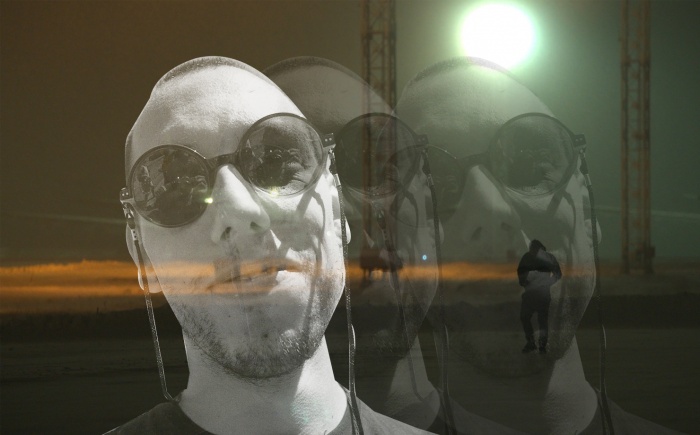 I changed my film. Added one title and one short episode from today. But since the film was shot earlier, for the viewer the present appears as a window into the future. And this is a very interesting effect. In fact, this is the most interesting episode in the film for me.

The first impetus for this story was rather illusory access to the case files. But when I found out that the information on the Internet is all I can get access to, I began to look for other ways to share my outlook. And so the idea of fictional recreated scenes and a hybrid form appeared.

I am struck by the scale of the downing of the M17 as an event. This is not an ordinary case. If you look at the cargo lists, you see live dogs, live birds, some details for a helicopter, plants and 298 people on board. For me, it's like an ark, a flying city, a closed system. I remember very well the moment when I learned that the plane had been shot down. That was 4 years before I started​​making the film. I remembered a very strange psychological effect this event had on me, because the first thing I thought was that the war was over. Because it seemed that this was it: there’s no turning back, planes are being shot down, and the world will have to do something about it. And surprisingly, there wasn’t any special response.

The perception of the film has changed greatly. For a while, the film completely lost its meaning for me, but later I managed to find it - and a completely new one. Now the downing of a Boeing and the lack of retribution for this crime seems one of the seeds from which this already new level of aggression has sprouted.

Now the project seems to me almost finished. I have a directorial superpower - to trust the people I work with. So we agreed that I have a month to finish my version of the film (it's rough in terms of sound and colour correction). And then I completely hand over the wheel to co-writer, editor Mila Zhluktenko and co-director Andriy Rogachov. They will take care of the final touches.

At Sheffield DocFest, we are looking for distribution partners. 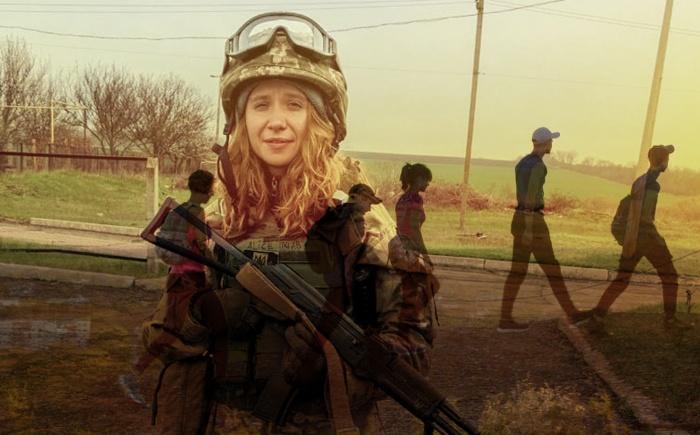 Alisa Kovalenko, the director of Expedition 49

I don’t think that the story has lost its relevance, but absolutely everything in it has changed and is now perceived in an absolutely different sense. While before it was about the fact that dreams come true and this is hard to believe in, when the war started, our film became about the broken dreams of children and teenagers. We were supposed to have a happy end in which the children achieve what they dream about. Now we’ll have to reconsider and rethink what this story has actually ended with. Because in fact, it has not ended. Three of our protagonists are now under occupation. Only one of our heroines, Lisa, we managed to get out of Kharkiv on days 8–10 of the war. And another one of our protagonists, Andriy, escaped in a month or a month and a half after the war began.

The trigger for our work on this film was the meeting with Valentyn Shcherbachev, a sports reporter and traveler. He told me about his crazy idea to conduct an expedition to the Himalayas, a rehabilitation project for teenagers from Donbas. And I wanted to be a part of it. In the end, the film is not even about the expedition but about the lives and dreams of teenagers in Donbas. I filmed them for three years, and it was very interesting to get immersed in their world, to see that, despite all the difficulties and circumstances, they continue to dream and believe that dreams come true.

The film is at the stage of the first rough cut. So far, we’ve only tried to construct the screenplay very roughly. But many things will still change, we’re only in the middle of the editing path.

Our perspective on the story has changed, and while before it was a motivating and light story with a drive, now there is a lot of sorrow in it. Everything has changed: the children’s reality has changed, the context of its perception has changed.

I took a break from working on the film because I went to fight on the frontline three months ago. And although I did not work on the editing during that time, I thought about the story’s dramaturgy even at the front, about how it has changed and what actually has changed for us in it, what it means for me today, how I could rethink it in view of all the events. Of course, I intend to return to editing, I think I’ll do it in late summer.

It’s just incredibly sad for me that these horrible things have happened to my protagonists, that three of them are under occupation. We managed to transport Liza to Belgium, but her whole family remained under occupation. She is the only one who has had some success at least with her education, she is now studying at an art school in Ghent, Belgium.

We are looking for broadcasters so that as many people as possible could see the project. In addition, we would also like to find a lab to work on editing, because the story has changed since the beginning of the full-scale war, and we need to do a good brainstorm to understand what we can change to rebuild the story. So it would be important for us to find a place for a lab and some support so we, together with our Ukrainian and Polish editors, could work in peace. We are also looking for co-producers to cover the 30% of funding from the Ukrainian State Film Agency which we’ve lost. Plus we would like to find sales agents who would like to support the project.

Main photo: a still from Expedition 49