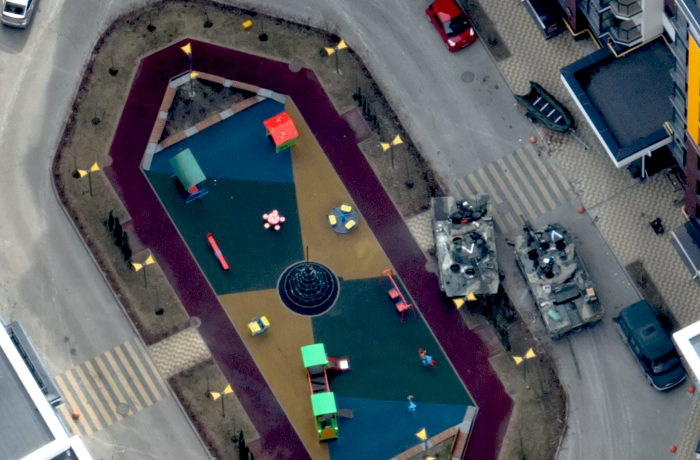 We continue speaking about Ukrainian reality and culture through documentary cinema abroad. You can join the screenings of Ukrainian films and see the works by Ukrainian artists at the UK festival Sheffield DocFest on 23–28 June as a part of the Password: Palianytsia programme. Read about its components on which our team worked together with Sheffield DocFest, British Council and the Ukrainian Institute within the UK/Ukraine Season of Culture.

Roman Bondarchuk, Art Director of Docudays UA, notes: “On behalf of the entire Docudays UA festival team, I thank the wonderful people from Sheffield DocFest for the initiative to create a programme of solidarity with Ukraine this year. It is an invaluable step in a year when a full-scale war has started in our country and when we are forced to postpone our festival until the country’s liberation from the enemy.

“Now is an especially favorable time to hear the voices of Ukrainian authors. Feel their poetry, strength, and special motivation. It is time to truly discover the uniqueness of Ukraine, stop viewing it as one of the ‘post-Soviet’ colonies. See how modern and fresh our film language can be.”

Clare Stewart, Interim CEO and the Sheffield DocFest team: “The fact that this collaboration has expanded, and is now represented across all of our programme, is a testimony not only to the great documentaries Ukraine is producing, but also to the resilience and the commitment of our Ukraine colleagues, who despite the unimaginable challenge of living in a state of war, continue to fight for the future of Ukrainian culture.”

“The British Council and Ukrainian Institute are delighted to be working together on delivering this season of culture, and to be launching it at Sheffield Doc Fest. Film is a key creative sector in Ukraine, and now more than ever it is important that new films giving voice to contemporary Ukrainian culture are visible and accessible to international audiences”. — Scott McDonald, Chief Executive, British Council, and Volodymyr Sheiko, Director General, Ukrainian Institute

The screenings at Sheffield DocFest will present 4 films from the National Competition of Docudays UA 2022: Plai. A Mountain Path by Eva Dzhyshyashvili, Mountains and Heaven in Between by Dmytro Hreshko, Pryvoz by Eva Neymann and Infinity According to Florian by Oleksiy Radynski; as well as the film which was supposed to open the 19th Docudays UA: Boney Piles by Taras Tomenko, and Andriy Bondarenko and Myro Klochko’s short film Peace and Quiet, filmed on the first two weeks of the full-scale war against Ukraine.

The joint screening of Boney Piles and Peace and Quiet will be followed by an extended Q&A session with the filmmakers titled When it comes to Ukraine, what should one know?.

We will discuss how Ukrainian documentary filmmakers experience and conceptualize reality, and the responsibility of our generation of artists and cultural figures as we face war.

Roman Bondarchuk, the Art Director of Docudays UA, will also join the festival jury and judge the films in the International First Feature Competition.

Moreover, the festival will feature four Ukrainian films in the Sheffield DocFest Official Selection program: Fragile Memory by Igor Ivank, One Day in Ukraine by Volodymyr Tykhyy, Outside — Ukraine by Olha Zhurba and Overcoming the Darkness by Kinodopomoga.

DOCU/SYNTHESIS as a part of the Alternate Realities art programme

Among other projects at the collective international exhibition, we will present artworks dedicated to cybernetics and its intersection with digital art, created within DOCU/SYNTHESIS. These include Out-of-Body Experience by Photinus Studio, a group of young Ukrainian media artists, and Capturing with an Unprecedented Task (1982, directed by Lev Udovenko), a popular science film created at the KyivNaukFilm studio.

In addition, Sheffield DocFest will host a series of events of the DOCU/PRO Industry Platform. We will announce the details of these events soon.

All programme events are part of the UK/UA Season of Culture, organised by the British Council and Ukrainian Institute.

Read more about the programme at this link.

Main photo: a still from One Day in Ukraine