The special edition of the 19th Docudays UA: results of the Kyiv film weekend, human rights programme and the Travelling Festival 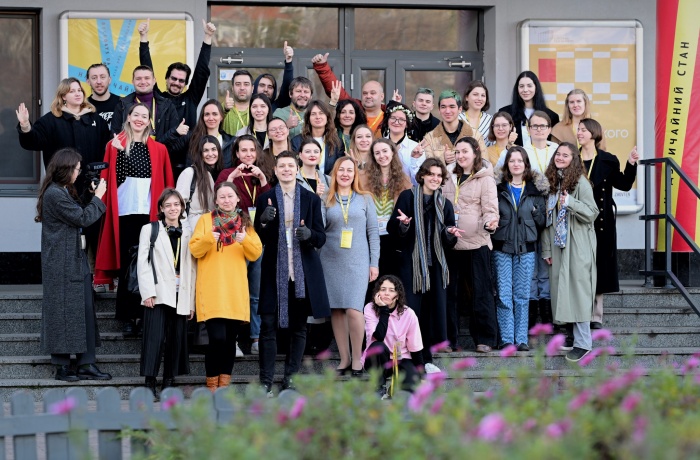 During three days, from 11 November to 13 November, a special edition of the 19th Docudays UA, "State of Emergency", took place in Kyiv. We thank the incredible warriors who defend the country and make the film festival possible.


We are grateful to our partners, audience, volunteers, guests, event speakers, and discussion participants! For the full cinema hall at the opening, for the sold-out seats at the long-awaited film premieres, for the thoughtful questions at the discussions, for the warm atmosphere and sense of co-presence and, of course, for your hypnotic and cinematic selfies in the photo booth. During the Kyiv Film Weekend:

The special edition of 19 Docudays UA does not end with the film weekend and moves into new formats. 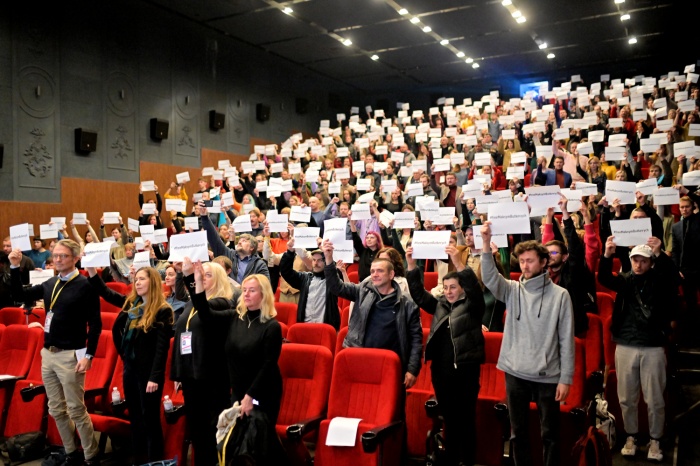 "State of emergency" on DOCUSPACE:


We also give exclusive access to films from the 19th Docudays UA national competition in our online cinema: Ivan's Land (dir. Andrii Lysetskyi), Tales of a Toy Horse (dir. Ulyana Osovska, Denis Strashny). In addition, you can watch the films The Bright Path (dir. Iryna Riabenka) and Moun­tains and Heaven in Bet­ween (dir. Dmytro Hreshko)


The films are available in the online cinema until the end of the year and only on the territory of Ukraine. The price of the ticket is UAH 50. 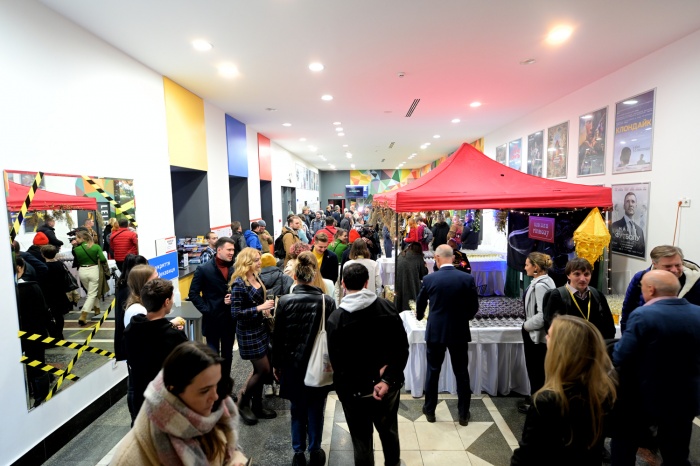 Docudays UA films in the regions:


Docu-films will also travel through the regions. The programme includes both online screenings and offline events. The residents of Zaporizhzhia and Lviv regions will be our audience this week.


The safety of our audience is our highest priority, so we do not disclose the detailed schedule and location of the events. To find out about the events of the Travelling Festival in your city, please contact Andriy Silchenko, project manager of the Travelling Docudays UA: [email protected].


The film programme of the Travelling Docudays UA will include a block of short films created by Ukrainian directors after the start of the full-scale invasion: I Did Not Want To Make A War Film (dir. Nadiya Parfan), Peace and Tranquility (dir. Myro Klochko, Anatoliy Tatarenko), Liturgy of Anti-Tank Obstacles (dir. Dmytro Sukholytkyy-Sobchuk) and Fortress Mariupol. Orest (dir. Yuliia Hontaruk).


Foreign and Ukrainian films from the 19 DOCUDAYS UA programme, which the team prepared back in the winter for screenings in the cinemas of peaceful Kyiv, will also be presented. The programme includes the films Terykony (dir. Taras Tomenko), A House Made of Splinters (dir. Simon Lereng Wilmont), Ivan's Land (dir. Andrii Lysetskyi) as well as films from the "State of Emergency" special weekend.


You can find out more about the films travelling through the regions of Ukraine on the Travelling Docudays UA website. 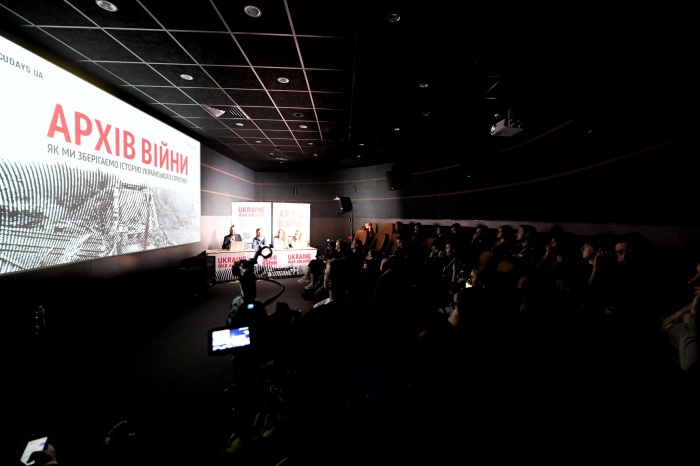 The series of conversations within Rights Now! Human Rights Programme:


Traditionally, events of the RIGHTS NOW! Human Rights Programme will take place during the Travelling Festival. This year, we will have five online conversations where you can discuss and reflect on the consequences of the war together with experts. In particular, we will talk about the impact of war on the environment, what Ukrainian society will be like after victory and the experience of pregnancy and childbirth during the war.


The first online event will start tomorrow, Tuesday, 15 November, at 11:00 AM. Discussion "Winter is coming! How the energy crisis affects the warmth of our homes" will raise the question of the damage that can be caused to the environment by how we keep warm this winter.


In partnership with the Ecoclub NGO, we will talk about how the war changes environmental trends and the daily life of Ukrainians during the most intense phase of the heating season. You can watch a stream of the conversation in the docuspace.org online cinema, as well as on the Facebook page of the Docudays UA International Human Rights Documentary Film Festival.

Photo: Stas Kartashov
______________
The 19th Docudays UA Special Edition is held with support from the Embassy of Sweden in Ukraine, the Stabilisation Fund for Culture and Education 2022 of the German Federal Foreign Office and the Goethe-Institut, European Cultural Foundation, International Media Support, Ukrainian-Danish Youth Forum, the Embassy of Switzerland in Ukraine and the Polish Institute in Kyiv. The festival’s inclusivity is supported by Oschadbank and Mastercard.