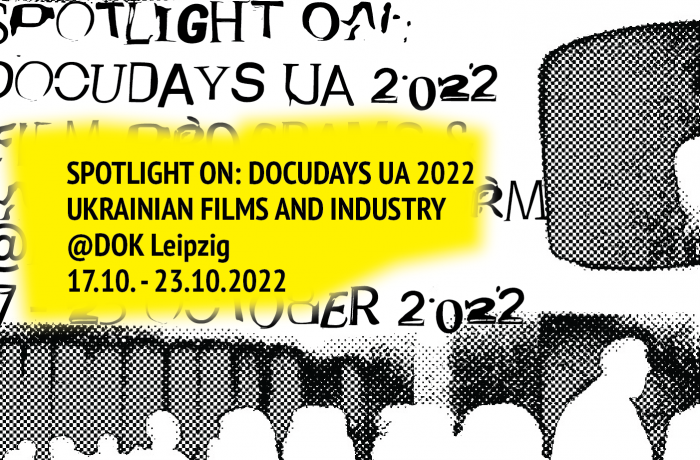 On 17 to 23 October, Ukrainian documentary projects will be presented in the sections of the programme and at the industry platform of the DOK Leipzig international festival. We will soon share all the details with you. But first please welcome the participants of Spotlight on: Docudays UA 2022.

The Spotlight on: Docudays UA 2022 programme includes four films from this year’s DOCU/UKRAINE national competition: Plai. A Mountain Path by Eva Dzhyshyashvili, Mountains and heaven in between by Dmytro Hreshko, Pryvoz by Eva Neymann, and Infinity According to Florian by Oleksiy Radynski. As well as the film Terykony, directed by Taras Tomenko, which was supposed to open the festival in March.

Therese Antony, the programme coordinator of DOK Leipzig, speaks about the idea and purpose of the collaboration:

“When we heard the news about the Russian invasion of Ukraine on 24 February, we immediately thought about our colleagues from Docudays UA and the community of Ukrainian documentary filmmakers whom we have been working with for many years.

“In solidarity with the team of Docudays UA, we offer a platform for a presentation of the national competition of the 19th festival and a showcase of Ukrainian talents in all festival sections and industry programmes. We’ve invited films, directors, and festival delegates to  DOK Leipzig so they can present their work, talk to our audience, and most importantly, meet with international colleagues, establish connections, find new partners to support the future of Ukrainian film talent. The war aims to eliminate voices, so we offer our platform to amplify the voices of Ukrainians.”

Darya Bassel, the director of the DOCU/PRO industry platform, comments on the Spotlight on: Docudays UA-2022 programme:

“These are the only Docudays UA films which we managed to announce before the beginning of the full-scale invasion. Not all of them are about war, and that’s actually good, in our view. Because these films can immerse the audience in the context of Ukraine, our life and our routine. The programme presents films about different Ukrainian regions: East, West, South, Center. Nowadays we talk a lot about the changes that our society needs. These films will help both us and the international audience to understand more about this demand than you can see on the news.” 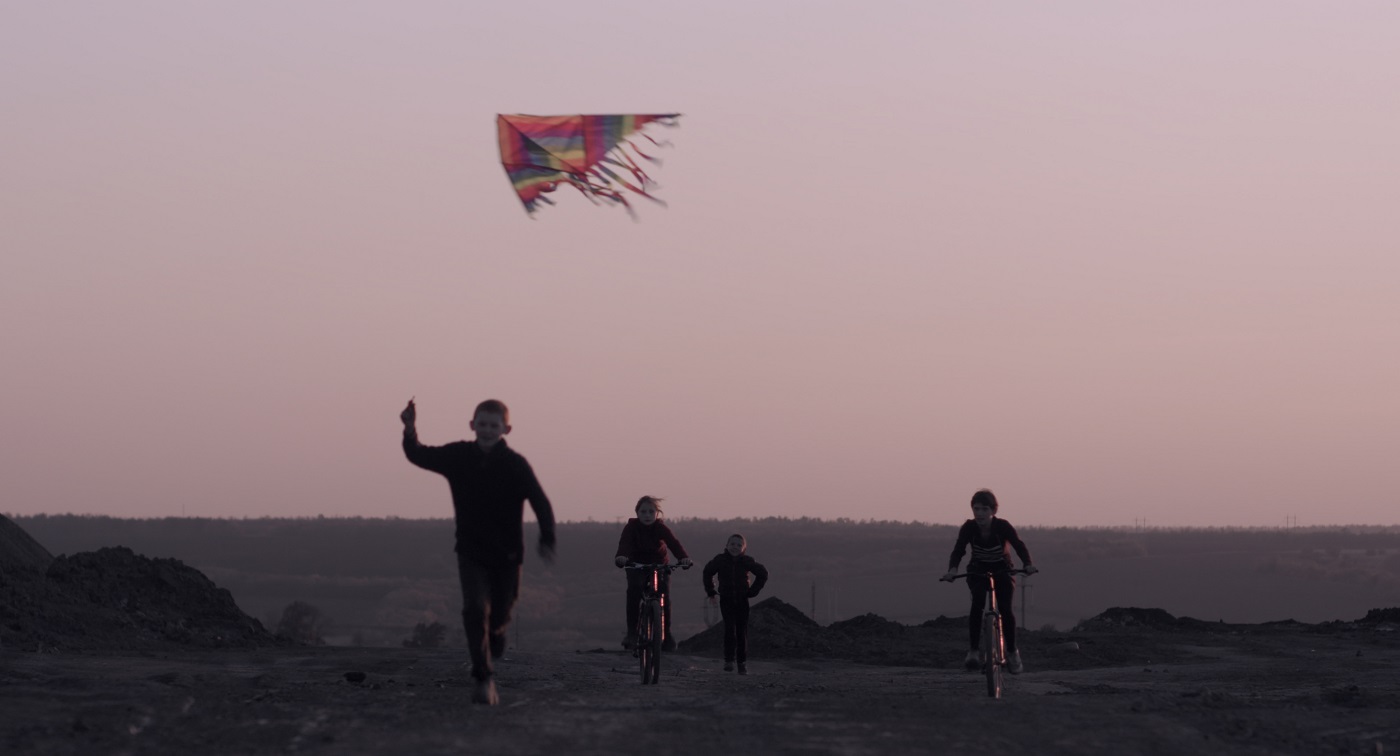 Nastya was six when three missiles fired by the Russian army hit her house on New Year's Eve. She survived but lost her father, childhood and faith in life. To the likes of her, the war has become something commonplace, like the landscape outside the window. Yet Nastya has dreams. Like every girl, she dreams of a new house and a dog and keeps on writing letters to Santa asking him to bring her father back.

The method of documentary surveillance of characters and non-intrusion into their personal space makes it possible to show the dramatic nature of life for children on the front line. 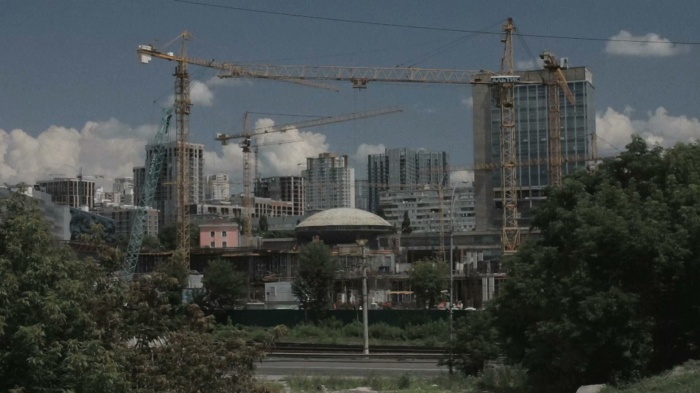 What is Earth? What is a solar system? What is humanity? Who is Florian Yuriev? Why did he build a UFO building in Kyiv? Will we be able to use it for its intended purpose in the future? Infinity According to Florian deals with these questions, related to the legendary figure of Kyiv-based architect Florian Yuriev. This film also recounts why capitalism is a thing of the past, and what happens when you divide one by infinity. 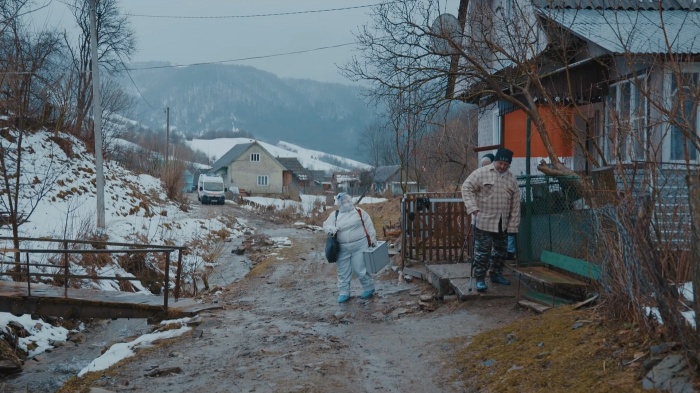 Mountains and heaven in between
Director: Dmytro Hreshko

It's 2020, the world is threatened by a pandemic – the new and unknown coronavirus disease. At the same time, the mountain village of Kolochava in Zakarpattia goes on with daily life because people here face difficulties constantly.

Mariia, Tetiana, Anna and Svitlana are very well known in the village. They are the four female paramedics working at the only ambulance station in Kolochava. Despite the pandemic, most of the calls in this village are the same old diseases: strokes, hypertension and cardiovascular diseases, pancreatitis, alcohol intoxication and others. People keep suffering from severe illnesses, which become even more dangerous in hospitals, now overcrowded with COVID-19 patients.

The villagers get born, get married, celebrate… and eventually die. Life is too short to be put on pause. It seems the life cycle in this village will last forever, but will its people be able to survive if the next pandemic is more deadly? Life in the village continues, and the ambulance workers are always ready to come to the rescue. 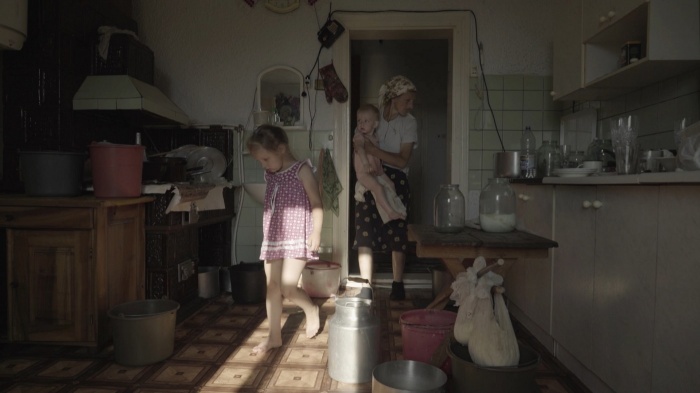 This is the story of people who have saved more than they lost under the pressure of our ambivalent present, which has mixed up all the laws of earth and heaven. Their strength and weakness is their love: for their land, for their neighbours. They are both dissident and obedient at the same time, like the mountains. They rebel against the injustices of life, and bravely take all the blows of fate. To the human eye, the Malkovych family is lost among beautiful and harsh nature, but in fact they are in a place where harmony and love, passed down through generations, have ruled since the beginning of time. 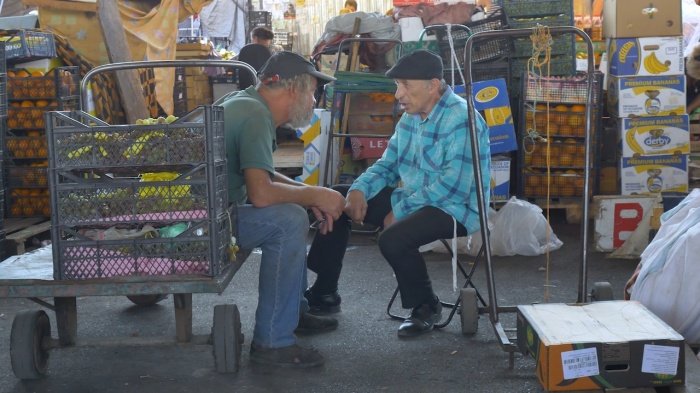 The film documents the life of one of the oldest and largest markets in Europe. Passion on both sides of the counter, the loaders’ dreams, the fish sellers’ hidden fantasies…The security guards and the flea market manager share their thoughts about the universe and the meaning of life. The past, the present, the future — predictions from fortune-tellers, the ‘most correct weight’, and the generous tasting samples are exposed and revealed. And the same is true for all kinds of town folks at the Pryvoz! Everybody comes here, and everyone finds something for themselves. Anyone who searches for miracles or metamorphoses – in destiny, the human soul, and time – will not leave there empty-handed either.

_______
The Spotlight on: Docudays UA 2022 programme was made possible with the support of Federal Government Commissioner for Culture and Media (BKM). Thanks to support by the Ukrainian Institute and the Goethe-Institut and Goethe-Institut in Exile, additional filmmakers and delegations from Ukraine will be able to participate in the festival and the industry offerings in Leipzig.