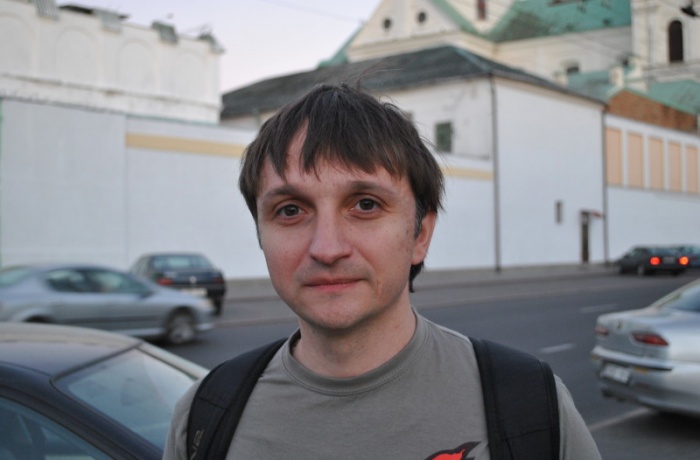 On June 10-11, Docudays UA’s documentaries were shown in Grodno, Belarus.

The festival has been operating since 2006 and is traditionally held on the last week of March at Cinema House in Kyiv. After festival screenings, the films would travel across other towns and cities of Ukraine and post-Soviet countries.

The films tell about human lives in various parts of the world – in Israeli women’s prison, pirate camps in Somali, at the ZIL car factory... Docudays UA is something special because its selection is hardly accessible on the internet or elsewhere beside festival screenings.

The festival’s selection was shown last year in Minsk. For Grodno, it was for the first time. The screenings were supported by the Consulate of the Republic of Poland and were held on its premises.

We used the occasion to talk to Volodymyr Yavorskyi, one of the festival’s coordinators and founders.

Directors live with their characters for 10-15 years

How did you come up with the idea to make a festival?

The festival came to life 11 years ago, and we realized that it is one of the best ways to reach ordinary people leaving their ordinary lives and not being activists. To show quality documentaries and social issues which exist in any country and need people’s attention. A citizen must show awareness of them and demand the same from authorities.

We saw that there’s a network of festivals showing human rights films and decided to do the same. Over time the number of our supporters has been growing, and they’ve been inviting us to show our selections in their cities and towns. Our films have been screened in more than 300 cities and towns of Ukraine, in Russia, and – since last year – in Belarus. We organize one of the largest festivals of the kind in the post-Soviet part of the world.

Are documentaries art or journalism?

It’s art. TV shows made by journalists are journalism. Our films don’t fit into TV format. They’re more complex; their structure is more interesting. Come films are made for 10-15 years, because their directors live with their characters. They aren’t news features.

Your festival is designed for professionals or newcomers?

We’ve got numerous debuts. Our competition is open, and the main criterion is the interest waken up by a work. Besides, we invite young directors from Kyiv to participate in master classes by stars of documentary filmmaking who comes from all over the world and were awarded in Leipzig, Berlin, etc. We show films made no earlier than a year or a year and a half before current festival year. Premiers are frequent. Sometimes competition includes monsters of cinematography and directors who have just shot their first film. And sometimes those are not even directors but rather activists caught in the midst of interesting events.

Why do you think that post-Soviet people may be interested in the issues from Somali, America, or Israeli prison?

Because those issues are similar for different societies. Documentary filmmaking clearly shows that each society is somehow ill. The difference is only in its reaction. Somewhere they tend to ignore a problem, elsewhere authorities pay attention and cope with it, or authorities don’t see anything, and the society shows its awareness and copes with a problem. When people watch a film about Somali, thay realize that similar issues take place around them, too. 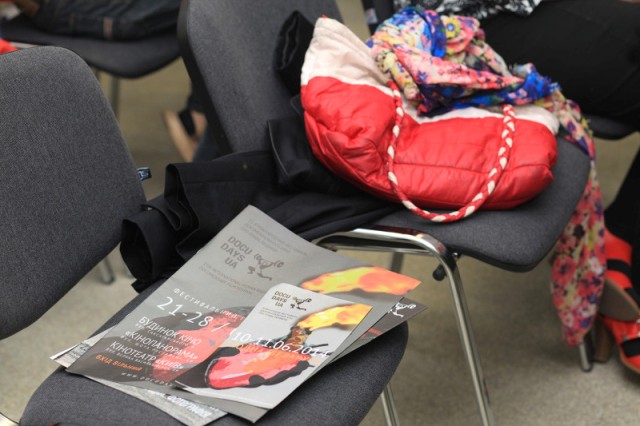 A world not distorted by media

Over all these years, have there been any films that would deeply touch you personally?

Those were dozens, but naturally the recent I remember best. For instance, Putin’s Games, about the Olympics in Sochi which cost about 50 billion US dollars. The previous Olympics deemed the most pricy cost, for instance, 2.5 billion. This is not only the question of unheard luxury, but also of unheard misappropriation. And the film shows ordinary people living in Sochi and being affected with such things. The same with films about Maidan: those aren’t TV propaganda; they’re stories of ordinary people. Why did they come out there? What did they want? Did they achieve what they’d wanted?

Here, in Grodno, we show a film about a prison in Israel, where an Israeli woman, an Arab woman, and one other woman not belonging to any of those nations are kept. The war’s been on for so many years, and they sit there and somehow build on their relationship. And you understand the variety of the world, how interesting it is, how distorted it looks on the media sometimes.

Have you ever had any problems with the festival?

Yes, but only in Ukraine. When last year Yanukovich’s regime started its pressure on everything, there was a number of bans and unpleasant issues. For instance, we had that film about the president’s residence, Mezhyhirya. People should know the way of their president’s living. And the screenings continuously hampered all over the country: buildings would be ‘mined’, secret service agents would come and interfere... But this was insane – to become a multibillionaire when 20% of his citizens live below the line of poverty. Each ceiling lamp there cost no less than 80 thousand Euro, and there were several dozen of those lamps.

Should Docudays UA’s selection always focus on issues, or films may be entirely positive?

We’ve got positive films, even humorous. For we try to not only show a problem, but also to show how to deal with it. For instance, films about disabled people who manage to live full lives despite stereotypes. It depends on the director. When we watch Putin’s Games, we can’t stop laughing. Showing gore is easy, but one should look at all sides of the problem to see not only the problem itself, but the way out, too. So there must be some positivity.

Do you work with Belarussian directors?

We usually include Belarussian film into our selection. I can’t remember the title, but we had a Belarussian film this year. In the past there were twice more films. Everybody knows Chaščavacki. But now directors from Belarus are not so topical anymore. Perhaps, the reality doesn’t change and they don’t want to repeat themselves. Although there’s plenty of topics...

Which films about Belarus may be interesting to people abroad?

For instance, films about Belarussian countryside, people in villages living in their closed worlds. Not many people go there to shoot documentaries. Or take Belarussian propaganda: how does this machine work, when it does or doesn’t work, what are its tools and means? At the festival, we showed episodes of TV programs, which looked interesting for those who had never confronted such things before. Belarussian are used to such things, it’s a kind of routine for them, but foreigners – even Ukrainians – are not accustomed to that at all.

How Belarussian cities manage to stay so clean? Why Belarussian roads look so good? There are things Belarussian can be proud of, and those thing are worth being filmed. Domracheva, hockey... there’re plenty of interesting topics not covered by local directors for unknown reasons.