Alexander Glyadyelov’s Exhibition You See, My Brother? at Docudays UA 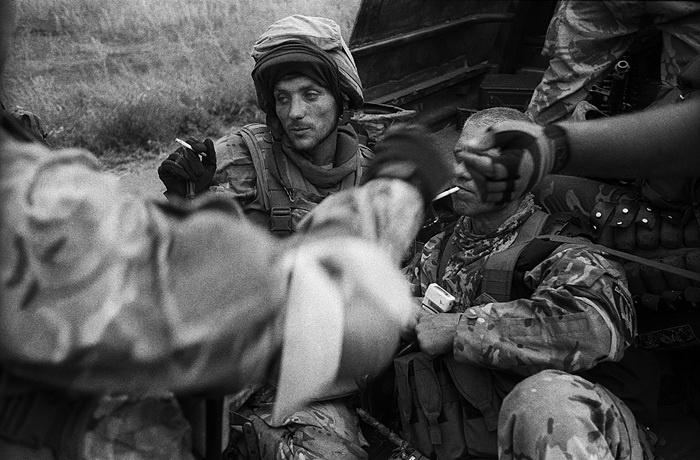 We hear people say that superabundance of depictions of violence in the mass media deadens the human sensibility and capacity for empathy so often, that the mere thought of it became equal with pictures like these ones.

And to think that it was articulated for the first time just half a century ago, during the Vietnam war. And here is why:

This is a quote from Far from Vietnam (Loin du Vietnam, France, 1967), I think this film is the best war documentary. Since then, the quantity of ‘the furniture in our home’ showing us depictions of war and terrorist attacks has been increasing at an exponential rate. Many of us are familiar with that awkward feeling when you scroll through Facebook photos from ‘over there’ too quickly and without stopping. Or when you chose some well-meaning TV serial instead of the latest news (and God forbid anybody should accuse me of reproaching them). 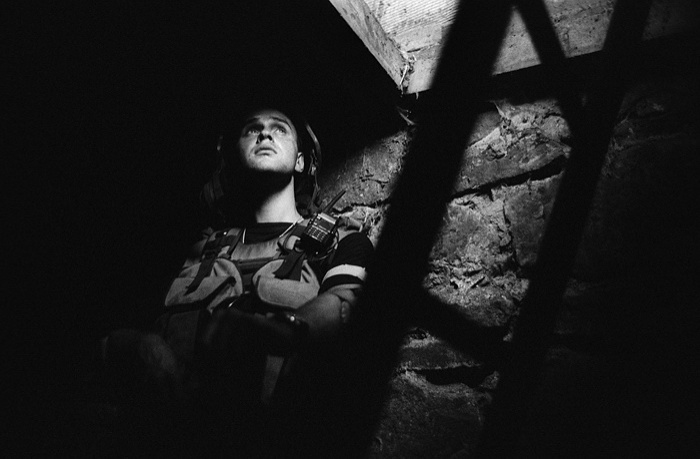 It is almost impossible to find Alexander Glyadyelov’s photos inside the furniture (just try to; I’ve already tried to do that). But you can see them at the Dim Mykoly Gallery at the 12th Docudays UA festival. His exhibition You See, My Brother? presents near 60 photographic prints representing revolution and war in Ukraine.

And here is one of the reasons why you should do that.

Glyadyelov still makes films the way they made films half a century ago. He shoots his films in black-and-white and uses analog video cameras with manual focus, a mechanical shutter system and no burst mode. It seems as if these details are strictly technical, but it makes his works conceptually different from the stream of images we see every day. It is almost impossible to film like that in the middle of a fight. That is why the cameraman has to scan what is going on during pauses. In other words, he films not death, but life. Then he develops his films and makes photographic prints manually; that takes time. You cannot shoot news broadcasts this way – that’s why the cameraman has to gaze at non-transitory things. 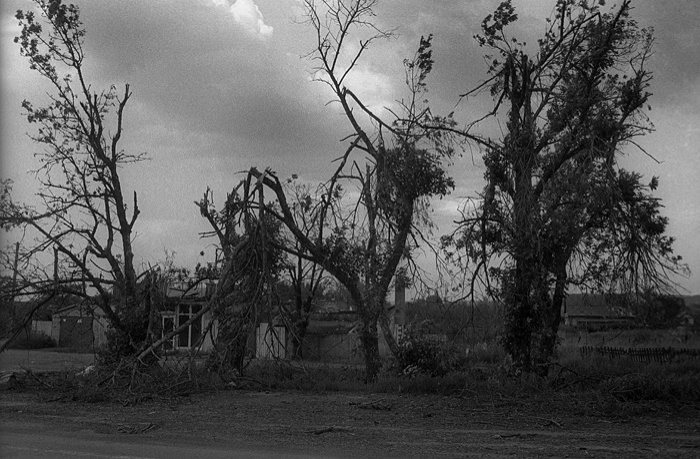 One of my friends who has been visiting the war zone as a journalist all this time called the trees split by artillery shells the scariest things of the war. And Glyadyelov’s photos include one picture of such trees. This picture tells me a hundred times more about shell attacks than burning Grad warheads or even destroyed houses (which are eventually seen so often on TV).

Gazing into the faces of the people hiding from a shell attack or peacefully napping soldiers I see the same broken trees. Many of those people are already gone. But the anxiety and hope from their eyes spreads through these pictures like the force wave from an explosion, meeting practically no resistance.