Comments about the 13th Docudays UA 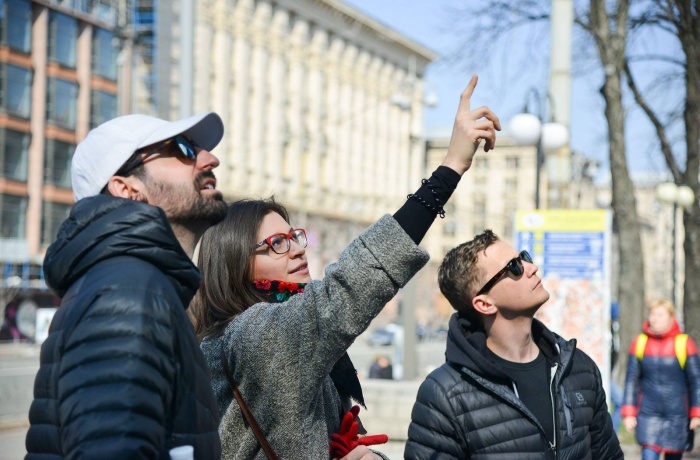 We are still living with memories about the festival week and are happy to read feedback about the 13th Docudays UA. Because the most precious thing in our festival – is the impressions it gives to our viewers and guests, who have taken a part of the festival with them to different countries of the world.

“All was great, the atmosphere, the sincerity, the opening ceremony... If there was any award for the visually best, most intelligent and funny opening ceremony of a documentary festival the first prize would go to the organizers of this festival. A CCCP hypnotist emerged on the film screen and on a television set to put us the audience under the influence – with the famous bears popping up once in a while. Cameras were catching the (humorous) effect it had on faces in the audience. And there were streams and dots of light in the totally full hall of the Cinema House...”

“If I was in jury of “festival of the year” awards, I would award Docudays UA in all nominations: best festival, best program, best concept, best team, best atmosphere, best thoughts and questions… You would have had the first place in all nominations!”

“We were really amazed by the audience enthusiasm for doc in general. You have done such an awesome job at fostering a passionate, diverse community and audience for this important medium. It was truly incredible to hear and experience the stories from the Ukraine and surrounding regions and to talk to people about the changes that have happened in the Ukraine since 2014. We feel truly blessed to have been invited and to have screened alongside so many amazing filmmakers and activists. Lastly, your team and the volunteers were all so amazing and helpful. From the logistics, to the programming, the community, audiences and most of all your amazing city, I know this is an experience Marc and I will remember for a long time.”

Mark Lamy and Ray Klonsky, director “David and Me”

“Visiting your festival was delightful. I saw some beautiful films and met interesting people... Eastern European audiences show an intellectual alertness that we from the West of Europe sometimes lack. Maybe because we take our freedom for granted.”

“It seems like the whole festival team grew up in a fairyland. Only the chosen ones, the most noble, delicate and kind would meet you at the airport and feed you like your granny does, cheer you up if you suddenly feel sad, guard you, care for you and love you. And you start blooming like a lilac bush in spring, run around Kyiv smiling and hardly believing you are so lucky. Awesome docudays, it’s like a holiday you don’t want to leave. Thank you!”

“The program was very diverse - I hardly knew where to look, and wanted to be everywhere. The Docudays UA team has surprized us with many interesting events and opportunities. One of such surprizes for me was participation of the most active members of cinema clubs on human rights Docudays UA media education. 5 girls came from Lviv to feel the Docudays UA magic atmosphere. We hope it will help us organize the Travelling festival in Lviv region in a bright and dynamic way”.

“I think that this year’s festival theme “Through the illusions” is very relevant, because the ability to make conscious decisions and perceive the reality adequately is important nowadays. I liked the organizer’s clever idea of this year’s festival symbol - olympic bears with crazy hypnotized eyes”.

“A great intimate but very professional documentary festival, which not only programs impressive human rights films, but also dares to program creative documentaries of all kinds. The festival also invited some great internationally renowned filmmakers and professionals as well as young starting directors who all talked passionately about their presented film. This all gave the event a real and inspiring festival atmosphere.”

“There was a lot that impressed me about Docudays, from the wonderful program to the incredible staff of professionals helping to run the festival. But the thing that stood out for me the most were the audiences - enthusiastic, attentive, intelligent and smart enough to realize how fortunate they are to have such a rich cultural festival in their city. Their support of the films and the encounters with the filmmakers were profound, making it a memorable experience for everyone. And one of the most clever opening ceremonies I've yet to see! Thank you, Docudays.”

Pamela Cohn, filmmaker and curator of True/False festival in the US