Luciano Barisone: Cinema should reveal the ‘invisible’ through the ‘visible’ 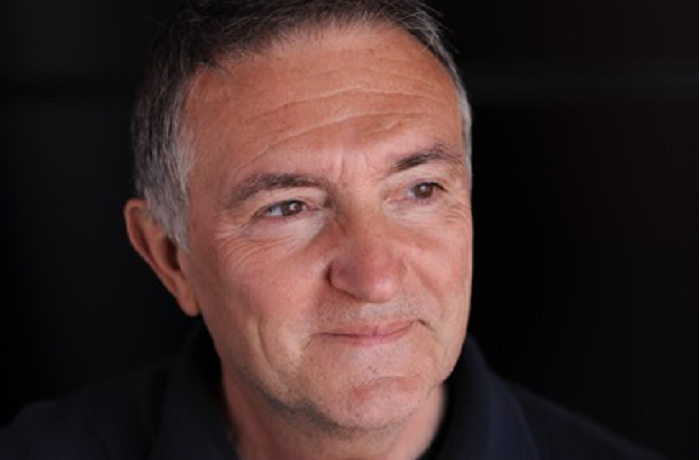 Luciano Barisone is a member of the jury which will select the winner of the international full-length film competition in the DOCU/LIFE category. This former cinema critic is a festival official with more than twenty years of experience, who for seven years now has been the chairman of one of the oldest documentary film festivals in the world, the Visions du Réel in Nyon, Switzerland. On March 27 at 15:00 in Zhovten Cinema (hall “Klasik”) during the DOCU/CLASS workshop, Luciano will conduct an artistic talk on the poetic gaze in documentary.

Cinema critic Oleksandr Teliuk contacted Luciano Barisone and they discussed the secrets of the contemporary film festivals management, the changes in documentary cinema in the twenty-first century, and the most impressive films of recent years.

The first film festival I attended was the Venice Film Festival in 1979. At the time, I was a young cinema critic at the Filmcritica magazine. I still remember meeting Jean-François Stévenin, who was then representing the film Passe montagne (1979). I conducted a long interview with him, and this was one of my first published articles.

The decision to work at film festivals was taking shape for years. I began in my native region, at the film noir film festival in Courmayeur. However, the main event which allowed me to cooperate with the world’s key film festivals, was my participation in the Golden Camera jury in Cannes (1997). Subsequently, I started cooperation with festivals in Locarno and Venice, prior to the creation of my own film festival Alba Infinity. After this, I was the director of Festival dei Popoli in Florence (2008–2010) and Visions du Réel in Nyon (2011–2017).

In what ways has the infrastructure of international film festivals changed during the years of your work? Which new interesting formats in festival programmes and events have you seen recently?

The organisation of international film festivals over the last 15 years have changed, as has the world around them. The Internet has made the process of creating, presenting and selling projects and films much faster. Before the beginning of the new century, festivals were mainly places where the history of films began. Now they not only demonstrate what has already been made, but also help new interesting projects to find resources for production. Traditionally, the festivals have presented new films to make them well-known internationally. Now, they help them to emerge.

The festival programmes have also changed; there are more programmes designed for different types of audiences, with different length and themes, for different genders, classes, cultures and nationalities ... I'm not sure if all these varieties can improve the quality level of the movies. To me personally, the market activity seems to be the only interesting and useful innovation.

Every year, Visions du Réel receives more than three thousand applications. What were your key criteria for selection from such a wide variety of films? Has the number of high-quality works increased as well?

In order to handle the number of films submitted, the selection process should be organised timewise and rely on good programme coordinators. In our case, we started accepting applications in September, announced the second wave of admission for the newest works in November, and completed the selection before the Berlinale. In addition to the fact that each of us was watching the films day and night for six months, we organised two collective sessions: our entire selection committee, together with me, has been watching and talking during a full immersion regime for ten days. After the first such meeting, we sent a number of invitations to participate in the festival; after the second meeting, we finalised the selection process and invited the rest of the participants in the programme.

The key indicator that we used for selection was, undoubtedly, the quality of he films as cinematic objects. I mean that we were convinced by their visual, poetic or artistic visions of the world, rather than the films’ informational aspect. Artistic and poetic cinema should reveal the ‘invisible’ through the ‘visible’.

In this sense, the increase in the total number of films submitted indicates not an increase in the quality of works, but the high reputation of the festival as a place where it would be beneficial to start a film’s career.

During the years of your work, Visions du Réel has become one of the most well-known festivals, oriented towards new cinematic forms. One of these forms is the blurring of borders between feature and non-feature films. Can you recall some examples from your festival selection which illustrate this ‘hybridisation’, which was unimaginable five or ten years ago?

As for possible illustrations of this ‘blurring’ of borders, I should mention the latest works by the Belgian filmmaker Pierre-Yves Vandeweerd. In his works, this ‘blurring’ is the basis of filmmaking with regard to their image, sound, and montage.

Speaking about hybridisation’ in cinema in general, we should start from the pioneering years, like Robert Flaherty and his films like Nanook from the North (1922). Hybridisation was born with the cinema. This can be seen from the various versions of Lumière’s La Sortie de l'Usine à Lyon (1895). The French brothers had to consider the length of the film reel, and during their first shooting, not all the factory workers managed to exit the factory gate until the end of the film. In the second take, they organised the situation the way they wanted to see it in the movie. 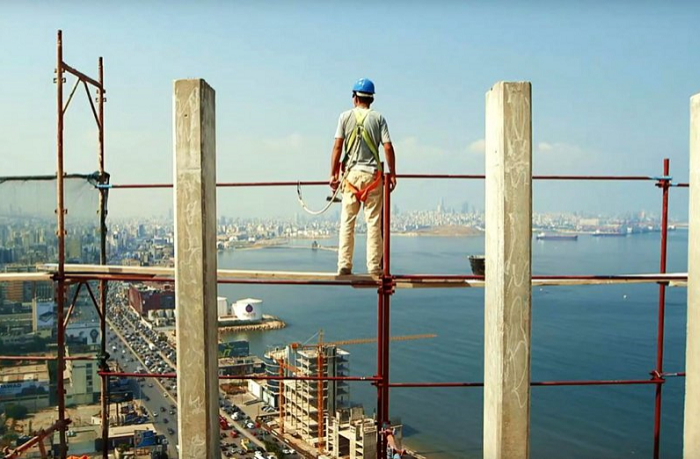 Screenshot from Taste of Cement by Ziad Khaltoum

Concerning the newest and most famous examples of ‘hybridization’, we should mention Alamar by Pedro González Rubio (2009) or The Act of Killing by Joshua Oppenheimer (2012). In my own festival selection, I was impressed by such hybrid works as The Bookseller of Belfast by Alessandra Celesia (2012), Ama-San by Claudia Varejão (2016), Calabria by Pierre-François Sauter (2016), Liberation: a User’s Guide by Alexander Kuznetsov (2016), and Taste of Cement by Ziad Khaltoum (2017).

Moritz de Hadeln, the co-founder of the Nyon International Documentary Film Festival, used to support the documentaries aimed on social changes. Nowadays, we live in the reality of post-Brexit and post-truth. How can documentaries give an adequate response to the situation, while the media are manipulating information, and the viewers do not trust reality?

I appreciate Moritz Hadeln’s work and his ideas on documentary films. But I agree that those were the times when the struggle was still possible. Today, we are experiencing the era of post-truth, and many films are showing the human, social, economic, and political situation without any illusions of transforming the world. The filmmakers are aware of the current situation, so they change their optics on reality, shifting from the ‘wide-angle’ to the ‘telescopic lens’ point of view. After disappointment in the possibility of changing the general structure of the world for better, they seem to strive for improving the lives of individual persons, concentrating their attention on particular episodes of reality.

You started your career as a cinema critic. Do you still write reviews? What do you think about the formation of movie lists, which has become a widespread practice among the critics?

Sometimes I write for some magazines, but most of the time I am too busy as a festival director, art consultant, or associate producer, so this activity is less and less frequent. As for the lists or top charts of movies, I regard them as an advertising tool rather than a real way of reflecting upon cinema.

Since you will be visiting Ukraine for the first time, please name the films that formed your impression about our country.

Yes, I might say that I've already visited your country through its cinema. For this, I am grateful to such masters as Dziga Vertov (Enthusiast, 1930), Oleksandr Dovzhenko (The Earth, 1930) and Sergey Paradzhanov (Ukrainian Rhapsody, 1961). I also appreciate the films by Kira Muratova (Brief Encounters, 1967) and Sergei Loznitsa (Maidan, 2014).