23 March: what to attend on this day 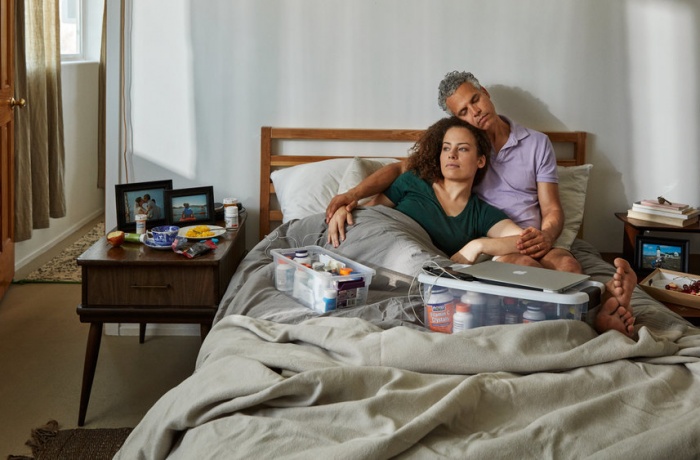 Exclusive documentary premieres, discussions with experts and masterclasses from the stars of international documentary filmmaking: the Docudays UA team is preparing nine days of unique events and screenings for you. The second festival day at Docudays UA will start with a morning coffee with human rights advocates. Every day, starting from March 24, filmmakers whose films were screened the day before in DOCU/WORLD, DOCU/UKRAINE and DOCU/SHORT competitions, and on March 23, the participants of the human rights program RIGHTS NOW! will talk to the audience in an informal atmosphere of the cafe on the ground floor of the Zhovten Cinema. Below, we write about the most interesting festival events on this day.

Lecture “Do I need to think about digital security?”

Usually, when we are online, we do not think about the threats we encounter. All the information which we share, which is stored on our hard drives, in our computers, which is sent by email, isn’t protected. Experts Iryna Chulivska and Mykola Kostynian will tell you what kind of digital security incidents are the most frequent and whom they happen to, and how to protect yourself from the most widespread threats.

A Harvard student Jennifer Brea is getting ready for a wedding of her dreams, but suddenly her body starts to betray her. Hoping to understand the strange symptoms, Brea takes a camera and films the darkest moments of her struggle with chronic fatigue syndrome, a mysterious disease which many people still believe to be imaginary. At Docudays UA, the screening of this film will be a part of the CHANGE IT! Impact Lab for Activists and Documentary Filmmakers, which will present on March 27 the Case Study: Unrest: An Example of Distribution with Rebecca Ashdown, the campaign director at the marketing and distribution agency Together Films.

The digital age has opened boundless possibilities and, at the same time, created new challenges both for filmmakers and artists and for archivists and museum managers. Now they have to learn how to operate not just objects but also their digital copies, how to manage various digital formats, account for them, store them and exchange metadata about their collections. Where to store and how to process all these immense arrays of digital video and audio which are recorded in the world every second? This will be discussed by four experts who study the topic of archive management.

To predict a future crime scene and prevent a murder seems like something from a sci-fi movie. It is, but it’s also real – and happening right now. To make this possible, powerful computers and omnipresent cameras capture data from all sources, which is then evaluated and analysed with the help of algorithms. At the same time we, the citizens, are transformed into carriers of recorded data – our every move, message and purchase tracked and mapped. The film by Matthias Heeder and Monika Hielscher shows that profiling-based crime prevention is already a reality. However, the filmmakers do not rush to be happy about it.

This is a film about a guerrilla action initiated by young activists taking over the privatized cinema Zvezda in Belgrade, Serbia. The protest activity united various social groups that shared the same ambition – to change the reality in which they live. However, their views about what that reality should look like were not the same. The film inspired us to start a conversation about the Ukrainian context at the discussion on March 24 titled “Public Spaces: Free Entry?”

My Father Is My Mother’s Brother

In this touching family narrative, a bohemian singer/artist becomes a father to his five-year-old niece when his sister's mental health deteriorates, and suddenly finds himself awkwardly balancing bedtime fairy tales with his provocative art, and playtime with his rowdy nightlife.

Main image: the still from Unrest film by Jennifer Brea