March 25: what attend on this day 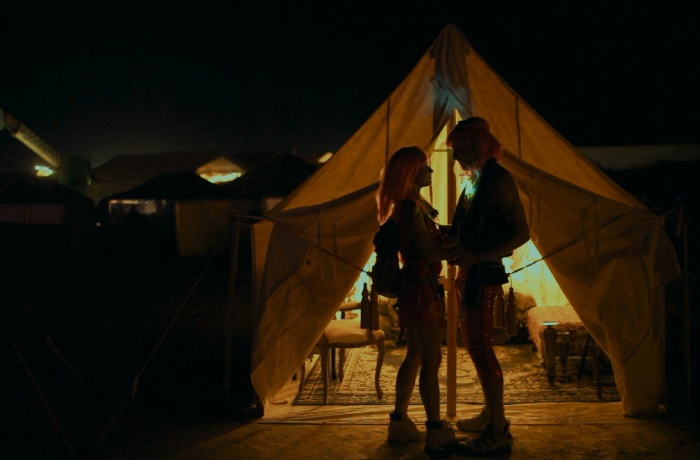 Minding the Gap: An Example of an Impact Campaign

The campaign around the film Minding the Gap is currently gaining momentum. Megan Vandervort from the Picture Motion impact agency will not just explain how the film has managed to succeed, but also share their future plans with human rights advocates and NGOS. Megan will focus on the impact strategies and tactics that were used for Minding the Gap campaign, as well as ways to identify impact results.

Extended discussion: The Right to Intimacy: How Generation Z Builds Its Relationships

For a year, Naomi and Edvin film themselves; the result is an intimate and raw portrait of their lives. They meet, fall in love and break up. However they don’t give up on each other, and a unique friendship emerges. Their filming allows us behind the façade of social media - or any other kind of masks. We get to witness the uncensored thoughts of two 20-year-olds about life’s challenges and relationships.

The Film Editor as a Time Lord. Conversation with Qutaiba Barhamji

Editing is one of the most important jobs in filmmaking. What difficulties do editors face when they create documentary films? What is special about working with debutant directors, and how to tie real-life and screen time together? These issues will be discussed by this year’s festival jury member, Quitaiba Barhamji. His editing work has received multiple awards. His work has travelled around the globe at festivals including Venice, Berlin, IDFA, Rotterdam, Paris, Nyon and many others. The films he has worked on include Still Recording (2018, directed by Ghiath Ayoub and Saeed Al Batal), which won several awards at the latest Venice Film Festival and has been selected for our DOCU/BEST program.

Discussion with the director

Inspired by Lewis Hyde’s beloved classic The Gift: Creativity and the Artist in the Modern World, Gift is a richly cinematic film, interweaving character‐driven stories from North America, Italy, New Zealand. Gift is a tribute to something that can’t be measured or counted, bought or sold. Exploring the parallels between artists’ work and a gift economy, it’s a reflection on the creative process, the reasons we “labour in service of our gifts”, and a celebration of the imagination.

Discussion with the film crew

This is the story of Alina, a 20-year-old girl from a poor Kyiv family, who has a chance to escape from the slums of life thanks to football. The young athlete is at the peak of her career, expecting an invitation to the national team. But life has prepared a challenge for her: the girl’s mother dies, and now she has to take care of her little brother and sister. Alina has to make a choice: football or family.

Main image: the still from Gift film by Robin McKenna