DOCU/BEST. We Are All Players 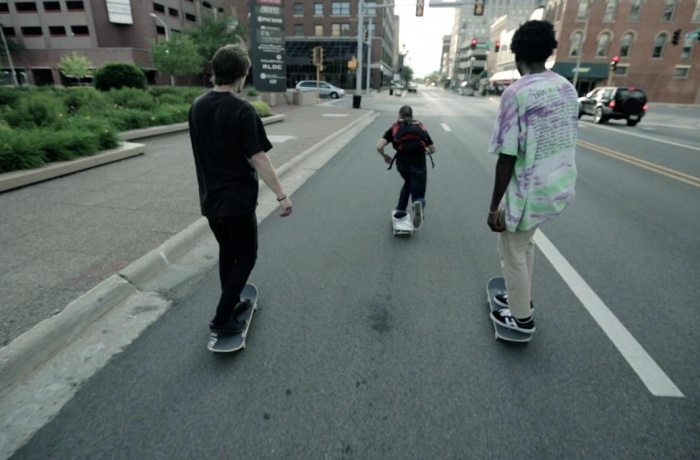 People tend to say things like ‘These are the rules of the game.’ Where does that come from? If there are ‘rules of the game’, what is the ‘player’ like? How does he act beyond the freedom, imitation, disinterest and definite nature of play? When is play intolerable? The dynamics of play are, perhaps, the most vivid when it comes to art, politics and sports. And these are the spheres where this year’s DOCU/BEST film characters come to ‘play.’

The only chance people have of speaking sincerely in the “Island of the Hungry Ghosts” is when they find themselves in the trauma counsellor’s room, where she uses sand and toys to help them re-live their life-long personal stories. The island they found themselves on used to belong entirely to silent land crabs, whose migration cycles were defined by the ocean’s tides. The crabs were mighty surprised when their island saw a new kind of migrants – people stranded for ages at a detention center, left alone with their traumatic experiences of war, persecution and rape. Directed by Gabrielle Brady, the film has claimed dozens of awards for its exquisite sincerity, including a Human Rights feature at IDFA as well as Tribeca and Nyon.

Just as acclaimed, especially in the U.S., is Bing Liu’s “Minding the Gap.” The director’s debut film immediately scored an Oscar nomination for Best Documentary Feature. Depressive entourages and rebellious teens, each with their own way of venting their frustration. Some do it through their passion for skateboarding. Some – through being catapulted into adulthood. The director seems to be doing it through capturing it all on film.

“Bridges of Time" directed by Audrius Stonys (who presented a retrospective at the 2013 Docudays UA and was a jury member that year) and Kristīne Briede focuses on the some of the brightest members of the Baltic ‘new wave’ of filmmaking. ‘Beauty à la Baltic’ and ‘Poetic Talks’ – these are some of the nicknames the film earned at Karlovy Vary and IDFA. But there’s even more to it: we are treated to the story of the artists who came up with their own world and their own language, challenging the political regime of the time.

A bombshell in more ways than one, “Still Recording” directed by Ghiath Ayoub and Saeed Al Batal was met with acclaim as the best documentary at the Venice film Festival and collected dozens of other awards around the globe. In the occupied city of Damascus, a group of artists are doing more than just staying – they establish a sound recording studio, broadcast their own show, spray graffiti and capture the transformation of the city. To avoid the shadow of death breathing down their necks, they start filming it.

This year’s BEST selection also features two Ukrainian films. Both have collected quite a heap of awards in their time around the festival circuit. “My Father is My Mother’s Brother” by Vadym Ilkov was the non-disputed jury favorite at Nyon (Prix du Jury Régionyon), while Alisa Kovalenko’s “Home Games” received the Best European Documentary Award at the Odesa IFF.

Depicting the story of an artist and a close friend is one tough task. However, Vadym Ilkov manages it deftly and precisely in “My Father is My Mother’s Brother”. Tolik Bielov is well-known to the Kyiv art community for his DJ-sets, paintings, scripts, performances, music and singing. Being a caring father and an extravagant performance artist – combining the two is technically possible, but when done, it would render anyone extremely vulnerable.

Alisa Kovalenko’s “Home Games” is set in one of our panel-house-land’s distinct parts, the one where families have little to no idea of what proper dignified living is. Some of them are lucky enough to get to play it, learn it and then fight their way towards it. Both intimately and allegorically, the director takes us through the story of a female football player, who is forced to deal with the harsh reality where her mother has died, her father is a drunkard and she is responsible for her brother.

Ultimately, to get to know yourself better, you will have to give the play a go.