Island of the Hungry Ghosts

On an isolated island in the Indian Ocean, land crabs migrate in their millions from the jungle to the sea. The same jungle hides a high-security Australian detention centre where thousands of asylum seekers have been locked away indefinitely. Their only connection to the outside world is trauma counsellor Poh Lin Lee. 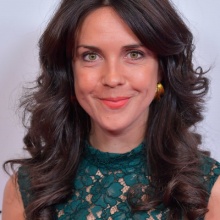 Gabrielle Brady is an Australian filmmaker who makes documentary and hybrid films. Gabrielle studied Direction at the Cuban International Film School (EICTV), were she lived and made films for three years. For the past 10 years Gabrielle has lived between Cuba, Mongolia, Indonesia, the Australian central desert and Europe. Her short film Island was commissioned as part of the Guardian documentary series and premiered at the 2017 Sheffield festival. Island Of The Hungry Ghosts is her first feature-length film.