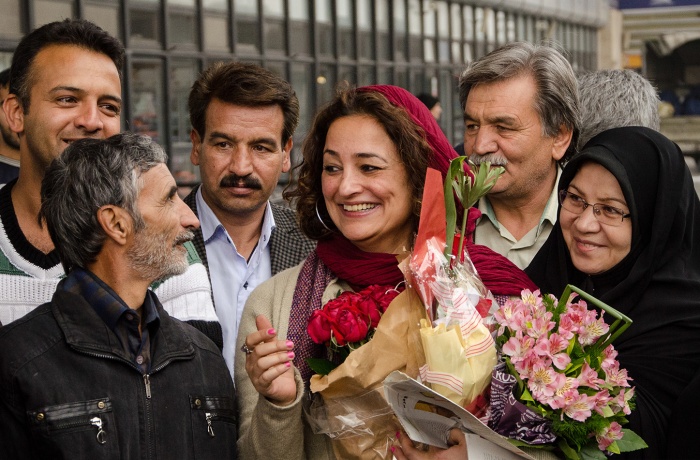 In the era of digital technology, it is hard to bypass one of the most difficult and yet most interesting questions – what is reality? Cinema, especially documentary, was an important catalyst for the issue of defining this. The films from the special collection IRAN. FOCUS comment on the global range of attempts to explain what is happening to reality nowadays, from the experiment of capturing (or murdering?) reality by Abbas Kiarostami, the outstanding master who has unfortunately passed away, through the attempts to find a real, material ground for one’s identity, to a touching film about the ultimate and indubitable reality of human loneliness and nature. Olha Kurovets and Serhiy Ksaverov talk about the films of the programme.

What is the reality of a work of art? Both fiction and documentary cinema have repeatedly urged humanity to reflect on this issue. From Siegfried Kracauer to Christian Metz, many theorists have tried to find an answer using different approaches. However, we still hardly have an unambiguous definition which would satisfy everyone.

While we (still) lack the final answer to this question, Iranian cinema has at least reflected upon it over the past 50 years in some of the most interesting ways, starting with The Night It Rained by Kamran Shirdel (1967). The last work by Abbas Kiarostami literally brings the issue of reality to its source, to one of the technological precursors of the illusion – the photo. The master of Iranian cinema produces 24 films from 24 still images, almost all of which are photos of himself, using one of the latest achievements of cinema – digital visual effects. Thus, photography turns into a documentary basis for the already ‘artistic’ reality. Still, there is an obvious paradox: the photo snaps a moment that cannot be perceived by the eye, transforming reality into a framed still image – the death of reality. 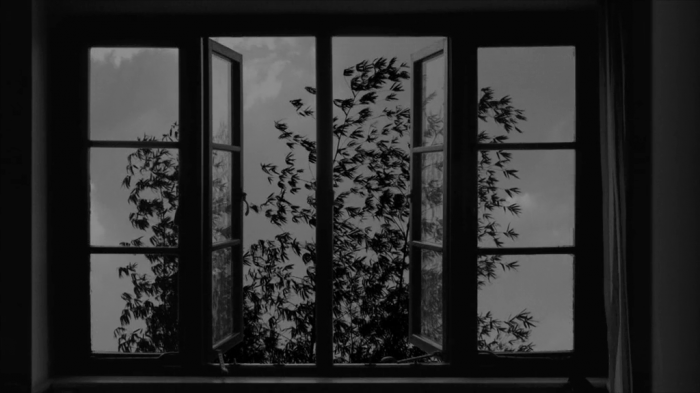 From the film 24 Frames

Kiarostami does not resolve this paradox. Rather, he allows for its realisation, like one of the cinema pioneers who launched reality onto the screen with their magic lanterns. 24 Frames is a contemplative piece. It conveys the feeling of the creeping death which Abbas knew about. The film contains a lot of melancholia, crows, and snow. In the last, 24th frame, Kiarostami reproduces an amazingly powerful and subtle anthem to life and love – the two things that a great artist should leave in the world and the cinema after him.

The main character is a 40-year-old woman living in Amsterdam. She has accommodation, a great job and wonderful friends. Despite all this, Farideh is restless. As a child, she used to be very different from her classmates and very ashamed of it. Even worse than that, the girl was a white crow in her own family. The thing is, Farideh’s parents are a Dutch couple who have adopted her from Iran.

As years pass by, the woman feels a greater and greater urge to visit her historical homeland in order to find her biological parents. She finds the city she was adopted from, and even learns near which mosque the workers of the orphanage have found her. Farideh places an announcement in a local newspaper and receives replies from three families. Thus, she goes to Tehran to find out where she belongs by birth. The results of the DNA test are the main intrigue of the film. Meanwhile, the viewer will experience a moving and emotional immersion into the everyday life of a family in Iran. Farideh will hear painful personal stories, and perhaps find the missing fragments of the jigsaw of her own identity.

In contrast to the massive films about the difficulties of Europe’s reception of immigrants from the Near and Middle East, Kourosh Ataee and Azadeh Moussavi tell a story about Iranians who are ready to accept a representative of another culture, religion and language into their family. They are sympathetic towards the differences, and are ready to open their hearts to a stranger who may hypothetically be their native sister.

Beloved by Yaser Talebi is a story about an 82-year-old woman from the Elbrus mountains in northern Iran. Firouzeh has spent her entire life herding cows in the mountain meadows, and she is not going to quit in her old age. When spring comes, her fellow villagers try to persuade her from herding cows to the mountains, to no avail. The woman asks her craftsman neighbour, “Tell me, brother, what is worse: if I fall sick here, in the valley, and you have to take care of me, or if I fall sick in the mountains and die in peace?” Throughout the four seasons, mountain landscapes accompany Firouzeh’s narrations about her life, faith, and vocation. The woman lives without the benefits of modern civilisation, and she does not really need them. She is convinced that the cows are her greatest treasure. The elderly woman surrounds the animals with love and care, and in their turn, they help her survive. In exchange for several litres of milk and butter, the woman can buy sugar and tomato paste and pay off her debts at the village grocery store. 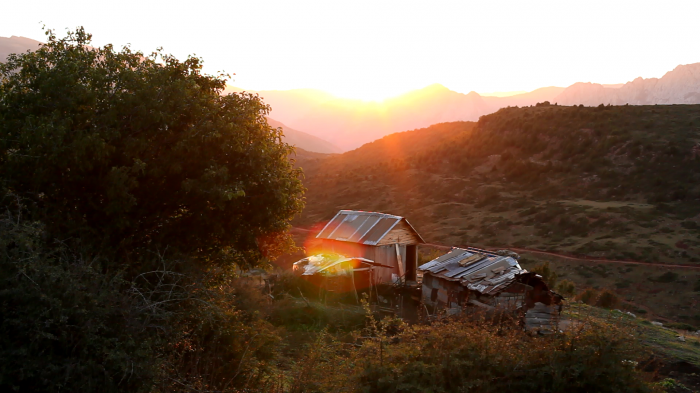 From the film Beloved

Yaser Talebi creates a portrait of a small and strong human against the background of boundless mountain scenery. The sound of cow bells and an Iranian folk song intertwine with speech, making the image even more vivid. Firouzeh was married at 14, and she gave birth to 11 children from a man twice her age. None of the children appear near their mother in the course of the film, and all the invitations are futile. Firouzeh suffers and gives all her motherly love to her herd. Nevertheless, she is not a tragic character. In spite of all the complaints about the hard life of a lonely old widow, Firouzeh does not let anyone hurt her, expresses her opinions with dignity and honesty, and does everything to provide for herself and her cows. She sincerely rejoices in the coming of spring, and then goes to the high mountains, without which her life would be meaningless.