THE NETWORK: Building a Nwe World Between Censorship and Desires 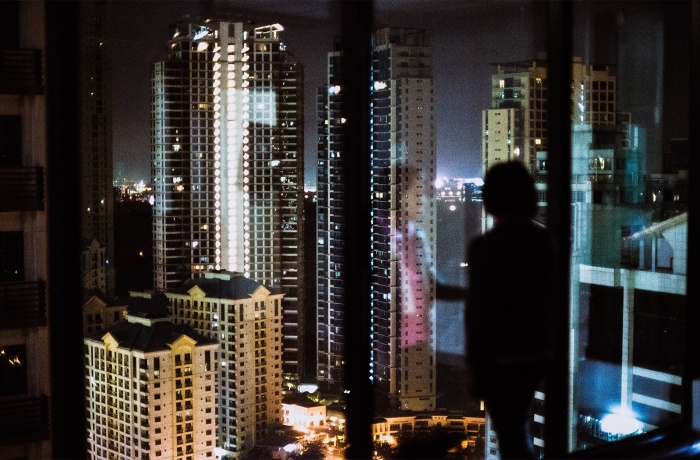 The social media and the new possibilities of digital technology have already changed the world. But the speed of their development leaves us no opportunity to comprehend what the change is, exactly. The NETWORK programme is a screenshot of the virtual present. The films in this selection do not always evaluate what they show us, but they suggest that we have to do it.

If you posted an image or video on social media, and it was deleted, it means it did not pass moderation. The moderator was, quite likely, an exhausted person in the capital of the Philippines, Manila. Their daily rate is to check 25,000 images. They have nightmares. And sometimes some of them commit suicide because of the hard work that they do.

The Cleaners is a journey into the world of internet censorship, which is outsourced by the major social media players. One of the most advantageous combinations of skilled workforce and cheap labour is in the Philippines, a mostly Catholic country with a high percentage of English speakers among the population. They do this dirty work for pennies, and it sometimes ruins their lives, but it is still perceived as necessary and even heroic.

The filmmakers are mostly interested in the figures of the moderators for a specific social media platform (we never hear its name, but we easily recognise its design). These internet workers cannot but evoke sympathy because they are just the on-the-ground tools of censorship; they do not define its principles. Their thankless work looks even more horrible when social media users are added to the picture, complaining simultaneously about the censorship and its absence, and when the chief architects of the rules of social media functioning chip in. In the end, it is impossible to get rid of the thought that online censorship in its present form is a blunt and very clumsy instrument whose consequences are not fully understood either by those who created it or by those who use it. But it hurts everyone.

A couple of guys sit in a room, each behind his own laptop. All of them are ‘girls’ in the virtual world, looking for their “other halves” at dating websites, for someone with whom they want to spend the rest of their lives with, of course. But what they want even more is to get some money from their ‘suitors’. Sakawa is a local Ghanaian term for this way of making a living. Unlike the closest relative of this practice, the ‘Nigerian letters’ in the neighbouring country, which appeared back in the 1980s, sakawa is an almost contemporary phenomenon which flourished when the Internet became widespread.

Before the sakawa guys move on to the financial issues, the client’s interest in them needs to be heated up to the required temperature. This is hard work, in which the fraudulent ‘girls’ do not rely just on their skills, gadgets or even their ability to fake a female voice on the phone. This Ghanaian business is also closely connected to the magic industry, which is typical of Sub-Saharan Africa. They apply magic when a client turns out to be too stubborn.

In his debut film, the Ghanaian-Belgian filmmaker Ben Asamoa doesn’t try to give a moral evaluation of the phenomenon, which is considered to be fraud all over the world except for Ghana. But his perspective is selective enough to understand what he is aiming for. The film’s protagonists are mostly related to sakawa in one way or another, but there is one who has no connection to it and earns his living by manual labour. The filmmaker adds him intentionally. He transforms the film into a document of the remarkably warped picture of the monetisation of labour in today’s Ghana.

The term pre-crime first appeared in Philip Dick’s 1956 sci-fi story which was later brought to the big screen as Minority Report by Steven Spielberg in 2002. This film by Matthias Heeder and Monika Hielscher notes that crime prevention based on profiling potential criminals is already a reality. However, the filmmakers are in no rush to rejoice about it. And the problem isn’t just that the contemporary systems of surveillance, collection of citizens’ data and subsequent profiling are a very powerful tool that can end up in the wrong hands. The most important thing is that we are dealing with human beings, so whatever math it is based on breaks down.

It’s a panoramic film that covers all kinds of police systems on both sides of the Atlantic, and the algorithms they are based on. It shows how they pick out the people who could potentially commit a crime in the future from the diversity of humanity. Some of the film’s protagonists are, in a way, errors in the profiling algorithms, which are aptly summarised by one of the experts: all of this software is just an extension of the present world order which squeezes people out and reduces everyone to stereotypes. Pre-Crime is a warning that the systems that are supposed to improve everyone’s lives turn into mechanisms of dehumanisation, marginalisation and, in the end, violence.

People’s Republic of Desire is the most accurate and striking film in this program. The filmmaker Hao Wu has found material which is fantastic in every sense of the world. It didn’t even require any generalisation; it was enough just to record things at the right time and in the right place.

The film is about YY, one of the largest social media platforms in the world which you have probably never heard about. Almost all of its 300 million users live in China. YY is a network based on video streaming, and its virtual currency can be converted into real money. Hao Wu documents a year in the lives of two hosts who are among the most popular in the network, and of its ordinary users, from the poorest to the richest.

The filmmaker captured a unique period of change in YY and managed to demonstrate its course and its meaning. But even without this, the universe of the Chinese social network already looked almost like a surreal financial pyramid, where almost everyone knew that they had already lost. The most striking thing is the essence of YY’s popularity, which does not exist to connect people, even virtually. It’s not an instrument of connection; it’s an instrument of demonstration, vanity, and projecting your dreams onto others. In this network, the majority of viewers have to become even poorer so that their favourite bloggers could become more successful than others. The reason why this documentary makes such an impression is probably because it allows us to peek into an almost-real world where all communication acts no longer make sense. Only desires are left.

Bellingcat is an online media collective uniting civic journalists. It attracted global attention in late 2015, when it published its investigation into the MH17 Flight crash. Even before the official investigation ended, Bellingcat claimed that the Malaysian Boeing 777 that was flying from Amsterdam to Kuala-Lumpur had been shot down near Donetsk from a BUK system that arrived from Russia. In their investigation, the journalists only used information from open sources.

Bellingcat: Truth in a Post-Truth World is about the history, methods and principles of this media’s work. It is the most optimistic film in our NETWORK programme, although the audience doesn’t register this optimism during the first minutes of the film. The journalist collective’s investigations are about horrible tragedies, and the personal stories of the Bellingcat members reveal their vulnerability and isolation from each other, because the members of this virtual society live in different corners of the world and cannot respond quickly if anything happens to one of them.

But what makes the film optimistic is that it’s a kind of antidote against the overdose of the new network reality, whose danger is described in the other films in our selection. Bellingcat is a clear example of how it is possible to build a stable foundation for coexistence in the digital era. Yes, we are living in the post-truth age, where anything can be falsified and imitated, but now in our search for truth we have a tool which humanity has never had in its history.