The Starting Point: About the 5 projects that participate in the Ukrainian delegation to IDFA 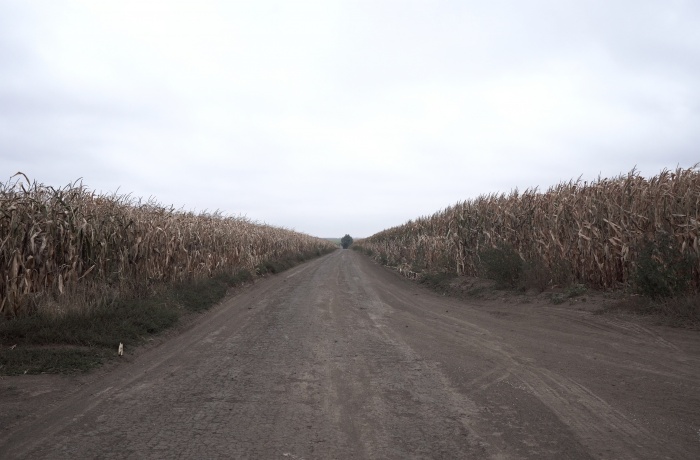 This year, Ukraine is represented at the most powerful documentary film festival in Amsterdam by three films. It’s Alina Gorlova’s new film This Rain Will Never Stop and the film Everything Will Not Be Fine by Adrian Pirvu and Helena Maksyom. They are both participating in the IDFA Competition for First Appearance, which presents debut feature-length works by young filmmakers. The student competition of IDFA also features the film Tábor by the Ukrainian director Stanislav Danylyshyn.

In addition, for the second year in a row, Docudays UA, supported by the State Film Agency of Ukraine, is organizing a Ukrainian delegation within the IDFA industry section. The directors of the five projects that participate in it have shared their memories of the moment that inspired them to work on their film. 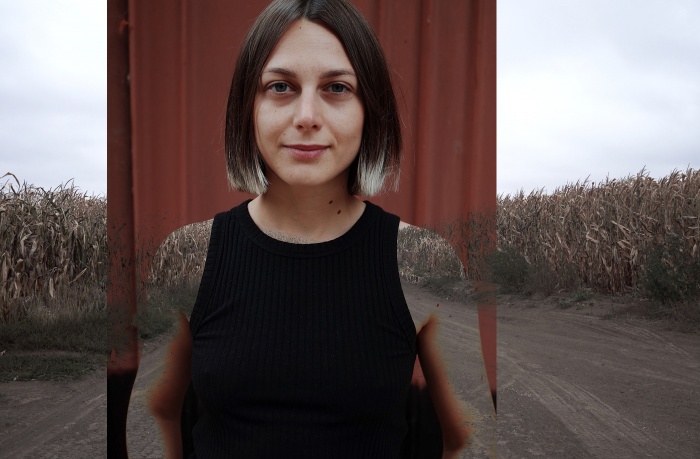 Woven around the real-life murder of the filmmaker’s great-grandmother, the film brings together a polyphony of female voices to describe the experience of womanhood and violence against the backdrop of Ukraine’s tumultuous history and everyday life of the country’s regions.

Oksana Karpovych: A few years ago, I discovered the photography of Lewis Hine. He is an American photographer who, among other subjects, created a series of deeply empathetic portraits of Eastern European immigrants arriving in New York in the 1900s. One of the images in the series is a portrait of a Slavic woman at the harbour, seated on a bench. She’s napping, leaning on a big pillow that she brought with her on the boat. This image reminded me of my great-grandmother. I knew that she was killed during the travel and that the only thing she carried with her was a big pillow. The photograph has been haunting me since then and making me want to tell my story.

Tales of a Toy Horse 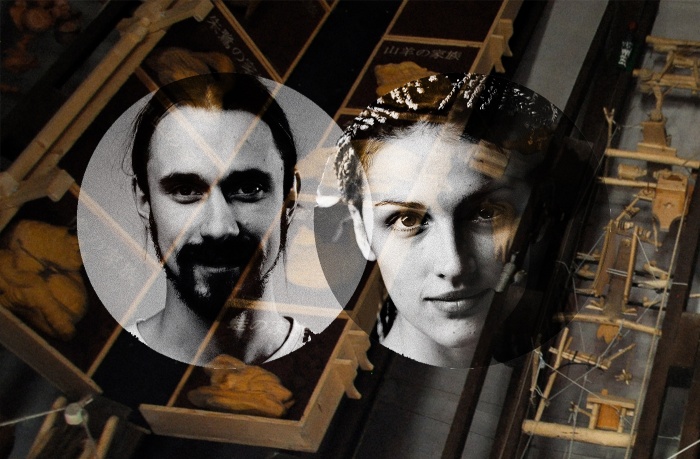 An intimate and poetic cinema verite with animated interludes reveals the philosophy of life of an old monk and artist, who for many years keeps his monastic vow to find something good in every day. Combining spiritual life with social activism since 2014, he takes multiple trips to deliver humanitarian aid to Donbas, where his vow is challenged by the war-torn reality.

Denis Strashny: In 2014, while I was filming the revolution events on Maidan Square in Kyiv, the police shot me in the leg. After surgery in Kyiv, I ended up in Estonia on a rehabilitation program organized by our film’s protagonist Anatoliy Liutiuk. After three weeks in a Tallinn hospital, Anatoliy invited me and our co-director, the young Maidan volunteer worker Ulyana Osovska, to live for a while at his cultural centre in Tallinn. Living there, we discovered the wonderful world of monastic crafts and got acquainted with Anatoliy, who, as it turned out, is a member of the monastic order of St. Benedict.

Every conversation with Anatoliy was invaluable for us: his philosophy of life was significantly different from the philosophy of Ukrainians of his age, and he devoted all of his time to working on artistic, environmental and humanitarian projects to preserve endangered cultures and species. We decided to return to Anatoliy with a camera and learn more about his work and philosophy of life. Over time, we became friends, and since then we visit him every year in Tallinn or travel with him to Ukraine along the front line as part of the Estonian Humanitarian Mission.

Ulyana Osovska: I was standing alone in front of a massive gate in the medieval part of an old town in a completely different country. I got the address from an acquaintance of 3 weeks: I met Denis in a hospital where he was treated after being shot by the police during the Revolution. In that time, I was a volunteer and helped to send people for rehabilitation abroad. A week after he went to Estonia, I got an invitation from him to visit the country with an offer to stay at a local volunteers’ place.

So here I am, curious and intrigued. I expected a regular apartment, not an entrance with an old gate. I rang the doorbell, and the door opened by itself. I walked up the old wooden circular stairs, which brought me to the kitchen. There were stone walls and a massive wooden table with benches. "Wow, am I in Hogwarts?” I thought. At that moment, an old man with a long white beard emerged from one of the numerous doors. “Good afternoon,” he said, “I'm Anatoliy.” He put a big plate of hot borscht on the table, said “Eat!” and disappeared. That's how I met the protagonist of the film. 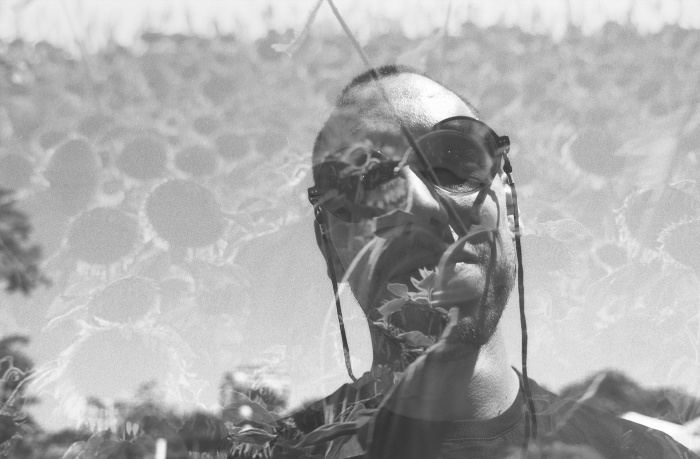 A Butterfly-shaped shrapnel found in the body of the pilot of flight MH17 leads to the identification of the state responsible for a war crime that has gone unpunished. Iron Butterflies is a hybrid documentary investigating multiple layers around the downing of MH17 in Eastern Ukraine in 2014.

Roman Liubiy: It was a long chain of events, and it was just one of many ideas for future films, but when my colleague from Babylon’13, Andrii Kotliar, heard my idea, he breathed life into it. And then we built the foundation of Iron Butterflies during a few breakfasts.

Pearl of the Absurd 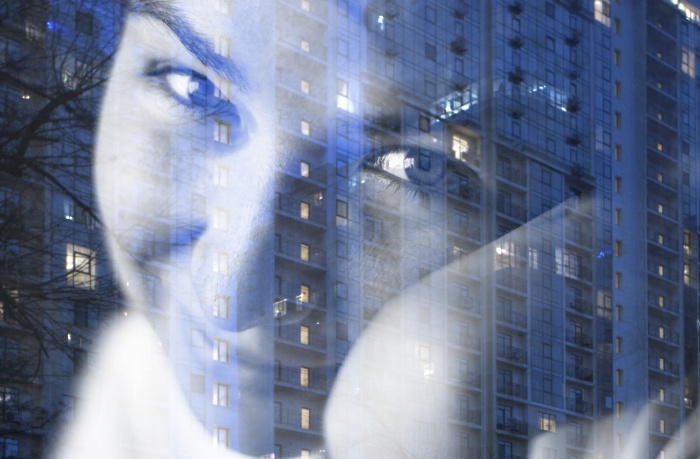 Oleksandra loves her native city of Odesa as much as she hates it. Her attempts to save old Odesa from gentrification lead to a personal quest – a search for traces of her great-grandfather, executed by the Soviets in 1938. KGB archives that were never meant to be seen point to a field. There, under the ground, in a mass grave, Oleksandra’s great-grandfather might lie. Meanwhile, the old buildings – the only witnesses of those events – are fading away.

Oleksandra Chuprina: It was October 4, 2016. I finally moved back to Odesa after five years of university life in Kyiv. I went for a walk and was completely shocked by how abandoned and neglected the city looked. It was clear to me: I must save Odesa! So I used my tools — moving images. I was sure this film could save the city. Oh well, how naïve I was.

Shut the fuck up! 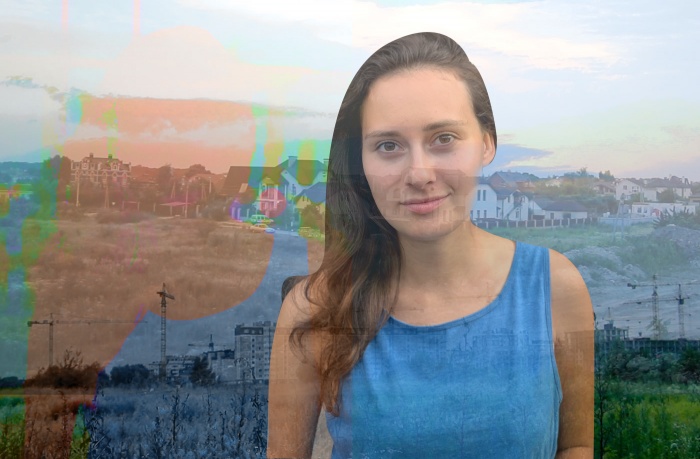 Serhiy, a shy teenager aged 16, investigates corruption in his small town near Kyiv, until one day, he gets punched by a local councilor. Three years later, Serhiy is now 19, and amid a nationwide wave of attacks against civil society activists, he wants to get his revenge: by running for office against the man who tried to silence him.

Taisiia Kutuzova: In 2017, I saw on the news how an official threatened a 16-year-old boy at the village council of Hatne, 5 km from Kyiv. The boy accused the official of corruption on his Facebook page. I was wondering who this brave boy was.

In five months, during the first meeting with Serhiy, I immediately understood that his motives to fight injustice were absolutely pure. His responsible attitude towards the community captivated me. Serhiy reminded me of myself 7 years ago. Idealistic and full of energy to fight for change, just like so many people of my generation. At that moment, I was convinced I should make a movie about Serhiy. He is an example of a conscious person who has already inspired at least a few people in Hatne to follow his way to create a happy and comfortable community.

Header: a still from Storms Are Whispering