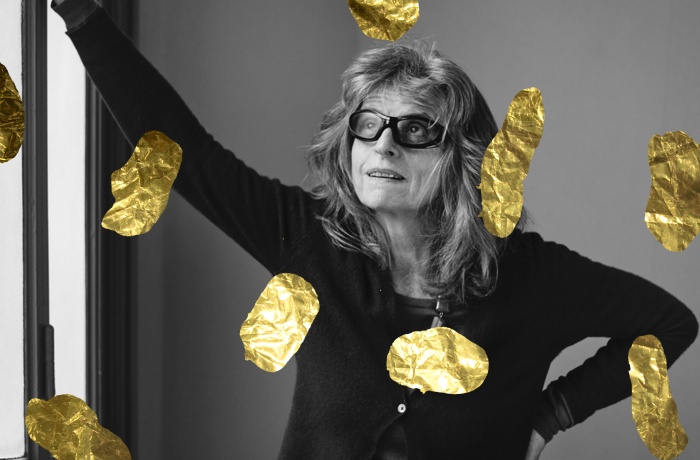 This year’s Docudays UA will host a retrospective of the work of French filmmaker Claire Simon. She came to documentary filmmaking from ethnology, continuing her research with cinematic methods. Her style uses the ‘direct cinema’ method, and her works are almost free of external influence. Claire is the filmmaker, cinematographer, and editor of most of her films. The filmmaker will judge the DOCU/WORLD international competition as a member of the international jury.

On 24 April, following the official opening ceremony, the audience is invited to join:

9:30 p.m – Screening of the first episode of the film "The Village" by Claire Simon

You majored in ethnology. Please tell us how this influenced your filmmaking style.

All filmmakers are also anthropologists. I have spent little time studying ethnology, and I’ve never reached the fieldwork point. It always seemed to me that the ‘field’ in France is more interesting than abroad. I had a feeling that there would be something neocolonial about it otherwise.

Your conversations with the characters in The Woods Dreams Are Made Of are very humane, underlining the unconditional value of their experiences. You find a personal, empathetic approach to every character. How did you develop this dialogue technique?

There is no point making a film otherwise. People have experiences that interest me. Through these experiences, they can tell us about something… For instance, some place. If I were a novelist, I would have talked to people in a way that would turn their words and characters into a novel I would’ve been happy to read myself.

Was it hard to find all these people and convince them to become part of the film?

It wasn’t easy. The prostitutes were especially hard to convince, since they did not want to appear on screen. But then we met Stephanie. At that moment, she thought she would quit this job soon. This is why she was willing to talk. Prostitutes rarely agree to be filmed because they are afraid of being seen by people who don’t know about their profession. Still, the Bois de Vincennes is associated with prostitutes, so it’s impossible to make a film without them. With the other characters, things were easier. They understood what my project is about. This beautiful forest brings us closer to our homeland in exile; there is something sexual about it; it is a sports location. The woods are something ritualistic, something good for everyone.

This year’s festival, as well as half of the films in your retrospective, is dedicated to the theme of growing up. What is important to you as a documentary filmmaker when filming about childhood and youth?

Children and teenagers are the truth, the truth of the future. Their words and feelings provide conclusions about what the future will be like. I think they know everything I know and a little more. ‘A little more’ is precisely what interests me.

Children and teenagers are cinematographically interesting. Ever since the times of the Egyptian pyramids, the pharaohs and the heroes were teenagers: almost all of them were younger than 16. Their unwritten stories are the most formally interesting thing about their youth. It is harder to film older people, whose stories are already defined.

How did you manage to film the kids in Récréations as if they didn’t notice you at all?

They noticed me, but I explained that I wasn’t going to teach them: I would just watch them playing in the yard at school break. I wouldn’t say: “You are right, and you are wrong. Stop doing that,” etc. They understood that I was telling the truth and I wouldn’t stop them. 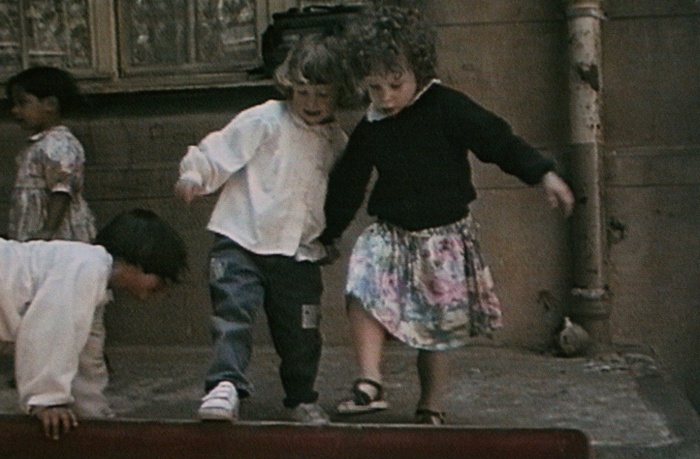 A still from Récréations

Tell us about the process of becoming closer to the characters of Young Solitude.

In the beginning, we worked at a film workshop. I was supposed to create a short film, and they were meant to assist me technically. In order to do this, I said: “I have to know you better, because otherwise it won’t work”. I spent an entire day conducting interviews.

The characters came to me one by one, and two people were helping with the camera. Suddenly, I realised that this would result in something different. We started from one phrase: “Tell me about your experience of solitude.” It turned out that everyone had something to say. It was so powerful that I realised: they really want to talk about this. 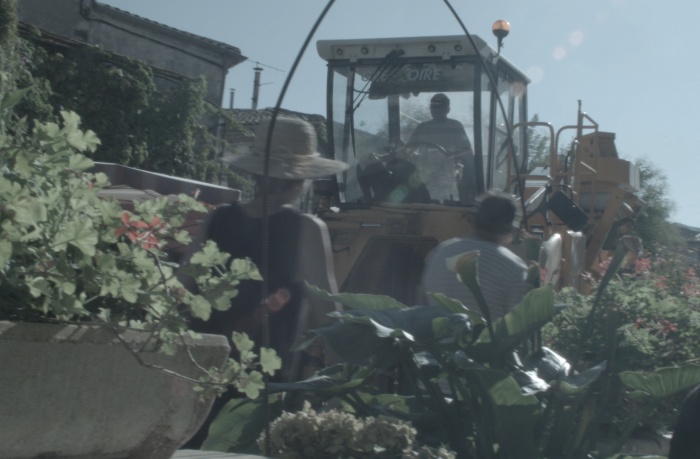 A still from The Village

Were you planning to shoot The Village as a documentary series, or did you come up with this idea later?

At first, I was thinking the script would go from digital (creating the Tënk platform) to concrete (constructing the Documentary House). This implied that I would be involved in the process for some time. When I started shooting, I realised that the structure of the series would be more relevant, because everything was developing in small steps – both the village itself and the film and agriculture projects in it.

I was very moved by the opportunity to shoot something that would inevitably transform. This can be seen in the series. Ultimately, I believe that the village is a microcosm and the perfect location for the series. In it, everyone knows each other!

What was the main reason why the inhabitants of Lussas were able to create this unique cinematic and agricultural society?

It’s a miracle created by a community of passions, including those of Jean-Marie Barbe and the mayor, who decided to uphold the bar for their village instead of leaving it and going to fulfil their dreams elsewhere. It is all about their alliance and their desire to think that their village is not on the outskirts of everything. On the contrary, it is a centre where one can dream and make one’s dreams come true.

Contrary to the Parisian elitist culture, or conversely, the culture of the mediocre, Jean-Marie Barbe has always thought that the life of the villagers was intended for the documentary, for folk cinema. The audience at Lussas is very young, and the festival visitors believe that documentary cinema is radically modern, accessible, and freer than fiction.

The mayor’s approach to agriculture is quite traditional, as he has always advocated that the farmland should remain within the community. But Patrice and Manu, whom we see in the series, have more contemporary approaches. One of them is engaged in commerce, and the other produces natural wine without fertilisers or sulphates. It's very much like documentary. Both documentary and agriculture are impossible without passion.

You have a vast experience in teaching; for instance, you have worked at the prestigious La Fémis film school. Is there a crucial message you want to pass on to future filmmakers?

Frederick Weisman said: “For messages, there is the mail.” I am interested in dialogues with students. Sometimes I genuinely admire them, and sometimes they disappoint me.

How would you characterise the documentary community in contemporary France?

In recent years, the themes of trans and LGBTQ+ people are still important. A certain narcissism, autobiographical narratives, and self-reflection are also en vogue. Cinema in its broadest sense is often colonised by journalism. This journalism can be good, but the two things have nothing in common: journalism and cinema are not the same, just like journalism and novels. Documentary cinema is despised as proletarian. It is considered very ambitious but poor. This is very sad, because it is undoubtedly the future of the cinema: trends often first appear in documentary cinema.