“I don’t want the system to recognise me” 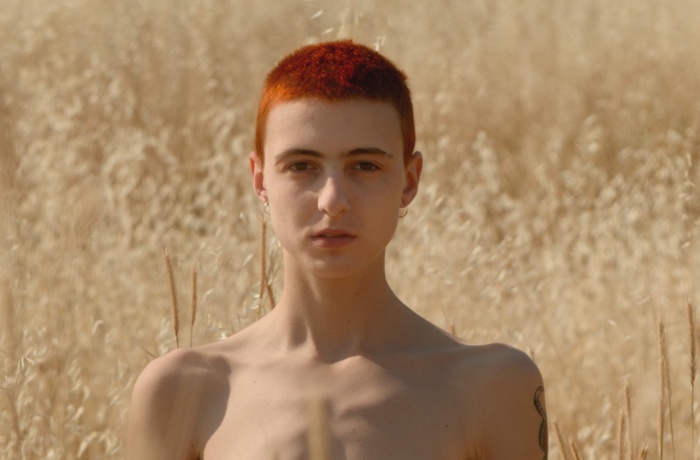 Eva is 25. She describes herself as a poet, a sex worker, a feminist, an anarchist and a model battling drug addiction. In Searching Eva, she talks about her life just as openly as she does on social media. She does not hide anything from her subscribers, her parents or herself. She was 14 when she realised that gender or any other identity only leads to violence and restrictions. “I didn’t know I’d become a sex worker. The system rapes us already. This way I will at least get paid for it”, she says in the film. Now Eva wants people to call him Adam, and use the pronoun ‘him’. He doesn’t want to identify with any gender. Oksana Semenyk talked with Adam about being open on social media, deconstructing identities and freedom.

I started documenting my life since I learned how to hold a pen. Drawings were first; then I started writing stories. I grew up at rehabilitation centres because my parents were drug addicts. They have been under treatment for a long time and don’t use drugs any more. In rehab, my parents had to write about their day every evening. I started doing this with them, looking at all these grown-ups doing their ‘homework’ every evening. I didn’t have internet until I was 15, which is quite late for people my age. It turned out that people online wrote about their days, feelings and lives as well. I thought: since I was doing it already, why not transfer it online from paper?

A blog helps you structure your thoughts. There might be something therapeutic about it. But for me, connecting with people is more important – understanding that they too experience similar stories and feelings. When I feel helpless, what truly helps is understanding that I am not the only one with traumatic experiences.

I approach social media and modern technologies critically. They seem to have been created to make people’s lives better. But really they are just another product of capitalism. It seems like they bring us closer together, but what we do is just consume and produce content.

I don’t believe that social media, internet and virtual communities can influence the feminist or any other human rights movements. All the revolutionary, creative and new ideas get lost before they get noticed.

Searching Eva wasn’t intended as a film about me. In this film, I am just a reflection of other people who seek to deconstruct identity. At first, the movie poster was supposed to have a phrase “A film about a ‘girl’ during a process of self-abolition”. I really feared that the film would make some sort of an idol out of me.

Just after the film’s release, I started feeling really uncomfortable because I was presented there as a ‘woman’. I noticed I was being perceived only in this role, which is why I came out and declared that I wanted to be transgender.

I would like people to stop perceiving identity as something solid and permanent, something you’d build once and stay forever with. Identity is ever-transforming. Since I was five, I have been changing names to those that suited me in a given life period. Gender identity is also about constant change. I don’t believe that ‘female sex’ or ‘male sex’ can fully describe a person’s gender or feelings. Sometimes I meet people who call me Francesca, the name my parents gave me. It upsets me because it shows that most people think they know me better than myself.

I’ve been changing homes and cities my whole life. This December, I bought a house in Athens. I hope it will become my place of comfort and safety. Though I don’t really believe that a place you can feel completely safe even exists. But it is nice to know that no one can evict you. I have experienced this a lot because of my mental disorder and inability to pay rent.