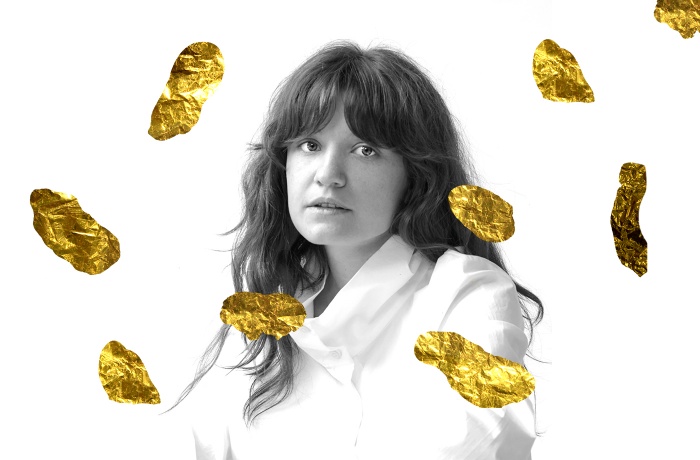 We have asked Iryna Tsilyk to tell us more about her film The Earth is Blue Like an Orange that takes part in the DOCU/UKRAINE national competition this year. The film will be available for watching today on April 26 starting from 6 p.m. and will remain so during 24 hours.

I, a coward, couldn’t dare to make a feature debut for years. And then suddenly I got a call from Ania (the producer), whom I barely knew, and she told me that there’s an interesting project which her company was about to pitch in a week, but its director suddenly left at the stage of idea development, so did I maybe want to take it up? We talked, I heard the two keywords—’Donbas’ and ‘Children’—and agreed without fully understanding what I was agreeing to.

The shooting in Krasnohorivka took a year: spring, summer, autumn, winter and spring again. In total, it took us two and a half years to do all the search, script development, trips to professional markets, participation in documentary workshops and so on.

Creating a film is an Odyssey where, on your way to the finish you’ve dreamt of, you have to make mistakes and fix them, despair and resurrect, and avoid the syrenas who tempt you with their sweet voices, singing “Take a break! Give up! How long can you torture yourself with this film!?”

I was very lucky to have my team. Without them, I wouldn’t be able to reach ‘home’. I was also lucky to have the protagonists like the ones I had. The fact that they loved cinema themselves and knew a lot about the film process was very advantageous to us. 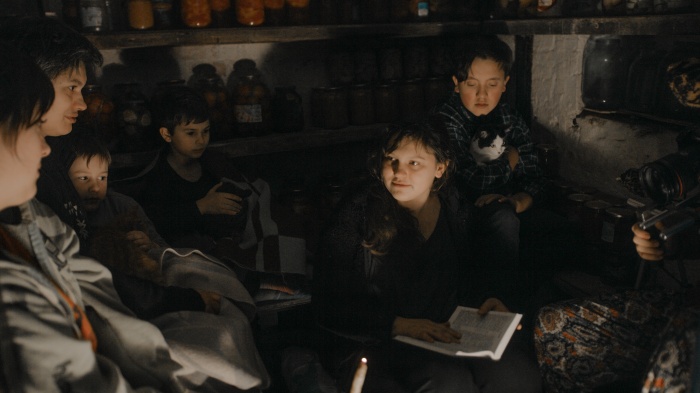 A still from The Earth is Blue Like an Orange

Our story is about ‘little people’, invisible to the big world, who, however, have to be very brave and survive during the war, in a somewhat unexpected way, trying to maintain their humanity and love of life. And although far from all viewers in the world know what war is, the majority of us understand what it means to live in a difficult time and how important it is to have something to rely on.

First of all, it’s very important to pick your team members correctly, because these are the people with whom you’ll have to sail together for a long time, sleep next to each other on the narrow train couches or in sleeping bags in buildings destroyed by the war (or, well, insert your version here), laugh together a lot (this is mandatory) and feel that they are the people who understand what ethics towards your protagonists is. In short, your team are your friends and family, otherwise all of this wouldn’t work.

Second, if you’re making a portrait film, it’s very important to spend as much time as possible around your protagonists.

Another moment is—for some people, this is obvious, but for me it was a new experience: you should take care of the future fate of your film way before you’ve reached the finish line. This is annoying and exhausting, but it works.