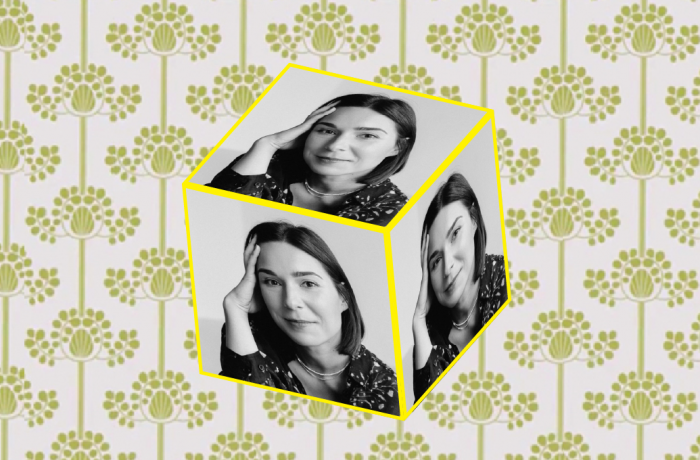 We are looking closely at each of the films in the national DOCU/UKRAINE competition. The film As Far As Possible by Hanna Iaroshevych tells the story of Michel from Germany who moves to Ukraine to save a local species of buffalo. Aliona Penziy has talked to Hanna about the film’s creation, the protagonist’s story and, of course, buffaloes.

One day, I read a post on Facebook by Bohdan Lohvynenko, who is now making the amazing Ukraїner project. Back then, he travelled to different Ukrainian cities, met interesting people and recorded their stories. The post included a short interview with Michel and several photos of his buffaloes. I had many questions after this text. I thought about it for a long time and decided to write to Michel. I said that I would be very interested in meeting him and maybe even making a film. He responded quickly, and in a week, my cameraman and I were already at the first trial shooting in the Carpathian Mountains.

Weren’t you scared of the buffaloes?

Sometimes I was a bit afraid. The cameraman seemed to be more scared. I think that the buffaloes don’t look as scary in the film, but in real life, it’s an enormous animal that weighs a ton.

We had many funny moments during shooting. We ran away from buffaloes, jumping over the electric shepherd (electric fences for domestic animals. Ed.) and got electric shocks, but luckily, nobody was injured.

If you were the protagonist of your film, which path would you choose: to move to the faraway Ukraine or to stay in comfortable Germany?

I see some similarities between my own story and the protagonist’s story. I’ve been in the family business for over six years, working with my mom. But I have such passion and love for cinema that I dedicate all my free and unfree time to shooting. So I would do the same as Michel did. Because, lofty as it may sound, I am convinced that you should follow your dreams in life. Even if it doesn’t look very logical and forces you out of your comfort zone. For Michel, leaving Germany, where his parents are almost millionaires, for a small village in Ukraine is definitely an experience of leaving his comfort zone. 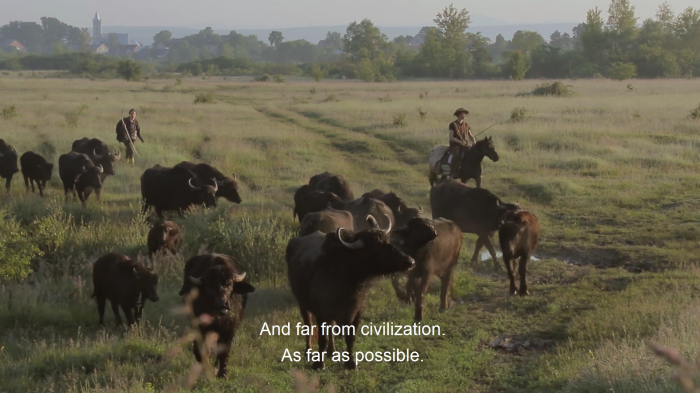 A still from As Far As Possible

It took you quite long to film this story. Is there anything your protagonist hasn’t given you access to?

We have filmed essentially everything we wanted to. It’s very important that the film includes not just the story of Michel’s mission and his work with the animals, but also his private life. Because they are closely intertwined. Of course, filming intimate moments of his relationships with his girlfriend or parents was more difficult. We spent a lot of time meeting and establishing contact with all the family members so that they come to trust us and allow us into their lives.

We had six filming stages and visited Michel for about a week either in Ukraine or Germany every time. Only the DOP, Serhiy Kireyev, and I went to shoot. This, in my opinion, was what helped us find common ground and see the more hidden aspects of the protagonist’s life. In the time it took us to shoot, Serhiy and Michel even became friends.

Does the film protagonist’s work really help increase the population of the Carpathian buffalo, or is it just a dream so far?

Michel recently answered this question himself: “I no longer save buffalos, I’ve already saved them.” When we started filming, he had the only and the biggest herd of buffaloes, over 35 specimens. And now, Michel’s buffalos live in the wild at a nature reserve in Odesa Region. Some of the buffalos he bred spent last summer in the Dandelion Valley in Zakarpattia, and buffalo farms started cropping up near Kyiv, where you can buy products made from buffalo milk. We’ve made socks with buffaloes, we’re showing a film about buffaloes at Docudays UA: Michel has definitely made buffaloes trendy and popular.