The Winners of Docudays UA-2021 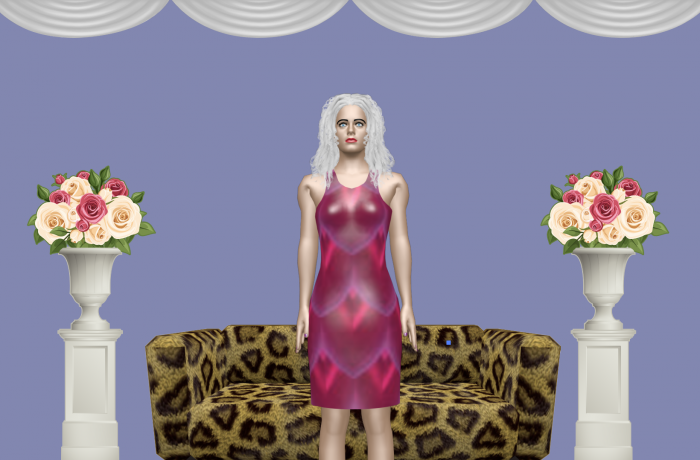 The 18th International Human Rights Documentary Film Festival Docudays UA has announced the winners. However, this is not the end of the festival. We invite you to join our screenings at DOCUSPACE platform until March4. And now meet this year's winners!

DOCU/WORLD is the international competition of feature- and medium-length documentaries which are longer than 30 minutes. It presents creative documentaries that reveal human rights, ethic and social issues with unique artistic vision.

The jury of the DOCU/WORLD international competition of feature-length and medium-length films includes Iryna Tsilyk, a Ukrainian filmmaker, screenwriter and writer; Marek Hovorka, the director of the Ji.hlava IDFF; and Emma Davie, a filmmaker and tutor.

Elegant and impressive, this film talks about those who disturb the spirit of the forest and its ancient creatures with all its roots, stories, silent cries and whispers. With imagery which will burn in the mind long after viewing, the film follows the effects of the absurdist megalomania of one man’s desire to conquer nature. The prize for the best documentary film in DOCU/WORLD competition goes to Taming the Garden and its Princess Mononoke, the director Salomé Jashi, who stands on guard for both trees and human beings.

An urgent, terse film which is uncomfortable and essential. With an economical use of imagery and resonant reflections on the devastating POV we are witnessing, the film explores how the human act of seeing has been weaponised by the war technology which pilots use to kill using thermal technology. The film is a profound witness to a new stage of warfare with its distant, chillingly controlled and indiscriminate violence.

The DOCU/UKRAINE National Competition includes five films which look for answers to eternal questions through the lens of their protagonists’ personal search.

The best films in the DOCU/UKRAINE national competition have been chosen by the writer and critic Michael Sicinski, the programmer Myrocia Watamaniuk, and Olha Birzul, a culture manager and film programmer.

Ivan’s Land directed by Andrii Lysetskyi is an acute portrait of the painter Ivan Prykhodko. The film affectionately showcases his personal, almost shamanic creative method and exposes to a broad viewership the inner world of the artist abound in the imagery of Ukrainian folk culture.

A study of tenacious motorcycle racers traveling from Kyiv to Utah to put their hand-tooled bike to the test, Salt from Bonneville represents an exceptional achievement in cinematography.

DOCU/SHORT is the international competition of short documentaries which are up to 30 minutes long.

A visceral and yet thoroughly sensitive portrait of one man’s ongoing trauma. AN OCEAN makes real the unabating struggle between triggers, memory and calm in one man’s determination to survive childhood sexual abuse rather than remain its victim.

The White Death of the Black Wizard forces the ghosts of slavery into the light. The filmmaker’s use of archival material and first-person testimony reassert the need to name the injustices of colonisation that history seeks to forget.

The RIGHTS NOW! award is given to creative documentary films which explore the contemporary world and make a significant contribution to the discussion of human dignity, freedom and equality. Eight films from all the film programmes of Docudays UA have been nominated for it.

The winners in the RIGHTS NOW! nomination have been determined by Oksana Pokalchuk, the director of Amnesty International Ukraine; Tolekan Ismailova, a Kyrgyz human rights defender; and Oleksandr Solontai, the head of the practical policy programme and an expert at the Institute for Political Education.

The film’s protagonist represents a collective image of human rights activists from countries with high inequality and poverty. Despite all risks, she continues fighting for human rights. The film shows the hidden side of her life: a complicated relationship with her daughter. This is a painful topic for many women engaged in human rights advocacy, yet they often keep silent about it. The film portrays the dialogue of generations, where the older one is hopeful of a safer life for the younger, and illustrates the role of female human rights activists in positive transformations and the struggle for a better future.

The film unveils the tabooed subject of obstetric violence, contributing to both awareness and human rights advocacy. It brings to the screen pain and fear that used to be embarrassing and scary to discuss.

The film depicts the path that LGBT+ youth takes in different parts of the world. Young people are forced to move from place to place, seeking acceptance and opportunities to live without violence and humiliation. This film evidences the importance of respect for human rights and freedoms, the inacceptability of discrimination on any grounds, and the universality of human rights.

The television platform Current Time TV has rewarded its favorite with a $3,000 prize.

For the monumental artistic work immersing the viewer into the black and whites of eternal living in between, for the archetypal depiction of war in its constant presence and for subtle portrayal of the fragility of the human being, Current Time TV is awarding the film This Rain Will Never Stop, director Alina Gorlova.

Every year, the Docudays UA has a Student Jury which chose its best film.

The film showcases the issue of injecting drug users' position in society. This complex story of an attempt to overcome addiction inspires the viewer without demonization of the protagonist. The clear and meaningful artistic delineation of space, the color correction, and the duration of shots create a unique atmosphere, making this film special.

The director’s work creates the effect of full immersion into the main characters’ story. The use of natural light and the organization of frames blur the line between the protagonists’ reality and the cinematic language.

The film raises the urgent yet underdiscussed issue of obstetric violence. A comprehensive portrayal of this complicated theme prompts the audience for reflections.

Every year, the festival's team rewards one film among the competition's participants. Andriy Matrosov Award has been founded by Docudays UA organizers in the memory of Andriy Matrosov, the Festival’s producer who died in a car accident on 16 February 2010.

For the combination of high professionalism, childish authenticity, and love in the depiction of relations between nature and people. For thoughtfulness and delicacy in the exploration of invisible energies of land and heritage that are inherent in every one of us.

For the role model of life in art and the powerful energy of drive for perfection.

The Audience Award winner was determined based on an audience survey. The spectators have chosen their favourite film among all participants of the competition programme. So, the winner is: