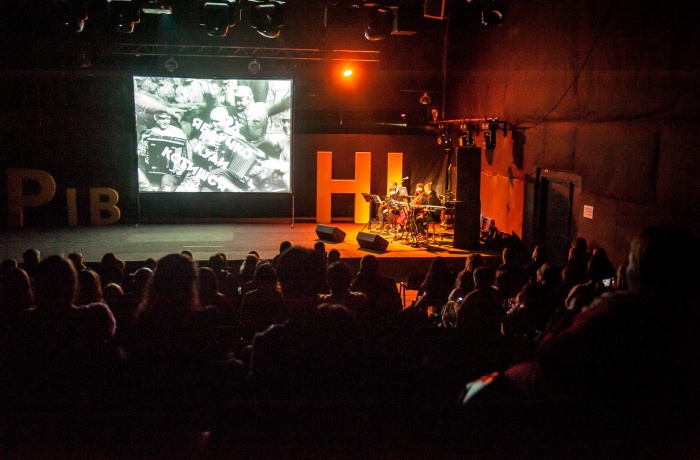 Docudays UA calls on the State Film Agency to revoke its Decree 100 about the reorganisation of the Dovzhenko Centre. This document de facto means liquidation of the national film archive and dismissal of a team of experts who have consistently worked on preserving, researching, and popularising Ukrainian cinema since 1994.


Dovzhenko Centre is the film festival’s partner. Since 2011, we have been popularising Ukrainian documentary cinema and sharing its history together.


According to the State Film Agency’s decree, the film library (tapes and digitised copies of films) and property of the Dovzhenko Centre have to be handed over to the State Institution Scientific Centre of Cinematography of Ukraine, whose main field of work, according to the Unified State Registry information, is “higher education,” and which is the assignee of the Scientific Centre for the Development of Tourism. Thus, the State Film Agency is putting a de facto “dormant” institution, which has not been engaged in any activities since its founding during the presidency of Viktor Yanukovych in 2011 and which has no staff, relevant competency or even a website, in charge of Ukraine’s unique cinematic heritage.


Neither in the preamble to its decree nor in its public communications has the State Film Agency provided any justification of this decision. In addition, the decree does not explain the future fate of the museum collection and paper archive of the Dovzhenko Centre, which are inseparable from its film library.


A copy of the Ukrainian State Film Agency’s decree about the reorganisation of the Dovzhenko Centre can be found at this link.


We believe that this encroachment on Ukraine’s national memory, cultural heritage, and image is unacceptable.


We call on the State Film Agency, the Cabinet of Ministers of Ukraine, the President and the Verkhovna Rada to restore justice regarding the National Oleksandr Dovzhenko Centre.


We demand that the State Film Agency revoke the decree in question. And that they hold consultations with the Dovzhenko Centre team and the public regarding the company’s further strategic activities.


We ask the Ukrainian and international film communities to join in raising the public profile of this situation.


We also offer everyone to help save the Dovzhenko Centre by signing the petition at this link.

Main photo from the Award Ceremony of the Docudays UA-2018 at the Dovzhenko Centre. Photo by Sergii Khandusenko.