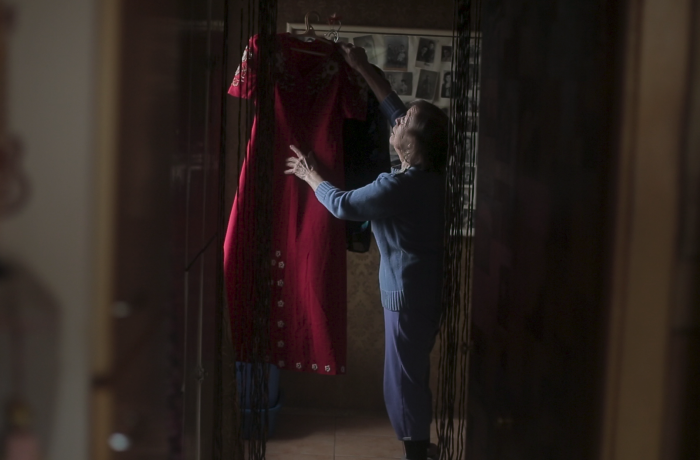 On September 1-3, the international SEE UKRAINE: DOCUDAYS UA ON TOUR project will visit Madrid. The festival screenings attended by the films’ authors will take place in the Cineteca Madrid, a cinema that specializes in auteur and documentary films.

These films are Ukrainian Sheriffs by Roman Bondarchuk, which tells the story of men who maintain order in their village. In 2015, the film received a Special Jury Award at the IDFA, and in 2016, it was nominated by Ukraine for the Academy Award for the best foreign language film.

The artistic film about the lives of shepherds in the Ukrainian Carpathian mountains, Living Fire by Ostap Kostyuk, received a Special Jury Award of the Hot Docs Canadian International Documentary Festival in 2015, and was named the best documentary at the 18th Olympia International Film Festival for Children and Young People in Greece in the same year.

The Leading Role by Serhiy Bukovsky tells the story of a film actress Nina Antonova, the director’s mother, and of the difficulties that a woman must overcome to realize herself as an artist, a wife, and a mother. In 2017, the film received the National Film Award Golden Dziga, and at the 8th Odesa International Film Festival, it was awarded as the Best European Documentary.

The screenings will be followed by meetings and discussions with the films’ authors. The festival will be opened with a world classic, the black and white silent film The Eleventh Year (1928) by Dziga Vertov. The film is about the 1920s, the period of industrialization in the Ukrainian SSR, when the young generation of artists believed in the happy socialism, created new mythology with great inspiration, and by doing it, fed into the Soviet propaganda. The film screening will be accompanied with live music by the piano player Sofia Turta and the composer Anton Baibakov, who created an original soundtrack for this film.

SEE UKRAINE: DOCUDAYS UA ON TOUR is supported by the Open Society Foundation and the International Renaissance Foundation.

On photo: The Leading Role by Serhiy Bukovsky