March 24: what to attend on this day 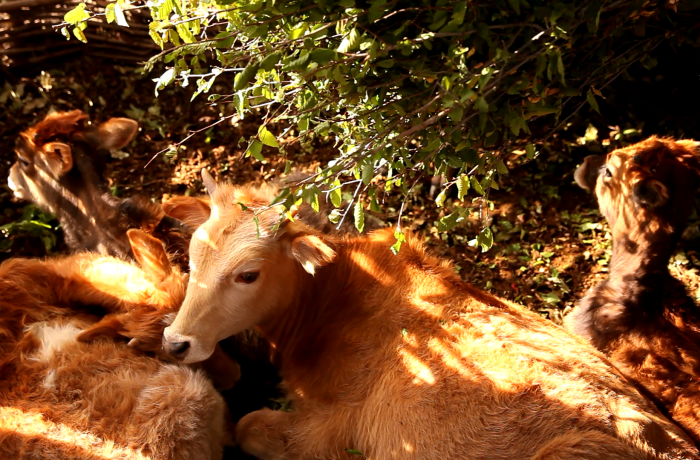 Ukrainian Doc Preview is a presentation of seven best Ukrainian films at the rough cut/post-production stage to a group of festival programmers, representatives of international sales companies and funds. The best project will receive a special prize from the International Documentary Film Festival Beldocs. The winner will have a chance to participate in the festival’s professional platform, Beldocs in Progress International, where they will have an opportunity to present their project to a wider circle of the international industry.

The screening of the film Occupied Cinema inspired us to talk about the Ukrainian context and examples of struggle and reclaiming public spaces in Ukraine. In Soviet times, such functions of public spaces as leisure and community building were instrumentalized by the state to spread propaganda and control the citizens. Today, many facilities of the cultural infrastructure have remained in Ukraine since the Soviet times can and should transform from “quasi-public spaces” (like in the Soviet period) into contemporary culture and art centers.

Shut the Fuck Up

Discussion “Defenseless defenders: Why are activists attacked and how to stop it?”

Activists present the monitoring report by the Human Rights Information Center titled The Situation with the Freedom of Association and Persecution of Civil Activists in Ukraine in 2017–2018. The report describes cases of physical violence against activists (including murder and property damage), fabricated criminal and administrative persecution, threats, surveillance and discreditation campaigns against civil activists. The film Shut the Fuck Up, which was among the winners of the CIVIL PITCH: Civil Activism Films competition, tells the story of the 18-year-old activist Serhiy Chaharov, who fights against illegal construction and corruption in his village.

The film Facade Color: Blue is one of the winners of the CIVIL PITCH: Civil Activism Films competition. The film’s story is about Florian Yuriev, an architect, artist, violin maker, theoretician and poet, who at the age of 90 realizes that he has to master another, completely new skill. In order to save his architectural project, Kyiv’s “Flying Saucer,” from turning into a part of a shopping mall, Florian Yuriev launches a campaign against the arbitrary power of developers in the capital.

Discussion with the editor

Still Recording is a documentary that follows art students Saeed and Milad, who decide to leave Damascus and go to Douma, a suburb under rebel control. Over more than four years, the film depicts the two friends and their acquaintances as they go about their daily lives, capturing the transformation of the city of Douma and its people as they go through liberation, war, siege and hunger. More than 500 hours of footage was shot, and the young men face grave questions about life and death, revolution and armed struggle, dreams and doubts, fear and love, and the use of art in a world facing destruction.

Discussion with the film crew

Life as a herder is hard and solitary, but 80-year-old Iranian woman Firouzeh loves the ever-changing nature, the hard life and her faithful cows. She hikes across the rugged landscape, lugs bundles of wood and still nimbly climbs trees. The film follows this strong-minded woman as she tells the story of her life, with work and fate as the dominant themes. This striking portrait captures one of the last female herders working in the traditional way, an indomitable woman who ultimately chooses independence.